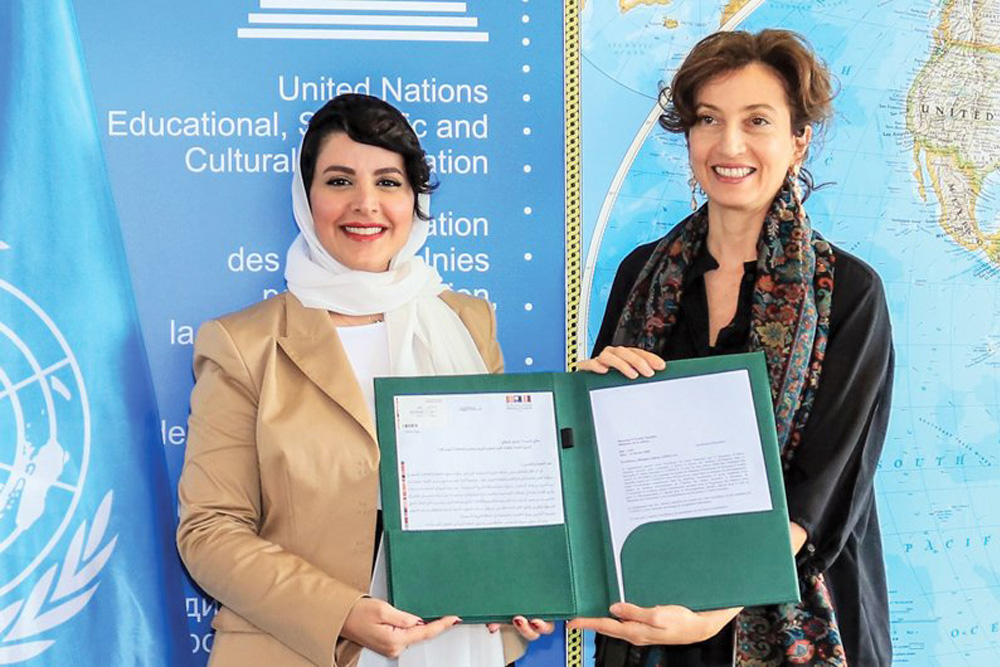 Princess Haifa bint Abdulaziz bin Mohammed bin Ayyaf Al Muqrin started off her week in Paris to present her credentials as Permanent Representative of the Kingdom of Saudi Arabia to the Director of United Nations Educational, Scientific and Cultural Organization (UNESCO), Audrey Azoulay.

Her royal highness went on to review and discuss KSA’s contributions to UNESCO’s various initiatives. During the meeting, the pair agreed of the importance of strengthening cooperation with UNESCO in all fields to promote peace and harmony between people of different cultures.

Before leading this aspiring role, this Saudi woman served as the assistant undersecretary for sustainable development affairs in the Ministry of Economy and Planning besides her role as the assistant undersecretary for G20 affairs within the same ministry. Princess Haifa Al-Muqrin entered the field of education, a lecturer at King Saud University in Riyadh and for the UN Development Program, she worked for several years on programs focusing on social development and human rights.