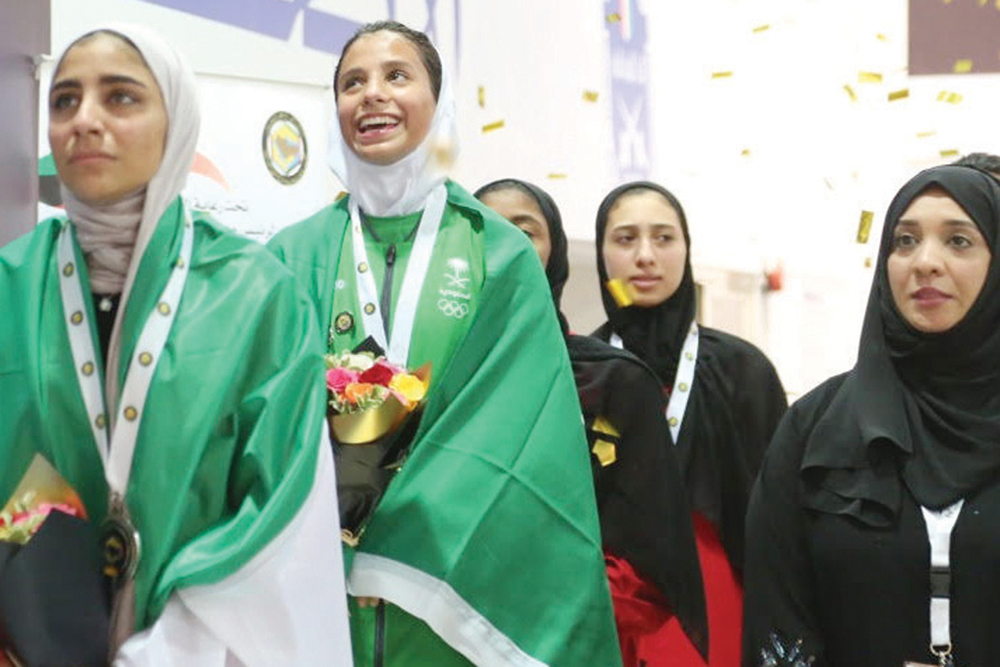 On Monday, Saudi Arabian fencer, Hasnaa Hammad represented the kingdom and won the country’s first medal at the GCC Women’s Championship in Kuwait.

Taking home the gold medal, she beat her opponent, Shahed Khurram of the UAE with 15 points to 6.

Head of the Saudi delegation, Princess Noufbint Khalid, was delighted at Hammad’s win and said that the victory is proof that Saudi Arabian women are more than capable of winning and making their mark in history.

At the same time, the female Saudi bowling team began their competition and saw Saudi bowler, Hadeel Termin, secure her place in the top 10, as she participated in the singles competition and came in 9th out of 20 participants from 5 different countries. Her fellow Saudi teammates ranked: Amani Al-Ghamdi at 18th place, GhadaNimr at 17th and MashaelAlabdelWahed who ranked 13th.