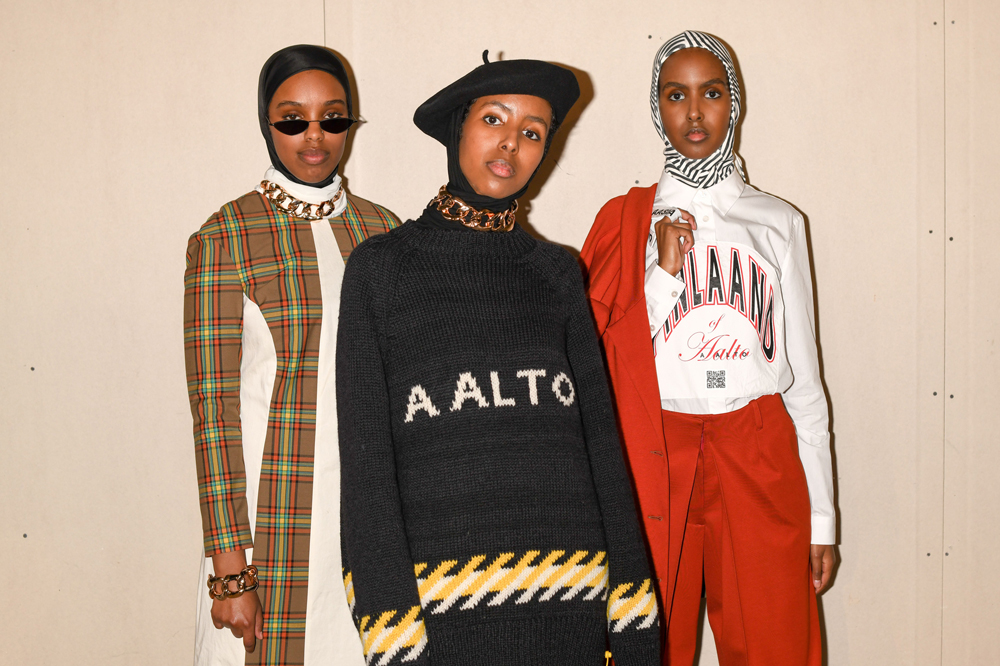 Over the past year, we’ve seen a focus on veils and turbans across high fashion runways – especially with the rise of modest fashion not only emerging in our local malls, but also within the collections of high end designers, including Valentino, Dolce & Gabbana, Marc Jacobs and Michael Kors to name a few.

Across all of the fashion weeks, from New York to Milan, we saw collections that would appeal to the modest wear market, with international designers adorning their models in flamboyant turbans and expertly tied headscarves and hijabi models who choose not to compromise their modesty – modelling career or not!

Finnish label Aalto’s Fall 2019 RTW collection debut featured four hijab wearing friends from Finland, who stormed the runway together in Paris, with no prior modelling experience. They took to the catwalk in the label’s modest looks which consisted of wide legged pants, oversized knits and outerwear and of course, their hijabs.

Algerian model, Feriel Moulai also walked the ramp in Paris for the second time for Christelle Kocher’s womenswear line, Koche. The model, who is signed to Brussels agency, Dominique Models and Bame Models in England, was first spotted last year for Koche’s SS19 presentation in Paris last year, as well as at London Fashion Week.

One of the hijabi faces most watched out for this fashion month was Ugbad Abdi, who like Somali-American model Halima Aden, spent her early years in a Kenyan refugee camp before moving to America at the age of 9. The 18-year-old model of Somali origin has piqued the interest of international casting directors following her debut at Paris Couture Week this year, going on to strut on the catwalks for some of Fall 2019’s biggest shows including Fendi, Lanvin, Burberry and more.

These are the hijabi girls paving the way for inclusivity within the fashion industry: 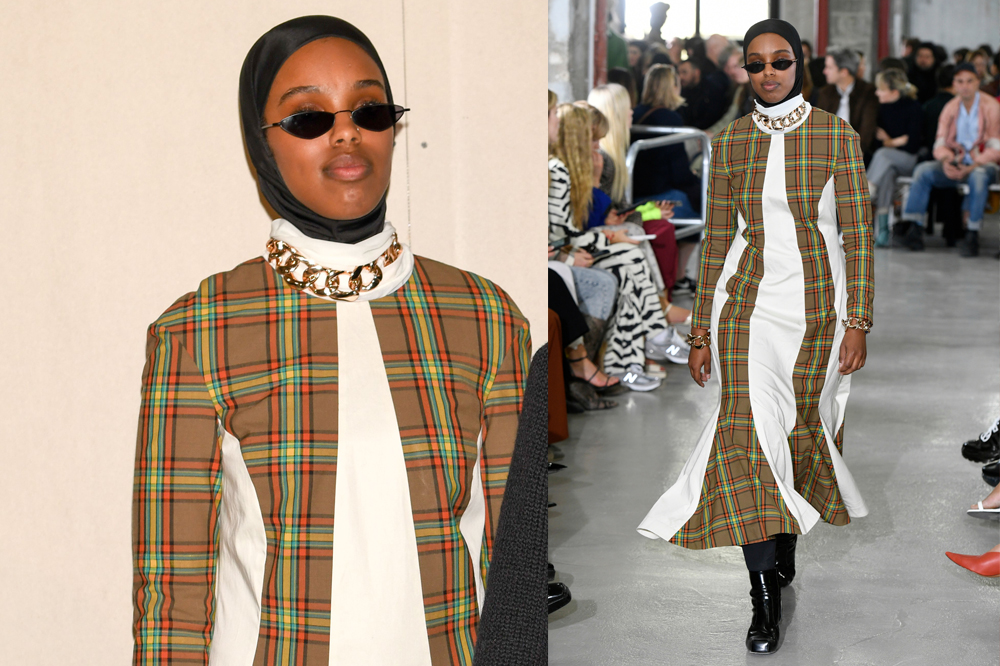 Part of the Finnish squad spotted on Aalto’s Fall 2019 catwalk, Zahra had little experience when it came to modelling. Her Instagram had stated prior to London Fashion Week that she was set to appear but was cancelled from the model lineup at the last minute because “the designer didn’t know about my religion/being modest,” and we’re glad to see that it didn’t stop her one bit. 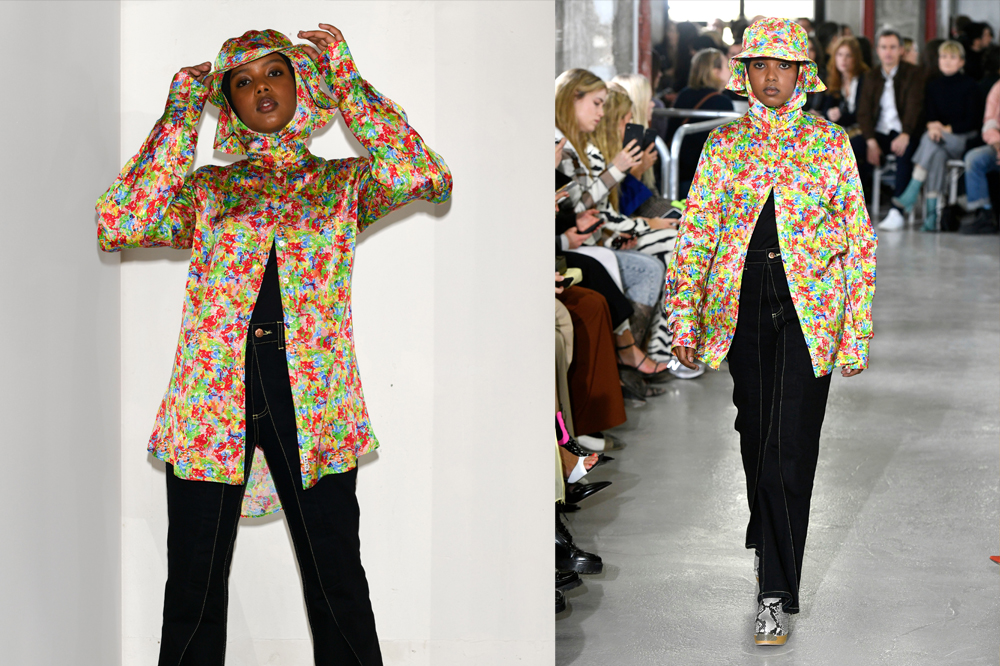 This Somali model, also part of the Finnish girl gang, took the Aalto runway by storm as she walked in a colourful printed jacket that had a hoodie turned hijab, taking a unique direction with modest wear. Sharing her excitement on social media, she shared images from the show and stated, “Thank you Paris. You will be forever in my heart #parisfashionweek #pfw. Thank you everyone for showing so much love and support!! Love you all.” 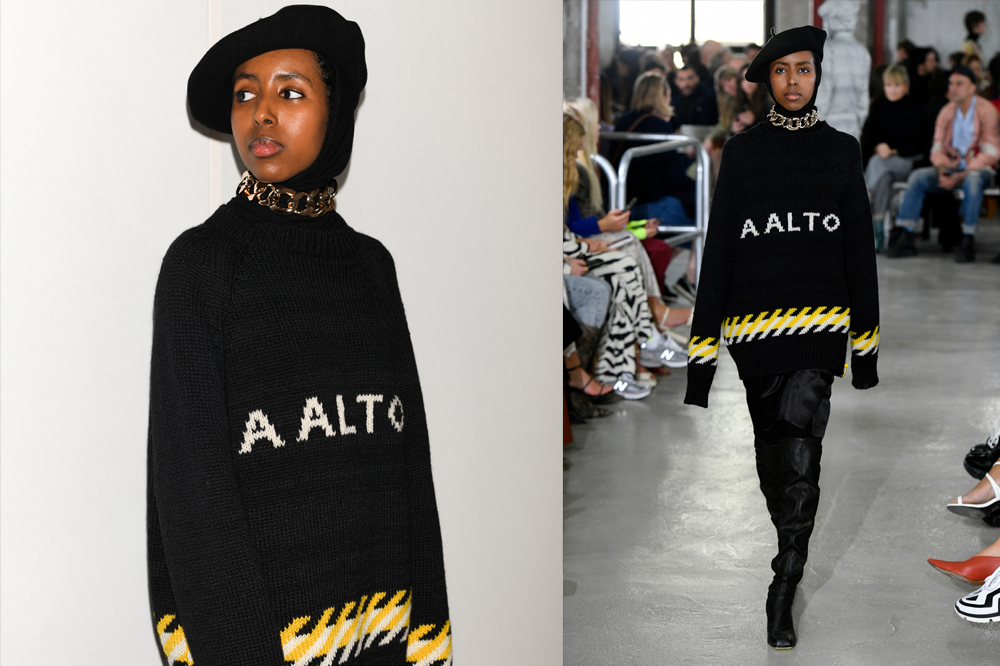 Third member of the Finnish group of friends, aspiring model, Fatima stunned at Aalto as she walked in an oversized knit with “AALTO” emblazoned across the front. Posting a number of BTS shots from the Paris show, she also had something to say about sisterhood, “I walked in Paris fashion week with my sister and made some new sisters. And the support we’ve had from all of you is unreal!! Thank you so so so much to everyone.” 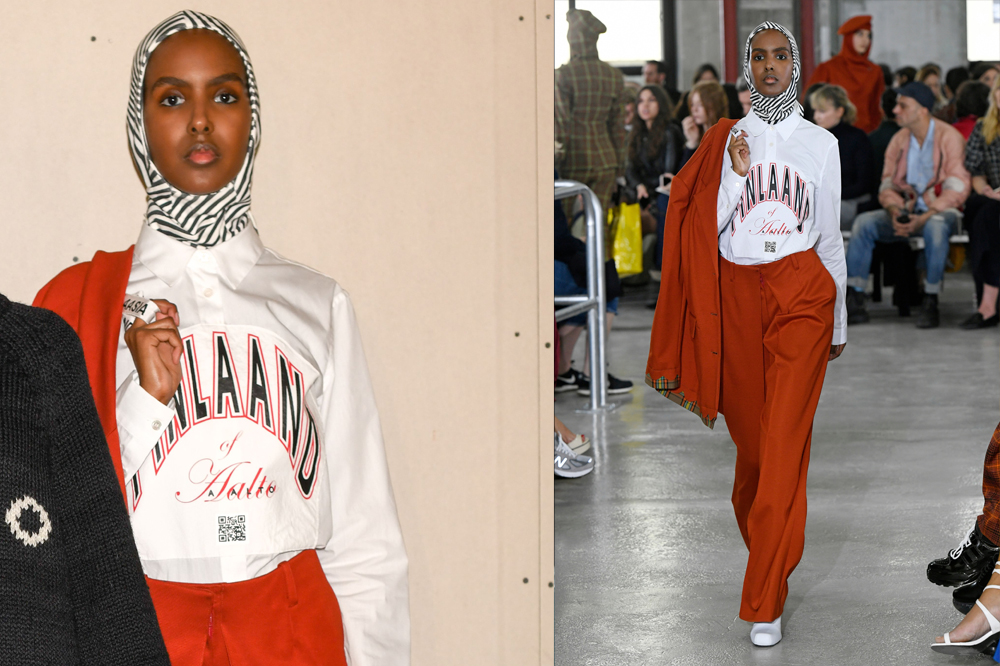 Making her catwalk debut in a radical red tailored suit paired with a button up with “Finland of Aalto” written on it, Aisha was nothing short of a natural despite not having modelled before. She also thanked the brand, and her friends for the experience on social media, “@tuomasmerikoski I am so proud and blessed that I was part of your show along with my sister and my two Somali sisters. Thank you for having us and big congrats. Thank you to the whole AALTO team that worked tirelessly to make this amazing show happen.” 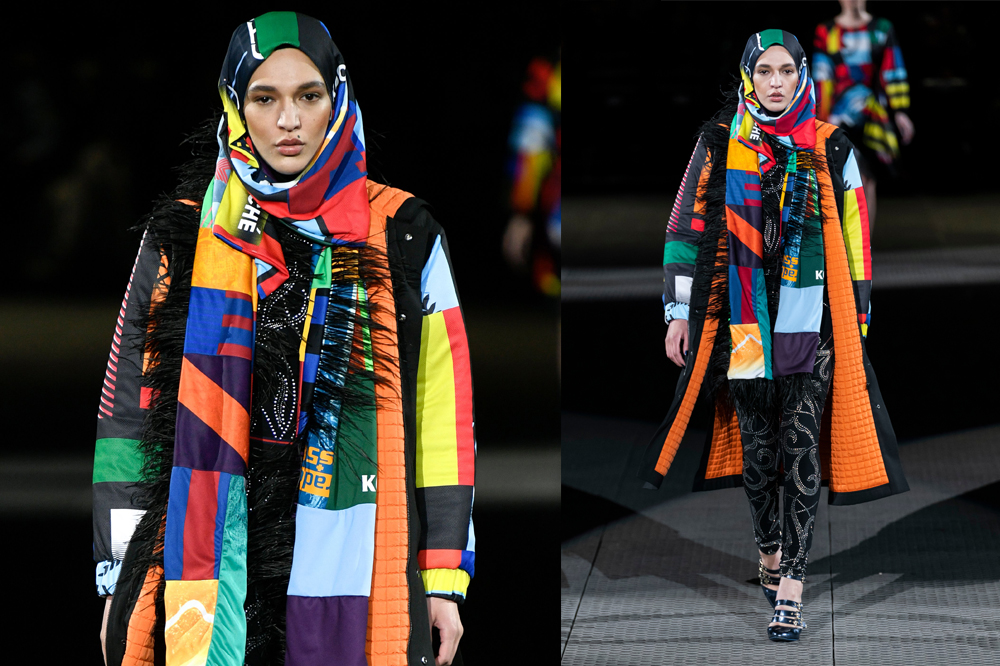 Feriel Moulai is a biochemist turned model based in Belgium who caught the eye of international modelling agencies when she walked for Koche last year. Not only did she make waves then, she also walked at London Fashion Week for IA London’s dramatic show sporting duct tape on her mouth. 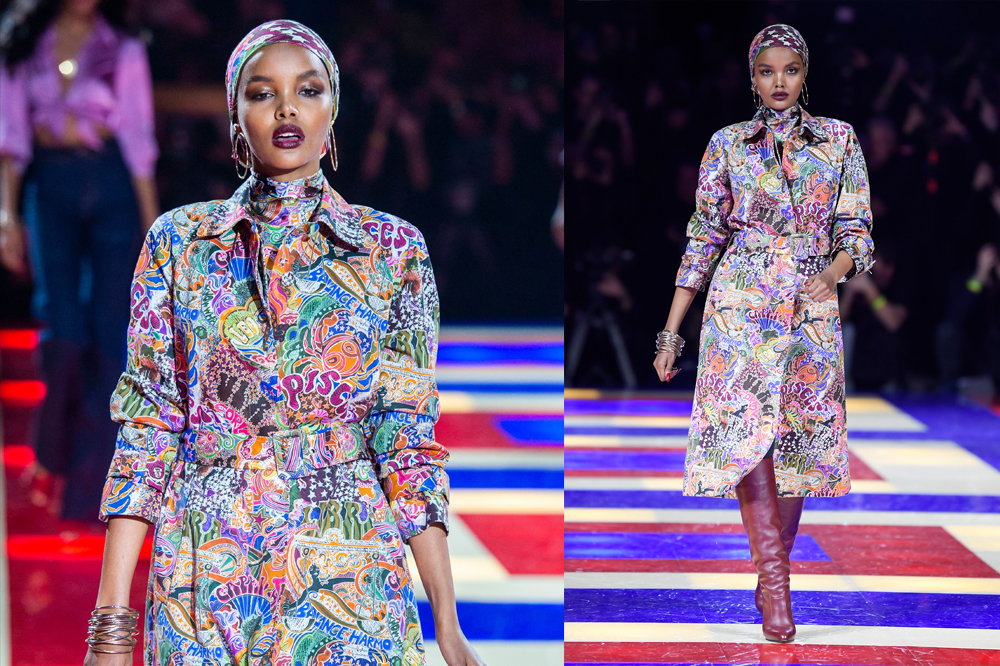 Halima Aden made her modelling debut just under 2 years ago and hasn’t looked back since. Before her, there were no hijabi models being casted on the international fashion week schedules and with Halima now being one of the most sought after models, the fashion industry is definitely working harder to be inclusive. Aden was first spotted when she participated in the Miss Minnesota USA beauty pageant and rocked a burkini for the swimwear segment, leading her to gain media attention and a contract with IMG Models. She made her first ever fashion week debut in 2017 in New York when she walked for Kanye West’s Yeezy Season 5, going on to walk for Sheri Hill and Christian Cowan in a crystal hijab. The 21 year old Somali American model didn’t rock London and Milan this year, but stormed the runway for Tommy Hilfiger in Paris for his Fall 2019 collection. She shared pictures from the show on Instagram, captioning, “My first Paris fashion show could not have been more special thanks to @zendaya & @tommyhilfiger!! What a powerful tribute to women.” 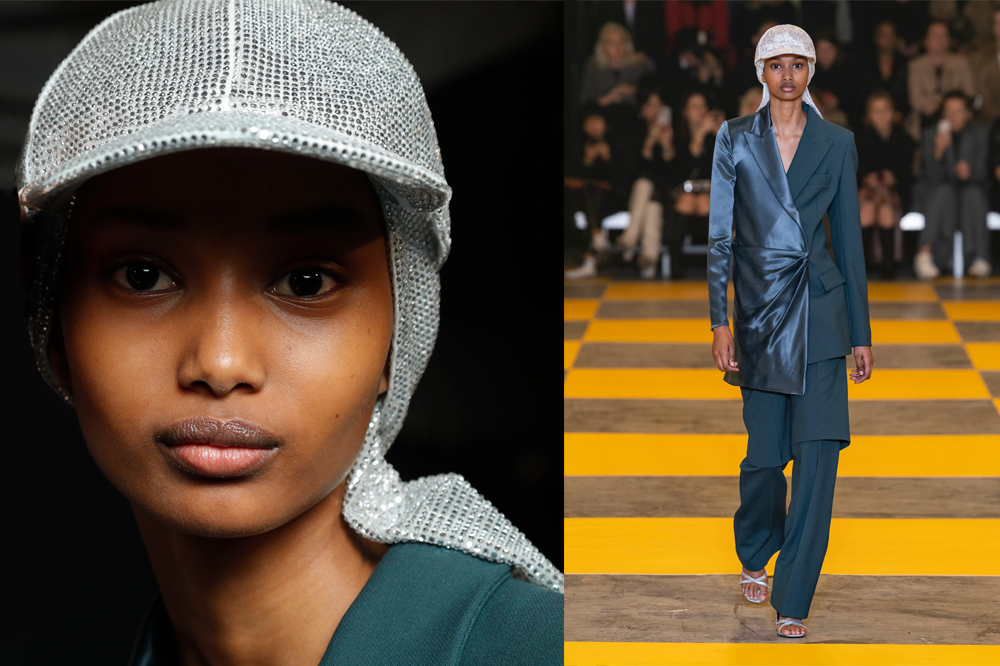 Ugbad Abdi, from Iowa in America, was first spotted this January as she walked in Valentino’s Spring 2019 Couture runway and has since become a favourite face among high end designers. She went on to walk for Anna Sui, Marc Jacobs and Matty Bovan in New York; Victoria Beckham, Simone Rocha and Burberry in London; Max Mara, Roberto Cavalli and Fendi in Milan; and finally Off-White, Lanvin, Ann Demeulemeester and Valentino in Paris – just this fashion month.

Abdi has been the first hijabi model to walk for Fendi and it was a momentous occasion for the 18-year-old model as she too took to social media to express her joy at such an achievement, “I just don’t even know where to begin with this one. I’m literally speechless. The energy in this room was like none other. Walking for @fendi @silviaventurinifendi and being the first hijab wearing woman to do so is just so incredibly unbelievable in itself but the fact that I walked in @karllagerfeld last collection with Fendi is…. words could never describe how I felt being so fortunate enough to walk in Karl’s last creations alongside such strong and incredible women.” 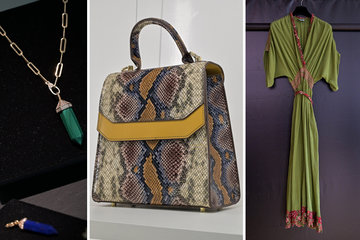 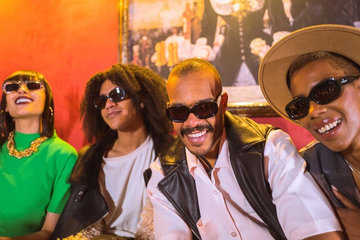 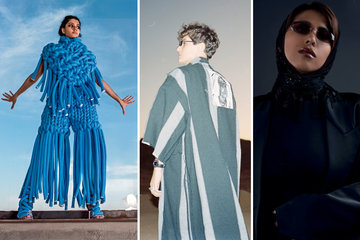 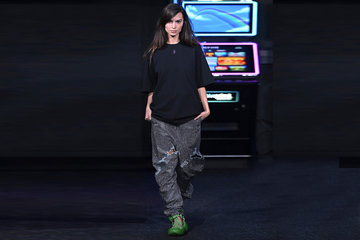 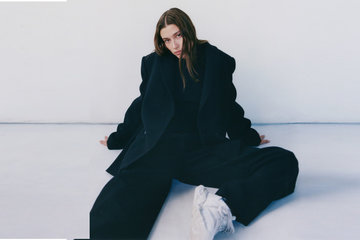