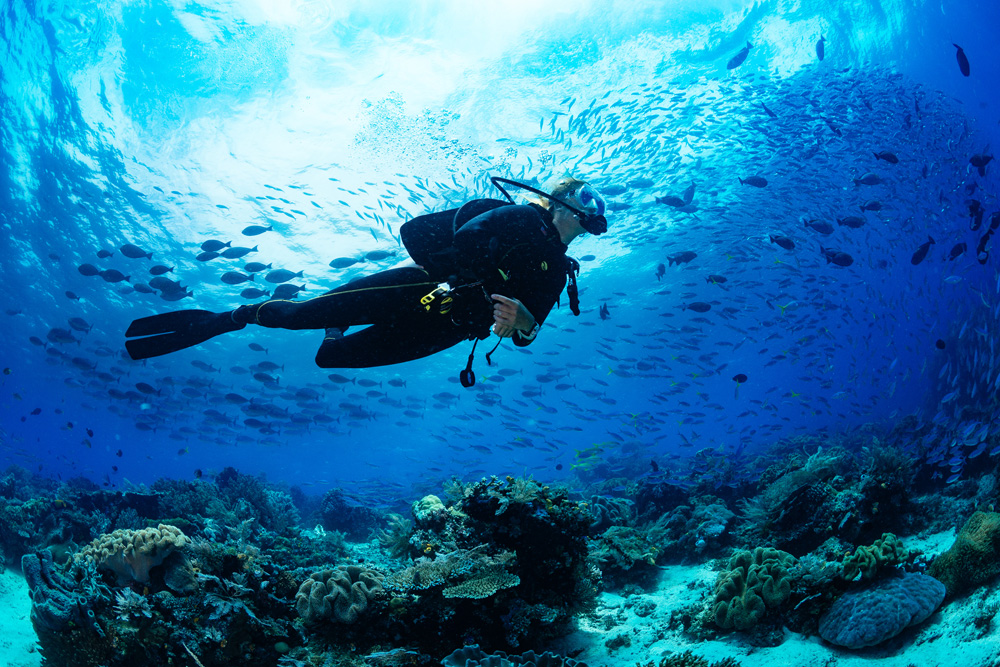 Just this week, the Saudi Commission for Tourism and National Heritage (SCTH) announced that the regulations for tourist visas have finally been completed. Once approved, their issuance is expected to significantly impact the Kingdom’s emerging tourism industry, and individuals such as diver Nour Alosaimi who know what Saudi Arabia holds in terms of untouched and unexplored nature are excited.

Alosaimi, who has been diving since 2009, is not the only female instructor in Saudi Arabia but is perhaps the only one who left the corporate world behind, diving deep into her passion and making a living out of it. The 29-year-old diver spends her days exploring the glimmering turquoise waters of the Red Sea, getting familiar with its wildlife and natural beauty. A PADI Master Scuba Diver Trainer, Alosaimi is a pioneer in her field, holding a local record for the deepest dive by a Saudi female at 345 feet (105 meters). The technical dive required five tanks and lasted more than 70 minutes. 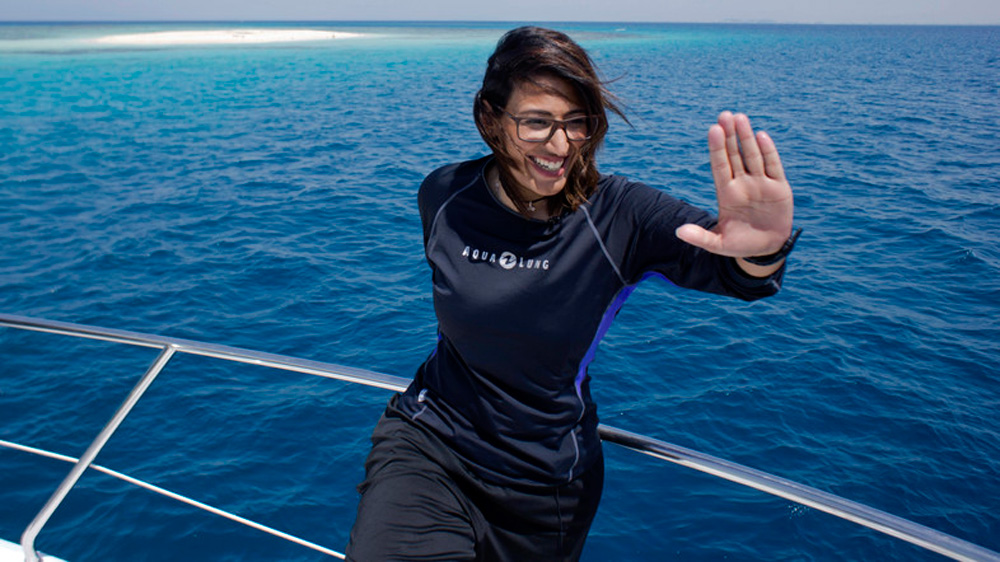 Speaking to Saudi Gazette, Alosaimi shared her excitement at Saudi Arabia’s current journey towards developing its tourism sector and opening its doors to the world. Alosaimi’s passion for diving takes her on an hour-long bus ride to work each day from Jeddah to King Abdullah Economic City. There, she works at a dive center recently opened at the Bay La Sun Marina and Yacht Club in preparation for the Kingdom’s plans to open up to tourists later this year.

“We are here on an island in middle of the Red Sea. We want to discover this place […] We may find this island beautiful for a picnic. We are creating a diving product here,” she explained while on a discovery dive around a small, sandy island in the Red Sea.

She highlighted in the article that the investments being made in the Kingdom’s nascent tourism sector also mean the opening up of miles of untouched coastline teeming with unexplored seascapes for her and other divers, adding that women will now be allowed even more opportunities to contribute directly to the Kingdom’s reformation efforts. 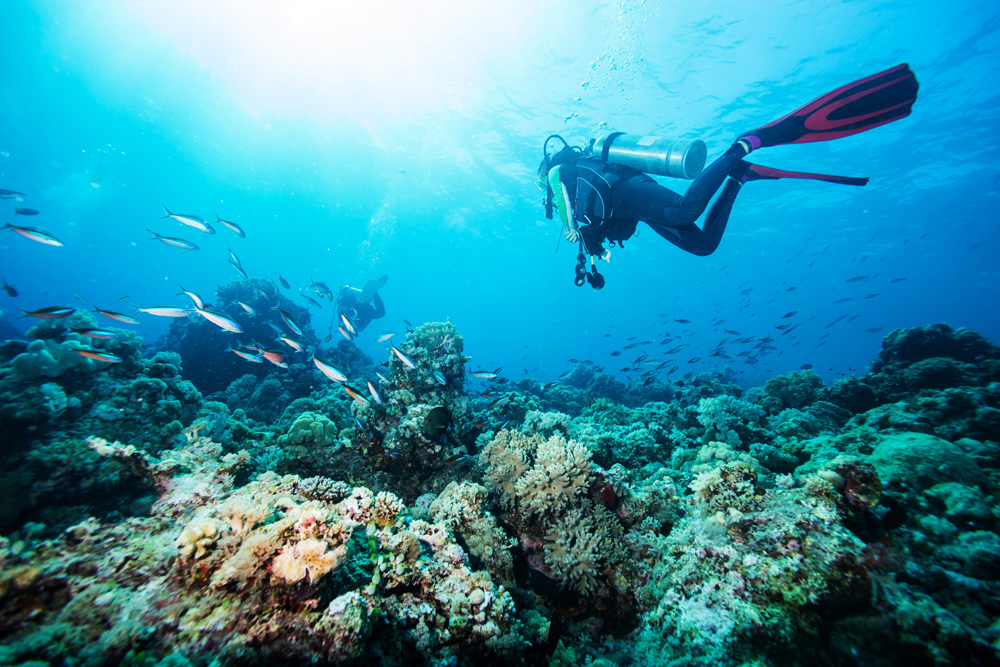 One lesser-known change has already had a huge impact on Alosaimi’s life. She explained that the Saudi Border Guard no longer stops women from going out on boats without a male guardian, which means that she and other female divers are not restricted to doing shore dives and can now explore the waters freely.

As founder of Pink Bubbles, which since its establishment in 2013 has been targeting female divers and non-divers, encouraging them to start scuba diving while also spreading marine and shark awareness, Alosaimi credits diving for empowering her, pushing her towards new experiences and pursuing her goals, and teaching her to handle whatever challenges life throws at her.