Tahera Rahman has just become the first hijabi woman in North America to present the news on TV. 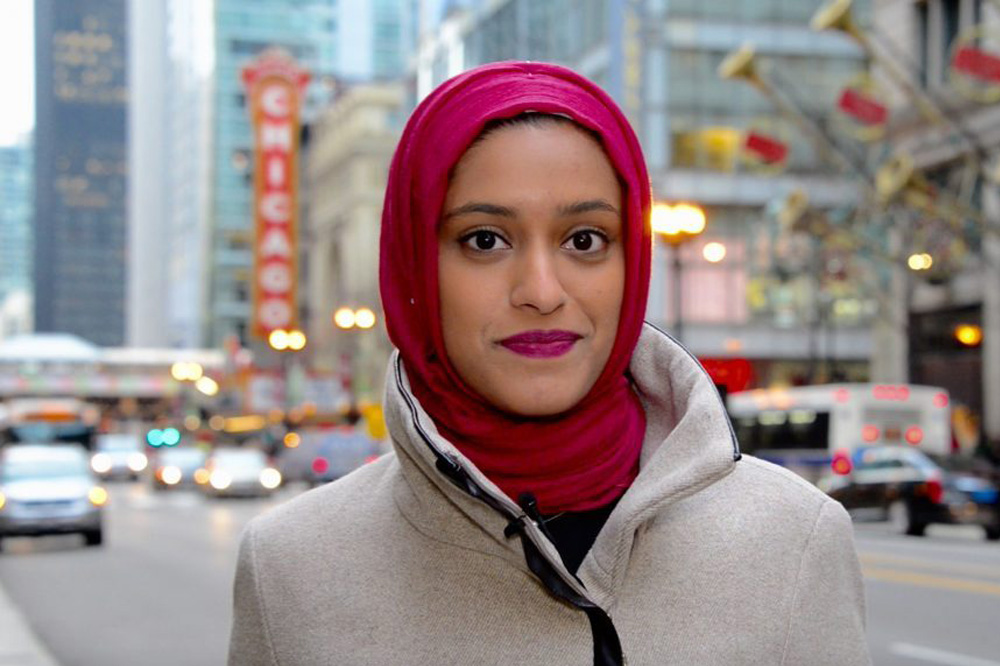 Following her first broadcast, the 27 year old Illinois reporter told the Quad City Times, that she had gotten very used to hearing the word “no” after many people she had met early on in her career had suggested that her hijab would hinder her professional success.

“It would be a lot easier if I took it off. I wouldn’t get as much hate,” Rahman told the paper.

“People would still think my name sounds weird, but, you know, it’s definitely not as weird as seeing someone who looks like me on TV.”

Rather than conforming to expectations, Tahera Rahman was determined to get a job on her own terms. Having earned the role she wanted, she’s the newest face of CBS affiliate channel, Local 4 News in Rock Island.

I’ve done everything I wanted to do in life wearing (my hijab) and I never felt it was a barrier for anything,” Rahman told the Quad City Times of her struggle to find a job that would be accepting of her identity.

Rahman owes her positive transition from BTS producer to on-screen producer, to the support of her family and colleagues.

November 2017 also saw Ginella Massa become the first hijabi newscaster in Canada who told Forbes her motto was to “be persistent, don’t give up, and work on being the best, so no one can ever have a reason to say no.”

Representation matters, which is why this is such great news.