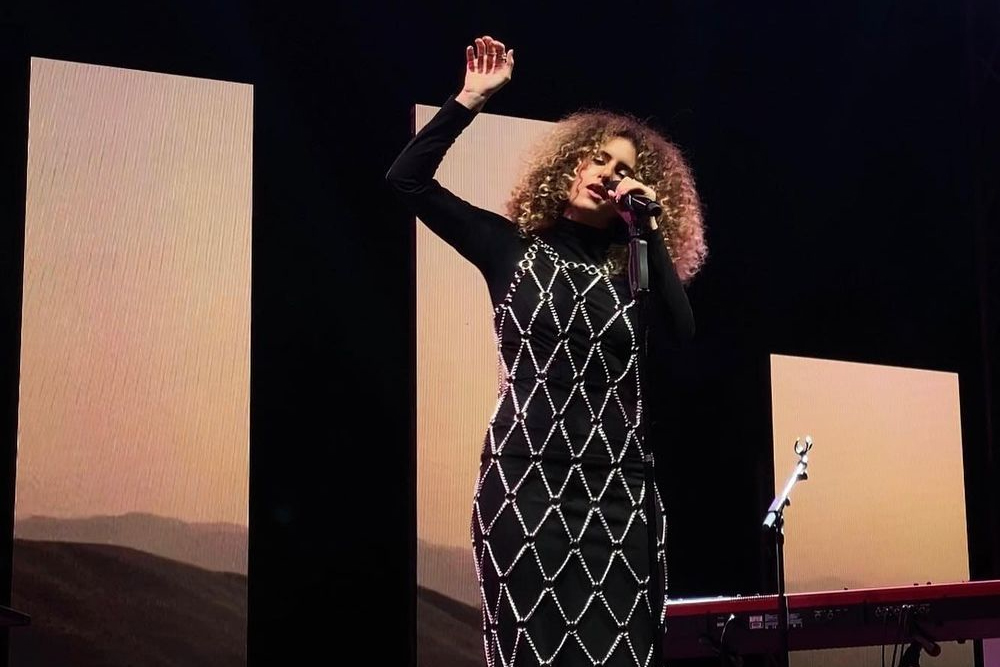 During a recent intimate performance, Saudi singer Tamtam debuted her most recent Extended Play offering, "Ismak," and discussed her career as an artist and the sources of inspiration for her songs.

Al-Mashtal Creative Incubator set up a venue for Tamtam to connect with her community and play her songs to friends and admirers from the EP live, co-executive produced by Abu Dhabi Music and Arts Foundation. It was backed by the music of Lambda and B-Element, as part of their "Auditorium Session" series.

She also played at the yearly Noor Riyadh light festival and will soon be seen at MDLBEAST's Soundstorm, the biggest music event in Saudi Arabia.

The singer jumped at the chance to have a release party in her own homeland. Tamtam suggested a stronger emphasis on the significance of local music representation in the area as the Kingdom embraces prospects for cultural interchange and economic growth.

Bridging cultures came easy to the artist because of the multicultural atmosphere in which she was raised. She characterized listening to Western music as a necessary escape from her environment. Her broad taste became apparent in her own sound as her playlist expanded to include Fairuz, Britney Spears, and the Spice Girls. Her most recent EP also has a unique lyrical blend of Arabic and English.

Tamtam claimed she has gotten nothing but support, despite being a female singer in the Saudi music business. She is open to working together with other artists and dreams of the day when local artists would be recognized internationally.

“I wanted to combine the two because I’m influenced by both, so that’s what I’m doing with this EP.” she said.

She played the collection of songs, capping it off with her favorite "Repetition," which connected with the crowd, following an interesting conversation about her creative process with Elham Ghanimah, curator of Al-Mashtal’s creative labs.