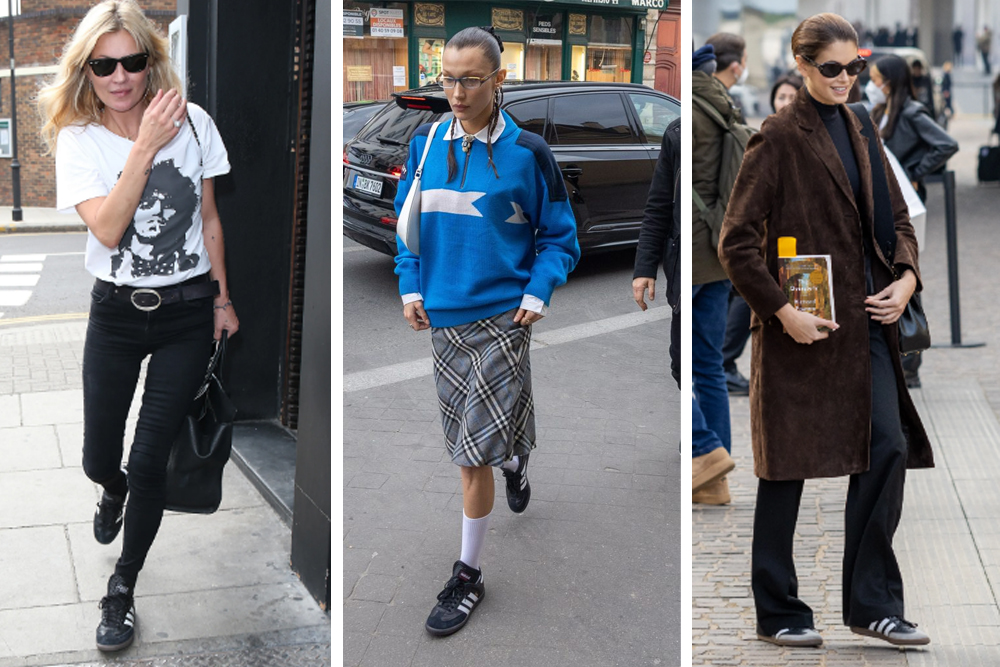 The newest “it-shoe” is a modest $75 football shoe that has been constantly seen on the feet of fashion-forward models, actors, and musicians. The Adidas Samba is the current shoe of choice, and celebrities like Bella Hadid and Rhianna have given it the thumbs up.

This sneaker has been around for a very long time and was made more for use than for aesthetics. Adidas originally designed the shoe for European soccer players in the 1950s with the goal of giving them extra traction on the pitch thanks to the shoe’s sticky sole. It then experienced a second rebirth in the 1990s when the skater community embraced the genre, and a third in the “Indie Sleaze” era in the late noughties. Since then, the shoe has remained a rather low-key classic, showing up on sporty dads and high school guys, but suddenly, it has become the in-thing in the fashion world.

The sneakers have been worn many times by Bella Hadid, who is renowned for making even the most unfashionable objects cool. She has worn them with anything from sloppy jeans and a baby tee to long plaid skirts and tights. The Sambas have also been seen in recent looks on Kendall Jenner, Kaia Gerber, and Hailey Bieber, while Emma Chamberlain chose a platform version of the shoe to wear with pants and a tank top. BLACKPINK member Jennie also shared a photo of herself wearing a somewhat different style of the shoe, the Velosamba, which is designed for cycling. She accessorized her look with a long checkered dress and white crew socks.

Because of Adidas’ numerous collaborations with high-end fashion designers, the Samba has also received the fashion seal of approval. Recently, Rhianna was spotted sporting a pair from the company’s collaboration with London-based designer Grace Wales Bonner, which featured eye-catching Samba sneakers in different colors with stitched accents. The Samba-like Adidas Gazelle sneaker was reimagined by Gucci using a different approach, and it has since become a mainstay of Harry Styles’ Love On Tour wardrobe. However, these styles are a little more expensive than the original $75 ones.

Perhaps this shoe ushers in a new era because of its comfort-focused, thin form, which differs from the clunky “dad sneaker” fad that has dominated the past few years. You’ll want to gain a pair as soon as possible, whether this trend lasts a few months or several years. The sneaker is swiftly selling out on the Adidas website, and since they only come in men’s sizes, finding a smaller size than an 8 can be challenging. If you are fortunate enough to find a pair, you will start fall off right.

More from What to Shop 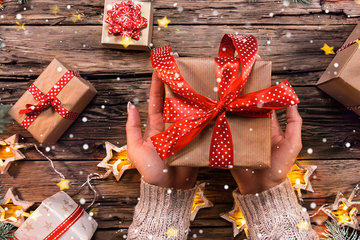 10 Gifts We Hope to Receive This Festive Season 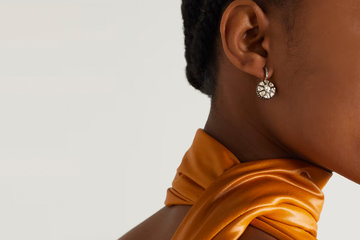 10 Gifts We’re Giving Our Loved Ones This Diwali 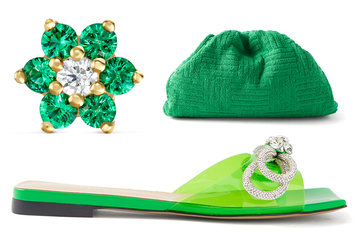 The Designer Items We Want To Wear On Saudi National Day 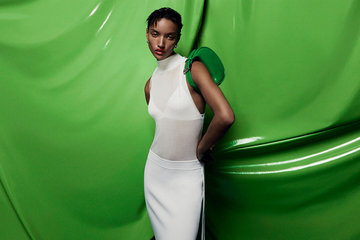 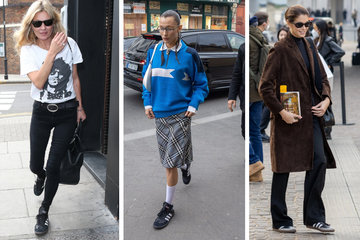