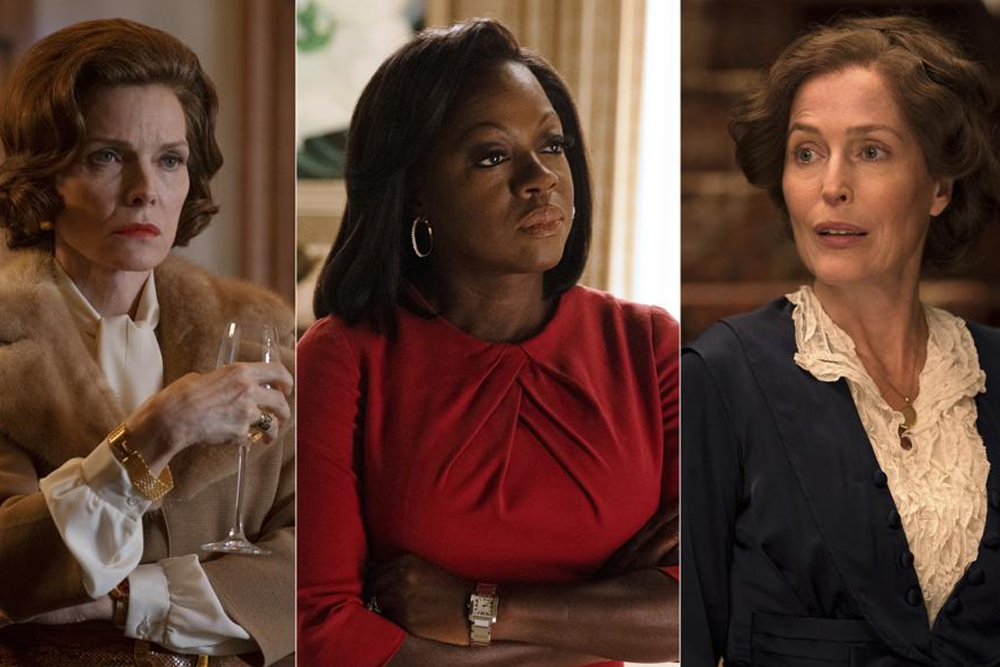 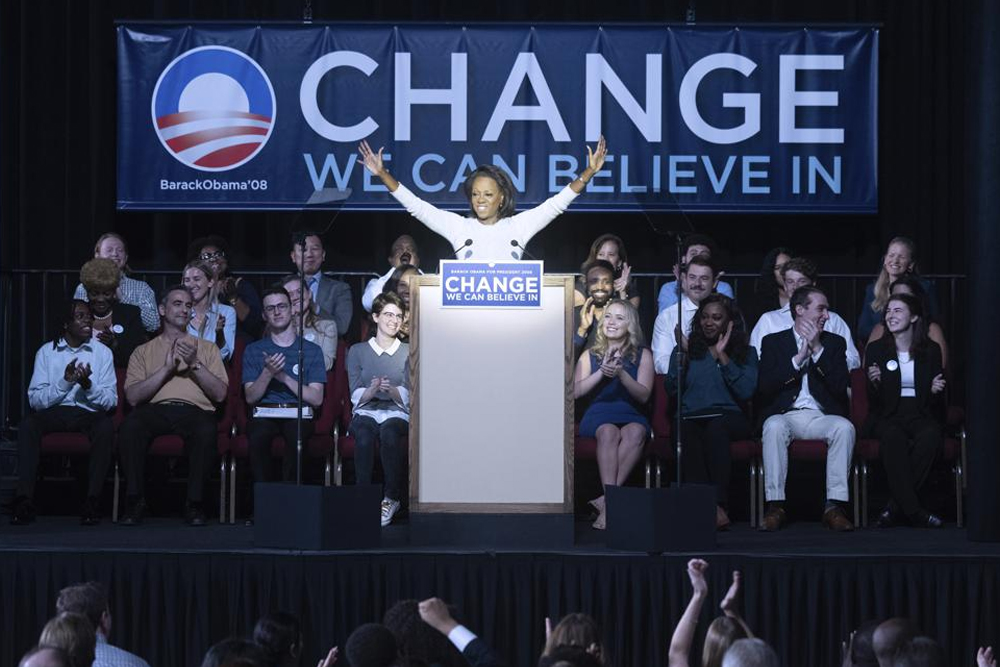 The ambitious Showtime drama series proved an irresistible challenge for Oscar-winning director Susanne Bier. While its subjects — Eleanor Roosevelt, Betty Ford and Michelle Obama — each have a “compelling and gripping” story, the sum is even greater, Bier said of her first biographical project.

“It was interesting to me that it wasn’t one biopic” by focusing on first ladies of disparate experiences and eras “in a way it puts women’s situation in the world very much in perspective,” Bier said in an interview. 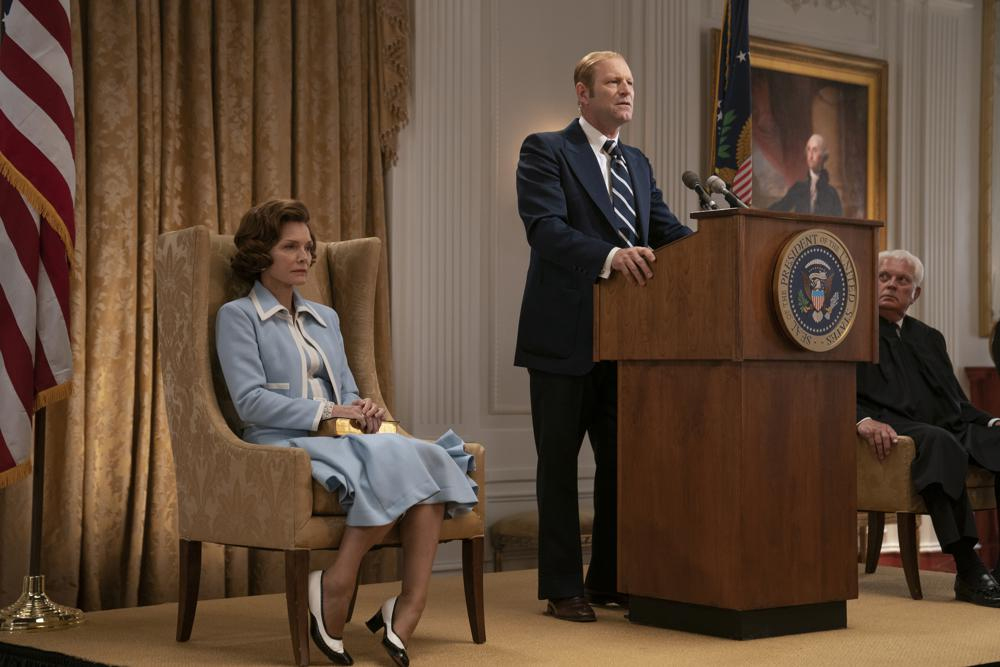 “The First Lady,” debuting 9 p.m. EDT Sunday, stars Gillian Anderson as Eleanor Roosevelt, Michelle Pfeiffer as Betty Ford and Viola Davis as Michelle Obama. Davis was an executive producer for the series, as were showrunner Cathy Schulman and Bier.

In their younger iterations, the future first ladies are played by Eliza Scanlen (Roosevelt), Kristine Froseth (Ford) and Jayme Lawson (Obama). The presidents — secondary to their wives in this telling — are portrayed by Kiefer Sutherland as Franklin D. Roosevelt; Aaron Eckhart as Gerald Ford; and O-T Fagbenle as Barack Obama. 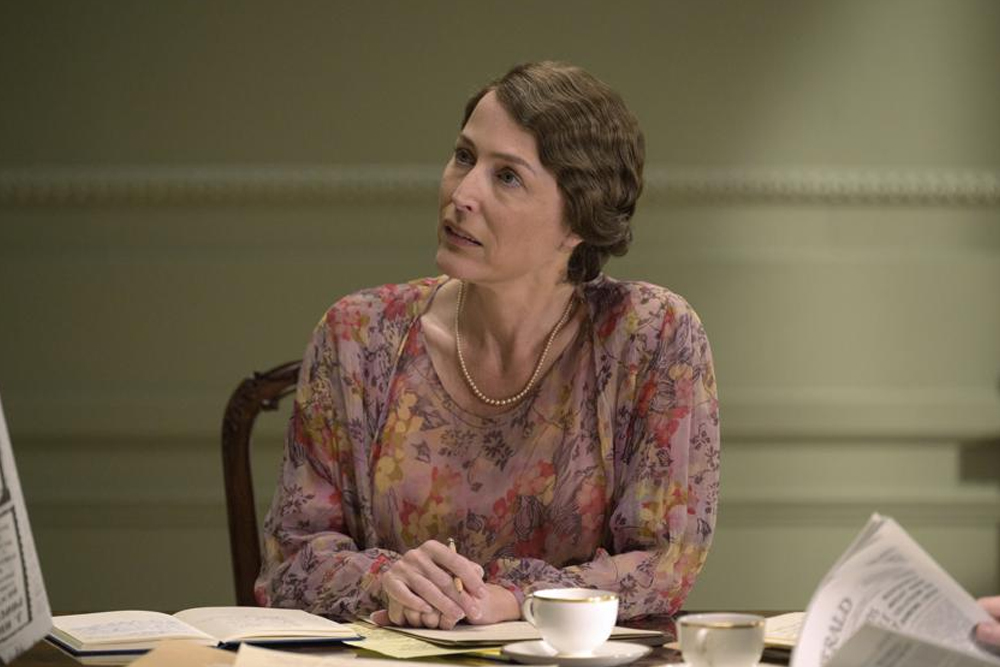 The series examines both personal and political chapters, but it is historical fiction and doesn’t pretend to be a documentary, Schulman said. “We had to imagine what happened in between the events and the things that have been written about,” she said during a panel discussion.

Bier said the first-lady role doesn’t exist in her native Denmark. While she was familiar with the women portrayed in the series, she gained new respect for them. 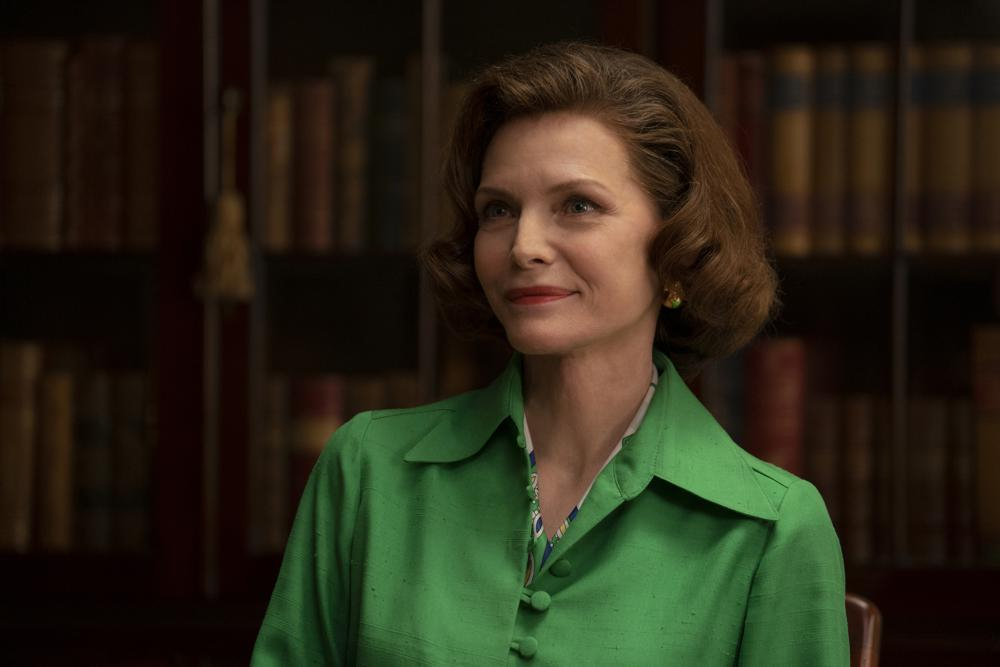 “What was striking to me was the fact was they realized how to navigate within the White House without actually having a political position, and became much more influential than one would have thought,” she said. They did so while managing to serve the expected role of America’s “beautiful-looking, successful” first hostess.

Betty Ford was open about her breast cancer “at a point it time when it was so stigmatized and nobody talked about it,” Bier said. “She obviously saved a lot of people’s lives” and changed attitudes in the U.S. and other countries as well. 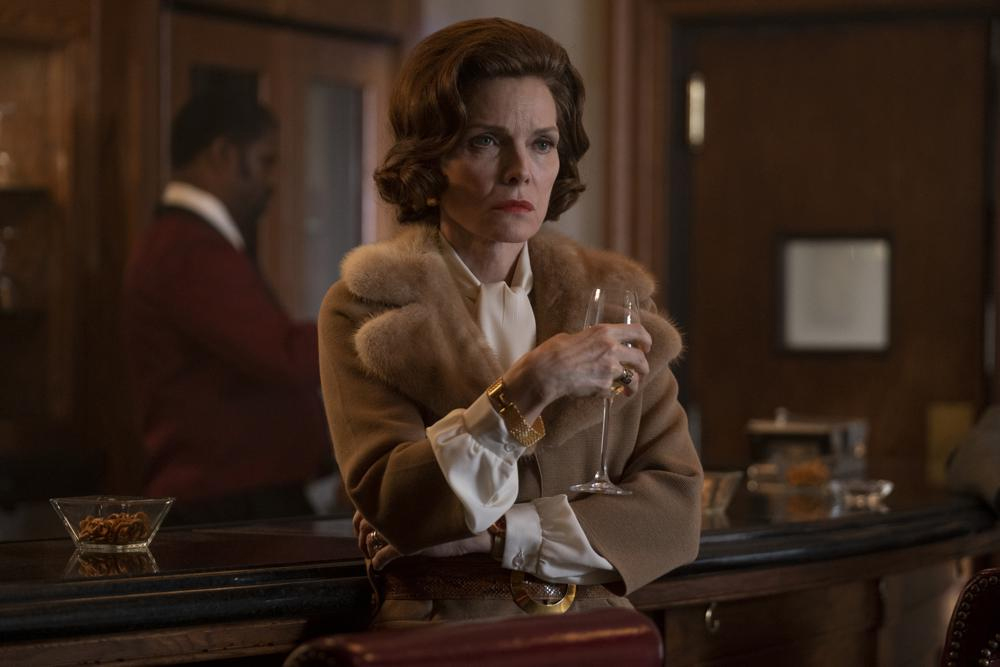 “The First Lady” approaches the stories as a tapestry, weaving together moments that, at times, show how similar the women’s experience was despite the decades that separated them.

All fought to be taken seriously as first ladies after spending part or much of their adult lives supporting their husband’s ambitions. Ford and Obama are depicted as deeply reluctant to make the White House their temporary home — Ford because she had spent so long in the political trenches after giving up her own dreams, Obama because she feared for her husband’s safety as the first Black president.

Despite the passages of decades, there are striking similarities in the walls “that these three women banged up against,” Bier said. “Yes, our society has changed, history has changed. But it still is very much a man’s world we are living in, which is way I find it incredibly important to do (such) a show.” 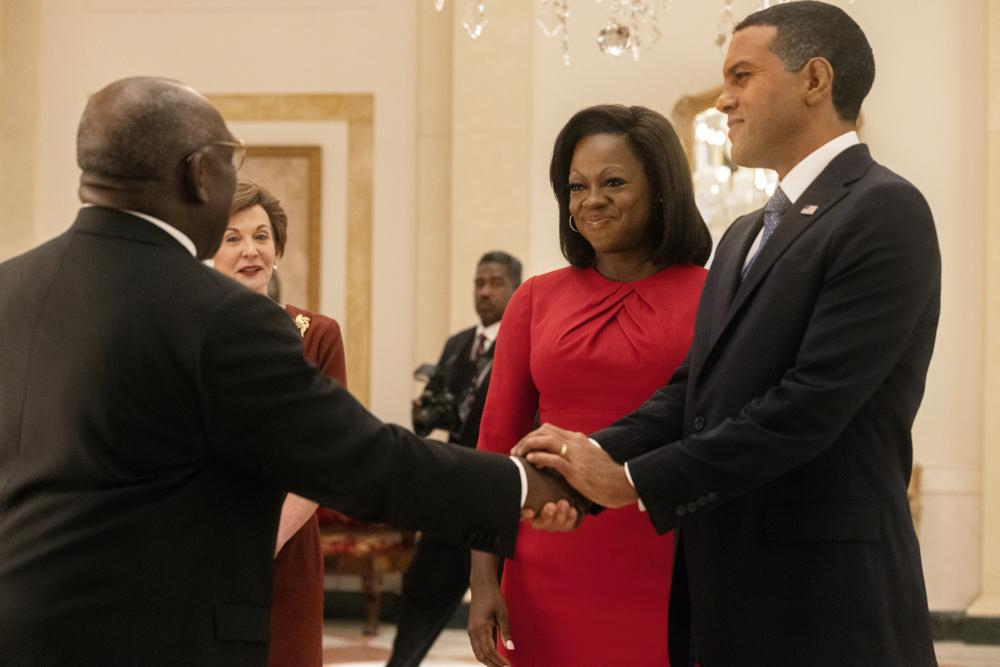 The parallels involving the women is strictly thematic since their lives don’t overlap in history or the series. Bier, who came on board after the approach was determined, felt that the arc of the women’s individual stories wasn’t fully developed in the script.

With the three first lady’s scenes to be shot independently, Bier suggested creation of a “cohesive script for each.” Even then, changes were made along the way, as Ford, then Obama and Roosevelt were filmed one after the other.

“As we were shooting Betty, the scripts for Michelle Obama were being rewritten,” she said. “So there was never actually a finished roadmap for how to interweave the stories.” 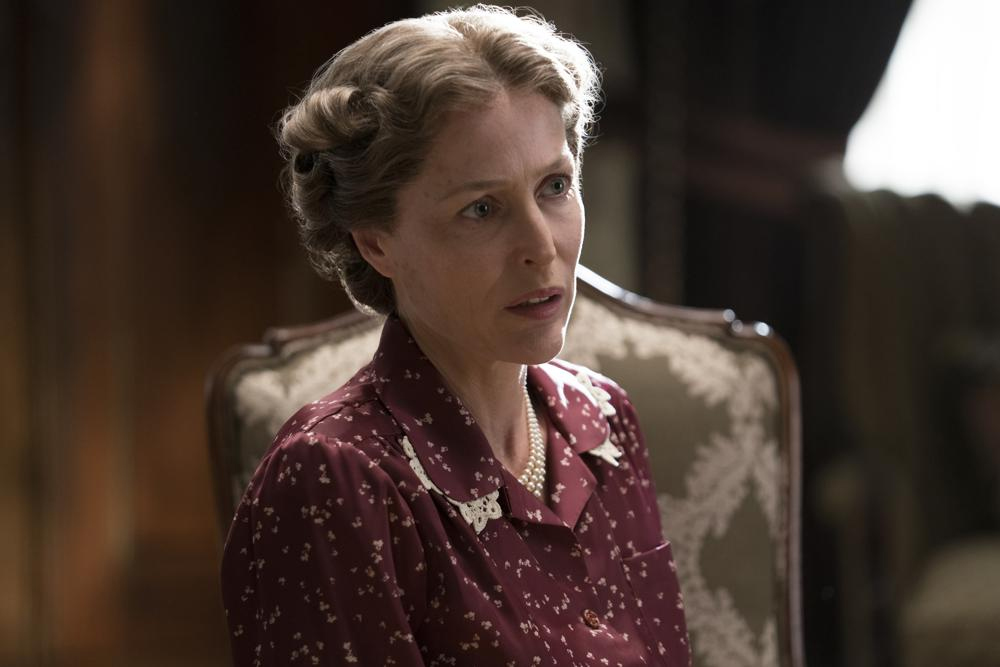 That was accomplished during the editing in London, said Bier, who won the best foreign language Oscar in 2011 for “Hævnen” (“In a Better World”), received a directing Emmy for 2016′s “The Night Manager” and whose other credits include “The Undoing” and “Birdbox.”

Bier, a “master filmmaker” in various genres, was right for the Showtime series that “moves in and out of comedy, tragedy and everything in between,” producer Schulman said. “Also, Susanne is an actor’s director, and the level of detail with which she approaches characterizations was crucial in bringing the first ladies to life.”

“The First Lady” is envisioned as an ongoing anthology series, with new presidential spouses part of future editions. Among the possibilities that Schulman and Bier find intriguing: Dolley Madison, Jacqueline Kennedy and Hillary Clinton.

“I’m at the moment obsessing over Martha Washington,” Schulman said during the panel discussion, citing her intrigue with the origins of the first lady’s role. “But I also would be so interested to see if we could figure out a way to do Jackie Kennedy that didn’t tell the same old story. ... Each of them is so interesting, and they become more interesting in combinations.”