BalQeis: a Live Looping Artist, Oud, and Multi-Instrumentalist from Egypt 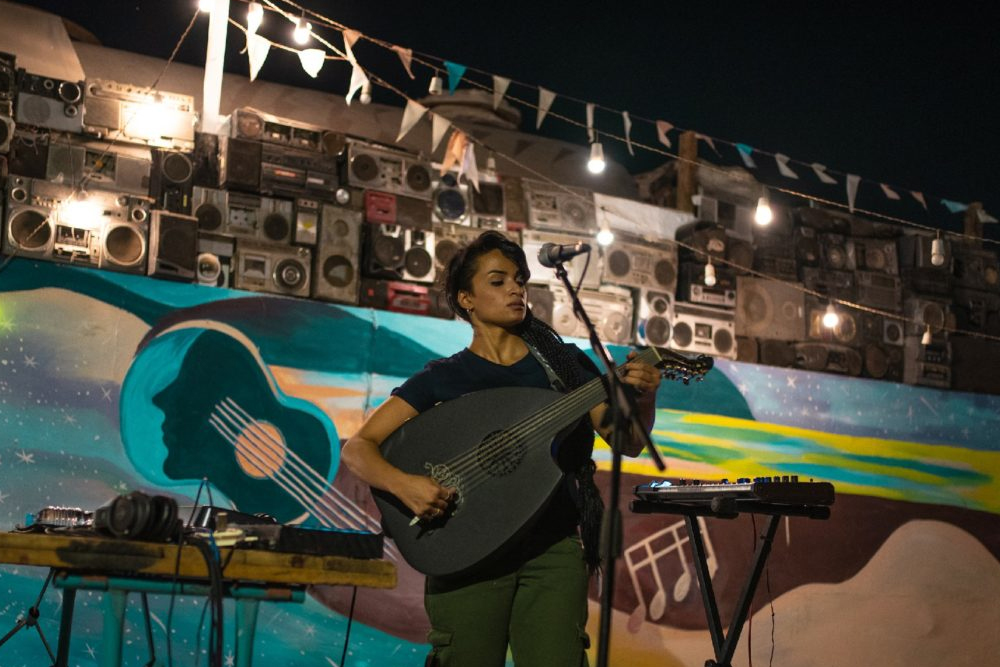 Talented with the oud, a multi-instrumentalist, and a live looping artist, Balqeis Aboomar (better known by her alias "BalQeis") has been making her mark in Egypt's musical scene for over a decade. She's known for her talent in oriental music, as well as fusion with contemporary genres such as electronic, rock, and alternative. As a one-woman show, being talented with various instruments has also given her the advantage of recording her own background music for live performances, a technique known as "live looping."

BalQeis started playing the oud when she was 12 years old. Growing up in an Egyptian family in Cairo, the oud is seen as an iconic instrument associated with oriental music in the region. Hence, the aspiring artist received formal training in the instrument but, at same time, she would also often cover both Arabic and English songs, while experimenting with various genres that would eventually define her musical style over the years.

BalQeis graduated with a degree in music at Helwan University before considering pursuing a Master's degree in improvisation. As a self-made artist, she has performed with her electric oud at various gigs, both regionally and internationally, as well as through collaborations. This included "Ramajam," a Ramadan khaimah adding a new spin to suhoor, held during Ramadan of 2018, and collaboration with The Meteors Project in showcasing new music genres via True Music that same year. As of March 2022, she had also performed at The Cairo Cellar.

Indeed, her musical talents haven't gone unnoticed outside of Egypt, as she also got to perform in the United States in 2018. That same year, she also received a certificate from the U.S. Department of State for her contributions at the fourth season of Center Stage. In fact, her attendance helped contribute to the cultural exchange between the United States and Egypt at the time.

In addition to attending live performances, BalQeis has also uploaded her songs to SoundCloud, in addition to having a social media presence on Instagram (@balqeislive) where she occasionally shares photos and concert updates.