Valentino gets ‘pretty in pink’ in bold Paris show 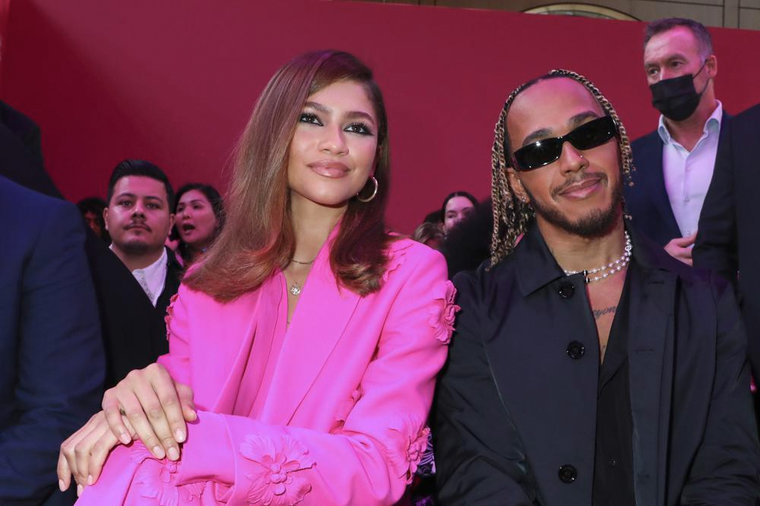 It was “La Vie en Rose” for Valentino, who headlined Sunday’s segment of Paris Fashion Week with a daring yet triumphant pink collection as VIP guests including Lewis Hamilton and Zendaya had to negotiate arrivals during a car-free day in the capital’s center. Meanwhile, Balenciaga’s show invite — a cracked iPhone 6S — raised eyebrows for being wasteful.

All-encompassing pink decor sprawled across Le Carreau du Temple in Le Marais, bathed peach in sections by the Parisian spring sun. This was a Valentino collection like no other — where the majority of the exhaustive, often-minimalist, 81 looks were delivered in shocking pink.

It was certainly a bold choice for designer Pierpaolo Piccioli, given the potential for the ready-to-wear styles to appear repetitive. Yet it was deftly handled. Scallop details in shoulders came on loose silhouettes with swag and generous proportions, glowing pink above chunky 70s platforms. A minimalist tulip-shaped skirt was surreally stiff and angular, while a soft tuxedo jacket was so oversize that its shoulders fell from the model’s own in chic segments. And just as the pink began to feel endless, the master Italian couturier switched to a brooding black palette — as if to say that there is a shadowy underbelly of all things sweet — an effective contrast, demonstrating his design control.

Piccioli was trying to show that by taking away color, or attention to color, eyes can be drawn toward form and silhouette alone. It was a triumph.

Here are some highlights of fall-winter 2022 ready-to-wear collections: 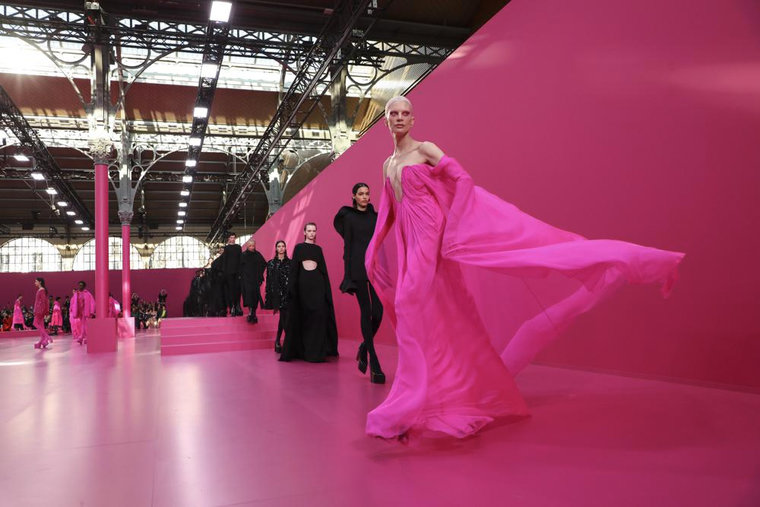 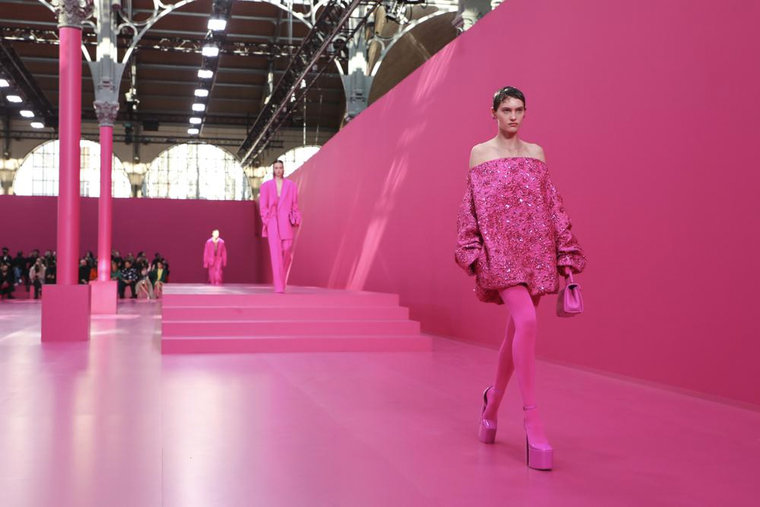 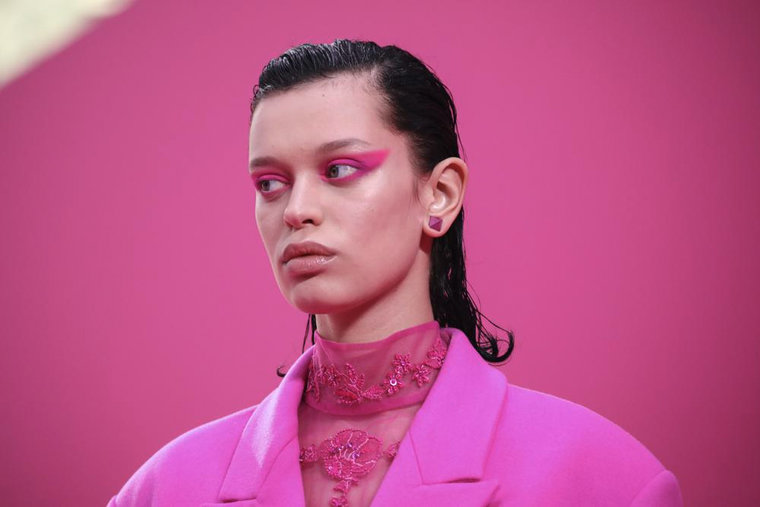 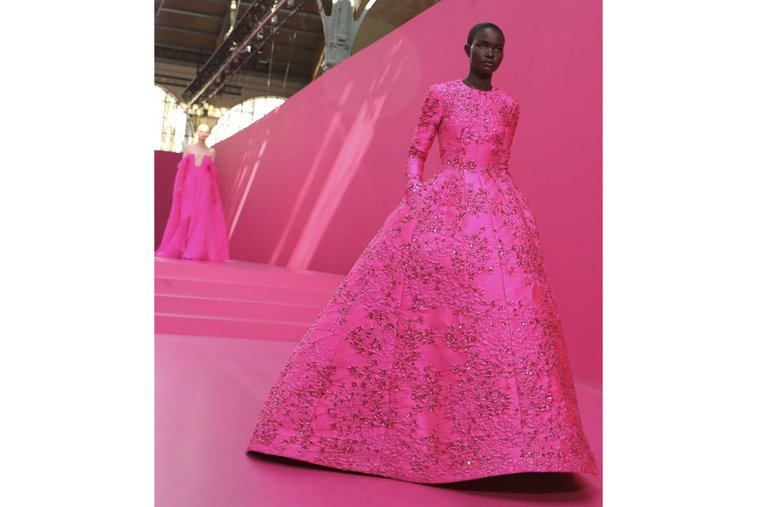 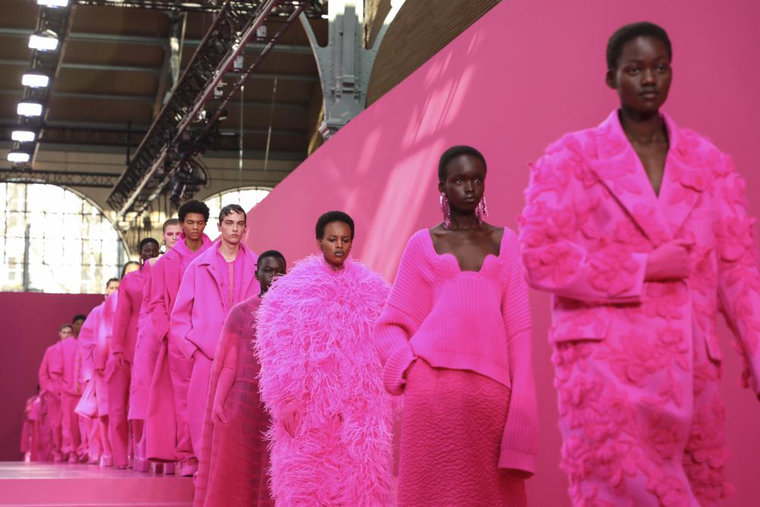 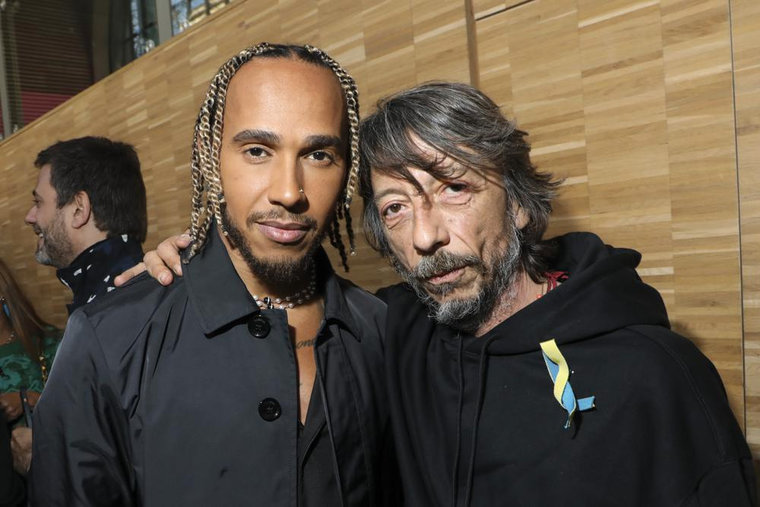 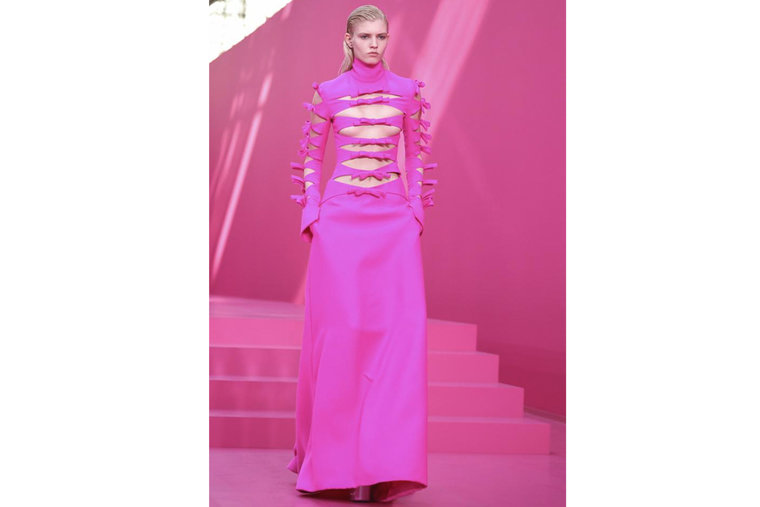 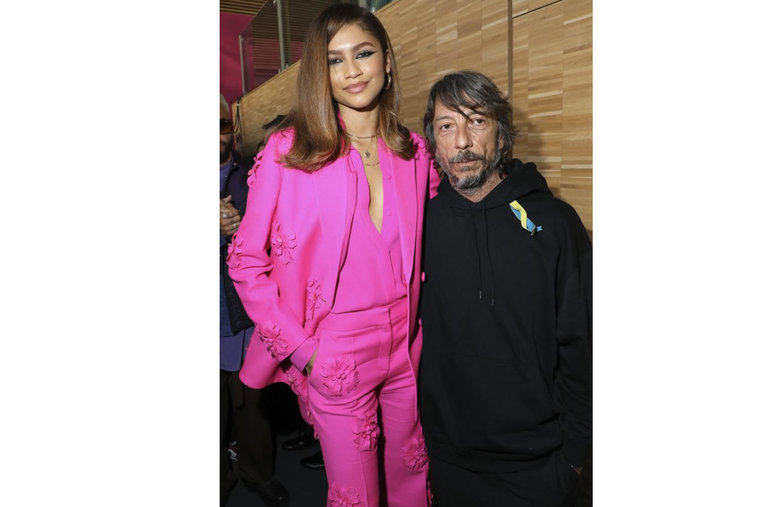 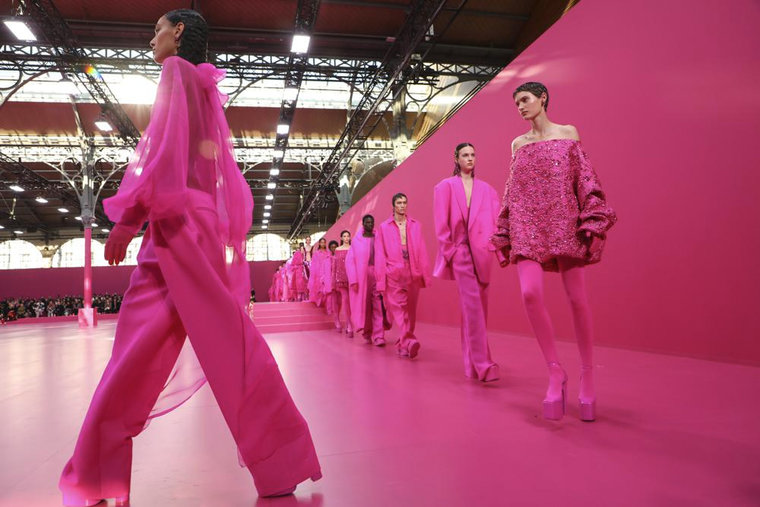