You Won’t Regret Adding ‘Maskoon’ To Your Must-Watch List 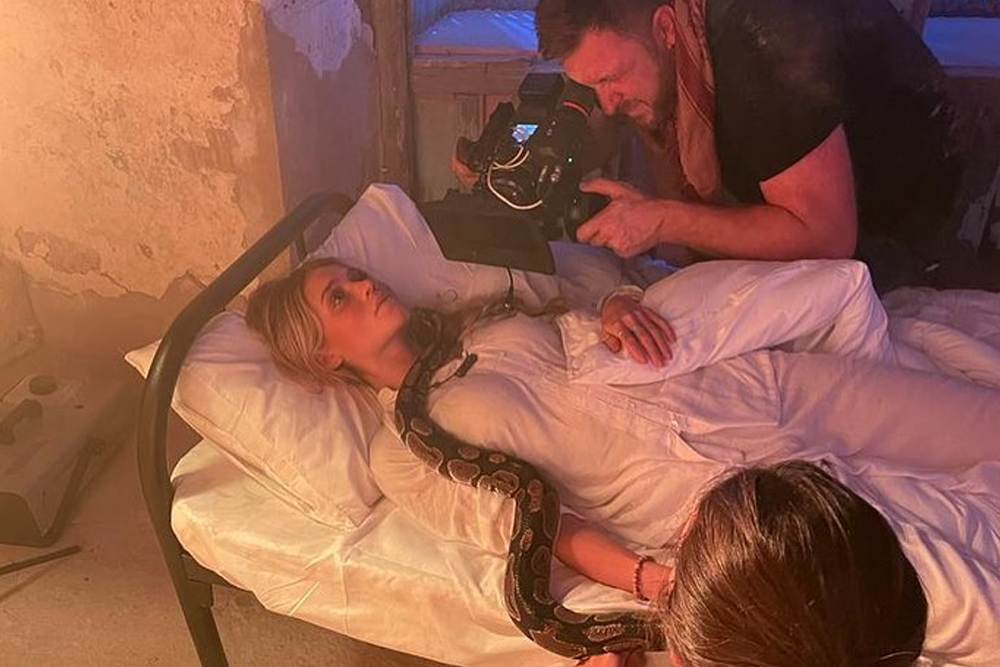 “Maskoon” is one of the latest regional releases proving there certainly isn’t a shortage of female talent in Saudi Arabia’s blooming film industry. The short is also the first psychological thriller to be shot in Jeddah’s old historic district, Al Balad.

The suspense movie is Co-Directed by first-time Saudi director Lina Malaika, who joined forces with American Oscar-nominated, Emmy-winning director David Darg for her directorial debut. Malaika, who has revived her grandfather’s label, Al-Nisr Al-Arabi Films. is also the film’s Co-Writer. She has an MA with a specialisation in Film Making from New York Film Academy. However, the up-and-coming talent, who also studied at London’s Central Saint Martins and Jeddah’s Dar Al-Hekma University, is an experienced freelance Art Director and Graphic Designer with a demonstrated history of working in the media production industry as well. Malaika, who is skilled in creative visual content, social media, fashion styling, photography, public relations and consulting, is working on several projects at the moment, including a coming-of-age feature with director Farah Jouni.

“The film plays on the local belief in Djinns and follows our lead character through a series of sinister events, but ultimately, the most frightening encounter is with her own mind,” Malaika, who is known to incorporate her cultural background in her work, told “Screen Daily.”

Saudi actor Summer Shesha, who stars with American Paris Verra, is another impressive female talent from the Kingdom who has helped make the 19-minute “Maskoon” a must-watch. The gifted Jeddah-born actor, who plays a Ministry of Culture employee in the film, has given up her career in the financial field to put all her energy into producing, acting and directing. Shesha is even busy writing a short film and mini-series as well.

The inquisitive and adventurous Shesha, who is now based in Riyadh, has done acting workshops in the States, Egypt and Kuwait. She has acted in numerous shorts, series, theatre productions and features including “The Sun Of Gnosis”and“Kayan.”

“I would love to have a comedy role; I want to tell stories about feelings that are hard to explain, I want to talk about young ladies and share our Saudi stories with the world,” she told “Screen Daily.”

As well as the amazing work by the Saudi talents, the film showcases the magnetic pull of Al Balad, which was added to UNESCO's World Heritage list in 2014, to the world. As early as the 7th century AD, the area was established as a major port for Indian Ocean trade routes. As well as a way to get goods to Mecca, the centre was the gateway for Muslim pilgrims making their way to the holy city. And the area’s outstanding reflection of the Red Sea architectural traditions hasn’t really been featured in other works.

“Maskoon” actually had its world premiere during the first-ever Red Sea Film Festival in the historic quarter. And it will soon be streaming for free on Arabia+, a Dubai-based online streaming platform and production house, founded by American Carla DiBello, the film’s producer, and her partners, including Darg. The company focuses exclusively on content from the region for a global audience.

About “Maskoon”
The psychological thriller centres around an American archeologist working with the Saudi Ministry of Culture on an excavation site in Al-Balad, Jeddah. A series of strange and sinister events begin to unfold after the discovery of an ancient box and an unnerving encounter with an antique dealer. However, it’s what’s going on in her mind that’s really causing all the alarm.