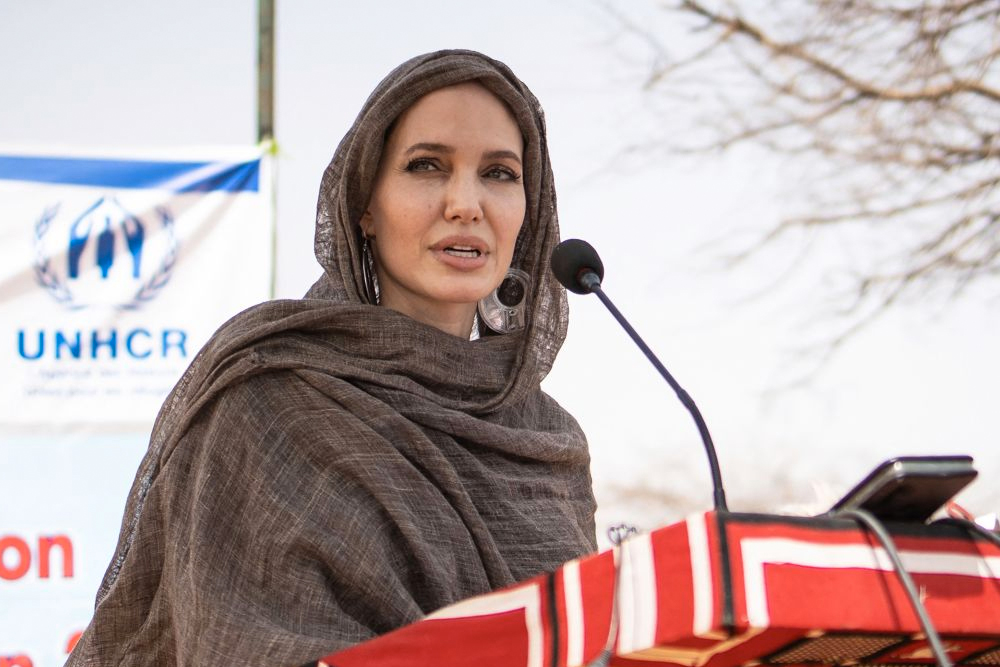 Previously shying away from social media, Hollywood starlet, actress and humanitarian, Angelina Jolie has finally made her Instagram debut. On Saturday, the 46-year-old star made her first post – her @ is @angelinajolie.

For Jolie, the platform isn’t one where we’ll see dozens of stunning images of what she’s wearing to award shows or where she’s having dinner, but instead a platform on which she is able “to share … stories and the voices of those across the globe who are fighting for their basic human rights.”

Following the recent and harrowing events in Afghanistan where thousands are trying to flee from the rule of the Taliban, and take refuge in other countries, Angelina Jolie’s first Instagram post was of an emotional handwritten letter she had received from a teenage girl in Afghanistan.

Jolie is also a special envoy for the UN High Commissioner for Refugees, and using her own power and platform, she highlights the plight of women and young girls from Afghanistan amid the Taliban takeover.

The Changeling star shared the letter from the young Afghani teenager whose identity she concealed, as it shared her fears about living under Taliban rule and some of it read, “20 years and again we have no rights. The life of all of us is dark. We all lost our freedom, and we are imprisoned again.”

Jolie captioned the post, which has already gotten over 2 million likes and shares, “Right now, the people of Afghanistan are losing their ability to communicate on social media and to express themselves freely. So I’ve come on Instagram to share their stories and the voices of those across the globe who are fighting for their basic human rights.”

She continued, “It is sickening to watch Afghans being displaced yet again out of the fear and uncertainty that has gripped their country. To spend so much time and money, to have bloodshed and lives lost only to come to this, is a failure almost impossible to understand. Watching for decades how Afghan refugees — some of the most capable people in the world — are treated like a burden is also sickening.”

She also added that she would not be turning her back on this cause, and concluded her statement, “I will continue to look for ways to help. And I hope you’ll join me.”