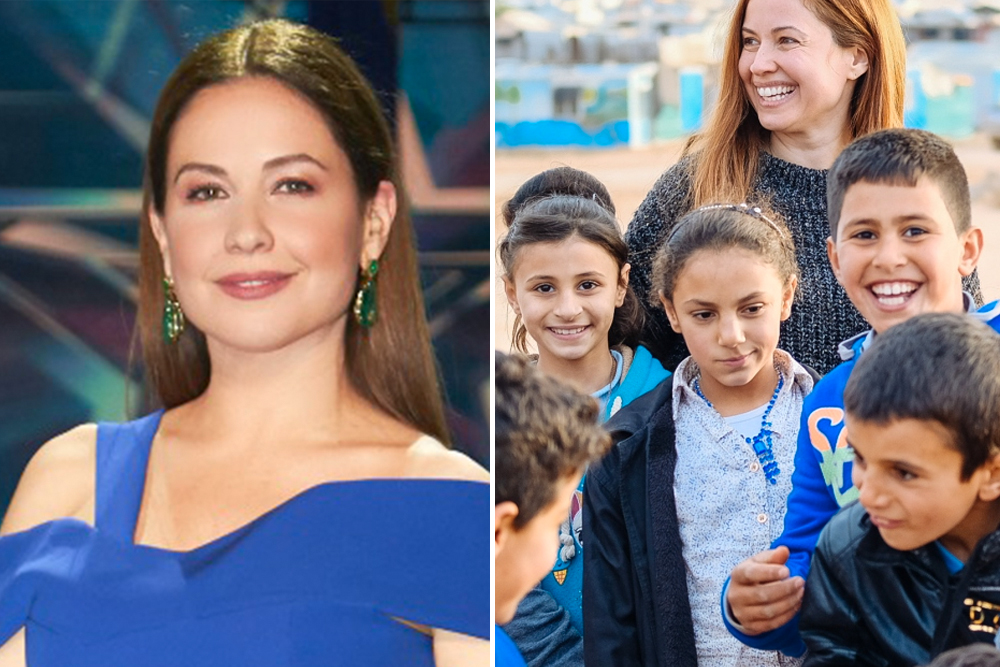 In her home country Lebanon and across the MENA region, Raya Abirached is a familiar face for many, having built a long career as a TV presenter, celebrity journalist, and producer at MBC. Now, the popular figure is adding one more achievement to her titles and that is Lebanon’s Goodwill Ambassador for UNHCR, the UN Refugee Agency.

Abirached took to her Instagram and announced her new role to her 4.7 million followers, saying: “This new role […] is a great honor that i do not take lightly and a daunting responsibility that i intend to work hard to be worthy of. I hope to keep using my voice and platform to advocate for the refugees and help tell their stories of courage, and resilience. There are 79.5 million displaced around the world and these number are rising, and today more than ever, we need to come together and show kindness and compassion toward people who lost everything in a matter of seconds.”

According to UNHCR’s website, prior to her new role, Abirached has supported the agency on many fronts, such as with a Facebook Live fundraising winter telethon she hosted for UNHCR's winter appeal, launching a fundraising challenge for Ramadan, and interviewing a refugee family on Instagram live for World Refugee Day in 2020. With regards to bringing light to situations on the ground, she has also visited Za'atari camp, Jordan, and informal settlements in Tripoli, Lebanon.

When she isn’t working on humanitarian initiatives and projects, Abirached is busy on screen as co-host, along with Qusai, of Arabs Got Talent, as well as host of her own TV show Scoop, a TV show that has for 10 years brough the latest Hollywood news and interviews with notable actors and directors such as Tom Cruise, Angelina Jolie, George Clooney, Brad Pitt, Clint Eastwood, Martin Scorsese, Julia Roberts, and Natalie Portman. Her past work has also included being the host of American Idol in Dubai and hosting the launch of Ferrari World Abu Dhabi.