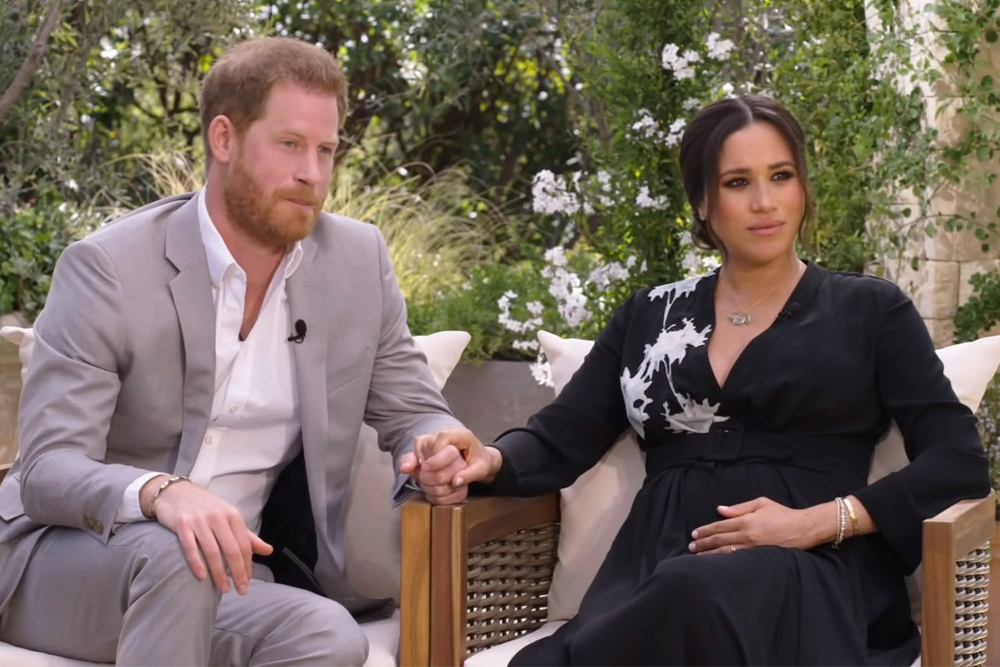 Oprah’s up close and personal interview with former British royals, Prince Harry and Meghan Markle made major headlines, sparked controversy and even had day time TV hosts storming off sets. Of course, millions of people all over the world, including us, tried to do what we could to be able to watch the 2-hour tell-all interview and pretty much only managed to catch snippets of it but now OSN is putting us all out of our misery by broadcasting the ENTIRE interview!

On March 20th 2021, royal fans will be able to tune into OSN Woman Channel to watch the interview everyone has been talking, debating, agreeing and disagreeing about. OSN have managed to secure the rights to the explosive chat between Oprah and the Duke and Duchess of Sussex in which we discover their side of the story and their reasons for stepping down from royal duties and renouncing their titles.

Harry and Meghan sit with Oprah in a peaceful garden, where the host asks questions about their lives as royals, their family ties, and experiences whilst being members of the British royal family. Some of the most explosive topics of the revealing interview included, racism, Meghan’s mental health, the British media, her relationship with Kate, and Harry’s with his grandmother the Queen, Prince Charles and Prince William.

Whilst speaking to Oprah the couple also spoke about the fact that as a small family, Harry, Meghan and their children were not eligible for the security offered to the rest of the family, as well as their children not receiving the titles of Prince or Princess.

The controversial interview will not be available on demand once it has aired so you’ll have to clear your schedules to tune in!