Interview with George Clooney on his Netflix debut, family and Hollywood’s pandemic woes. 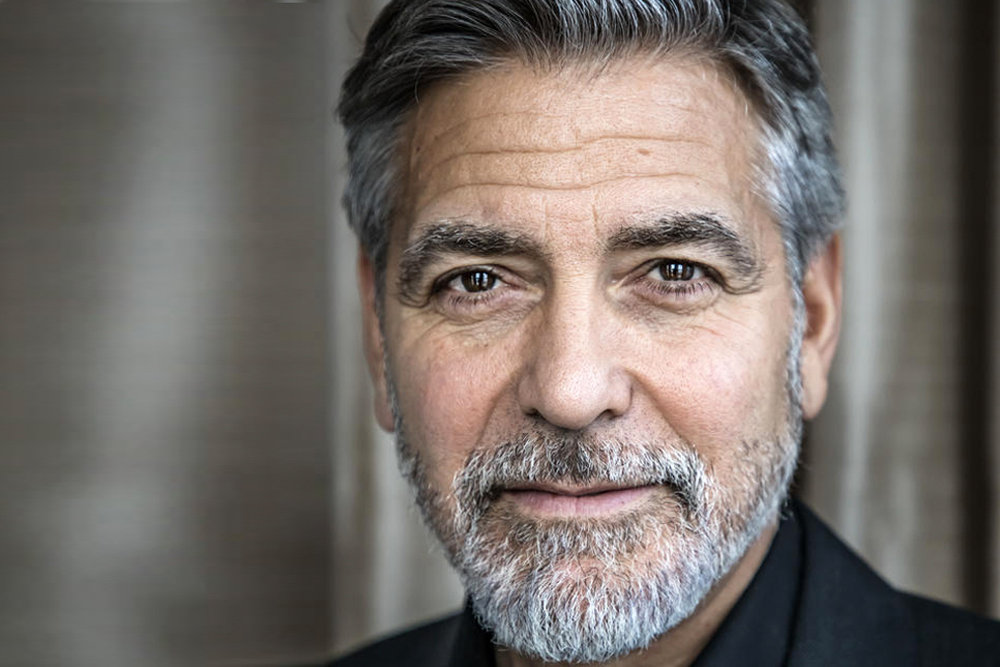 Our acute need to be with loved ones, isolation and regret are some of the things we’ve been grappling with during the pandemic. They also happen to be (coincidentally) highlighted in George Clooney’s Netflix sci-fi blockbuster “The Midnight Sky.”

The actor and director of the post-apocalyptic movie talks to Tarek Hijazi about filming the most challenging scene in the adaptation of Lily Brooks-Dalton’s acclaimed novel “Good Morning, Midnight.” The interview also touches on casting surprise Caoilinn Springall, near-death experiences and so much more. Plus, read on to find out why Clooney, who has won multiple Academy Awards, considers meeting his wife, Amal, as the most definitive moment of his life. He also reveals what he loves most about Lebanese culture and what you would find him ordering on an anticipative visit to Beirut.

GC: Tarek, how are you?
TH: Hi, George! Never been better. I just got a call from Dr. Dougg Ross.

GC: Oh my God. Are you doing okay? My father-in-law and brother-in-law are there right now.
TH: We’re surviving. Nothing we’re not used to. I’m sure you’re familiar by now.

GC: (Sighs) Beirut’s become pretty depressed after that explosion.
TH: Yes, a bridge too far. Not to mention the pandemic and the country’s worst financial disaster since its independence in 1943.
GC: It’s very sad.

TH: Switching to a lighter vein, I’d like to congratulate you on wrapping up The Midnight Sky, an apocalyptic masterpiece. I haven’t seen anything like that in a long time.
GC: Thank you! I appreciate it. I'm very proud of the film. It's a very complex genre and it isn't just science fiction, unfortunately. You’ll find it’s a little less fictional today. And to be able to blend these two together was a very tricky thing. I thought the script did a beautiful job of it. But, more than anything, it was really exciting to work on it. It was a really fascinating process, but, as you can imagine, very complicated.

TH: Even more so with the coronavirus Pandemic. How did that affect the production?
GC: I was in the editing room with my buddy Grant, who's been my friend for over 40 years. We saw on TV that they were asking everyone to go home because it's very dangerous, especially for older people, and I thought to myself that's terrible. And then they said anyone over 55, and that’s when it hit me. I’m an “older” person? I was more surprised by the fact that I was suddenly the old guy. But then everything we just did from home on computers. 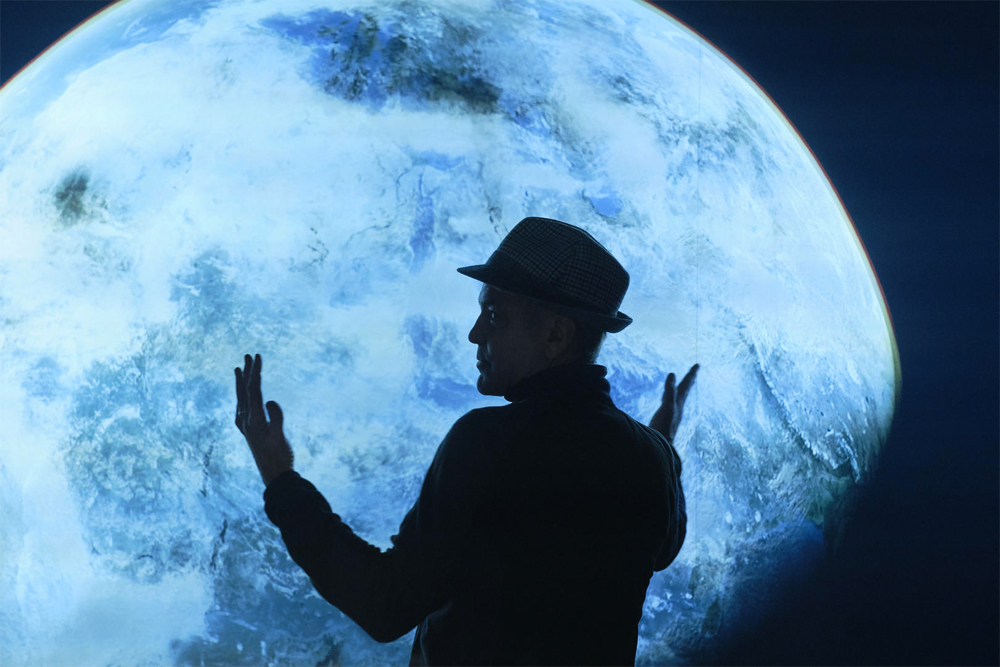 TH: How do you estimate success on a streaming platform like Netflix?
It's funny because I don't know. We did Catch-22 in 2019 and it was really well reviewed. It's an interesting thing because you don't get the shared experience which is something I love about film. It's where you go into a room and sit there with everyone, particularly if it's a comedy or a horror film, and you can see and hear them react. On the other hand, on a streaming platform, a lot more people see it, and I get a lot of calls from friends. The good thing is that people do have bigger formats to watch it on instead of the old 17 inches. But I do miss the experience of having the option of seeing it both on the big screen and at home. I'm just thrilled that platforms like Netflix are giving filmmakers places to work. 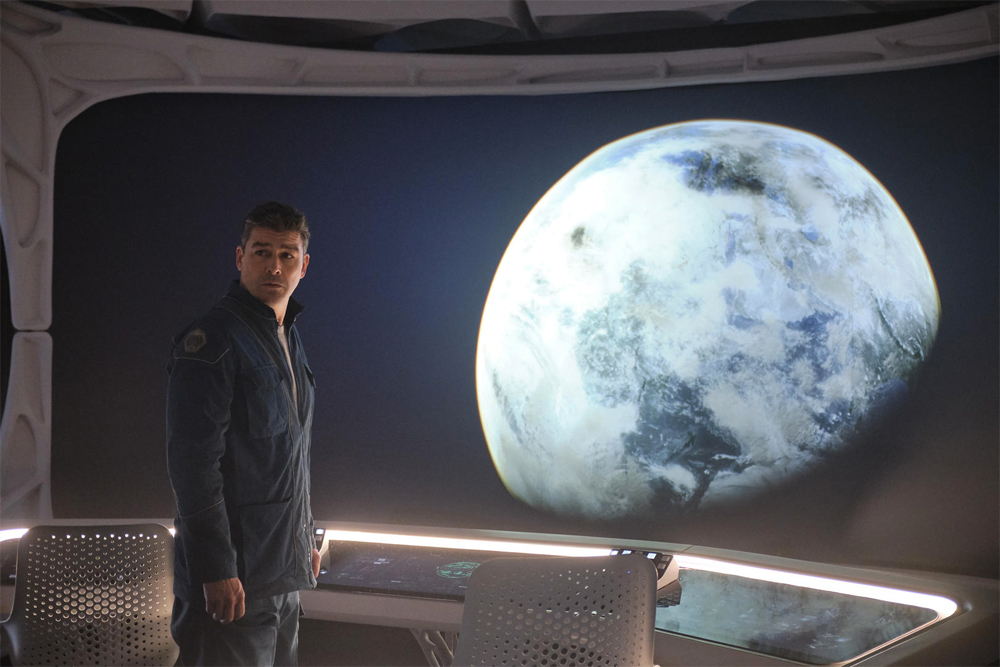 TH: How involved were you in the casting process?
GC: All of it!

TH: Did you instinctively know who you wanted to cast in the film?
GC: I knew that I wanted David Oyelowo and Felicity Jones. Caoilinn Springall was the big surprise. 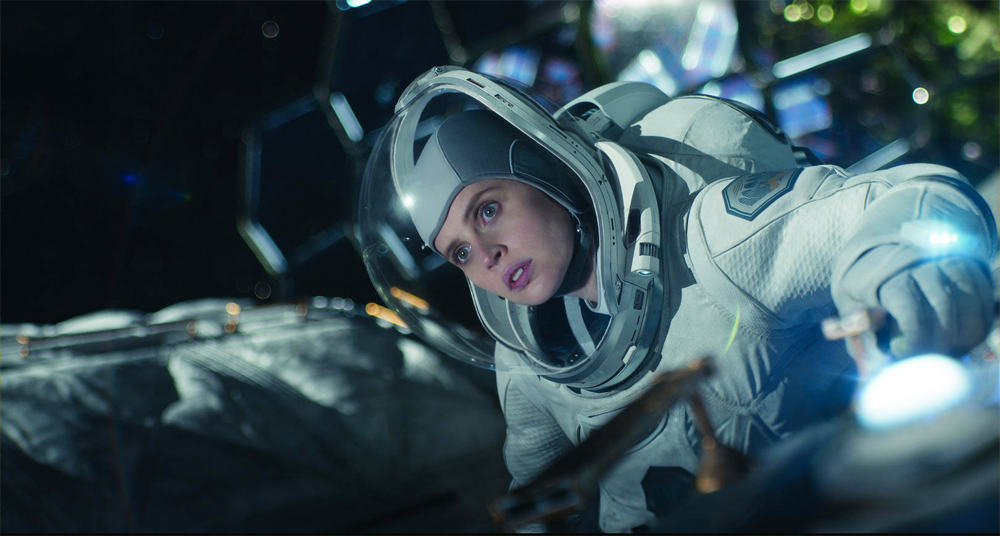 TH: Caoilinn was incredible!
GC: Well, you'd be surprised to know she's never acted before. She's 7 years old and she put us all to shame. She just makes a sad face and it's perfect. 75% of the film I did with her was in one take. It really is insulting to the rest of us. 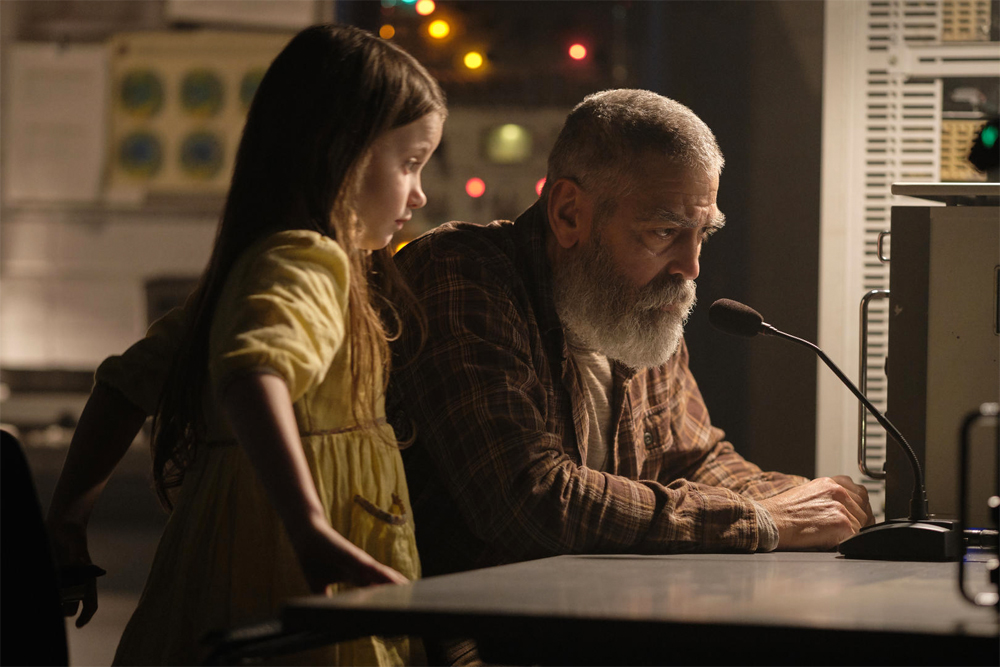 TH: How’d you find her?
GC: We saw around 500 kids and they all did a pretty good job, but we needed a little girl that was young enough that it felt like she was helpless. It's a silent movie for her, so we had to believe it in her eyes, and she has these amazing eyes. She takes her time, and she reacts in the way that the best actors I know react, which is a natural quality. The other one that was a find was Tiffany Boone. We had seen a couple hundred people but she had to be someone who you’d believe was a scientist, and we needed someone who was young enough that you’d believe that this is her first trip to space, and there has to be this joy and she had all of that. 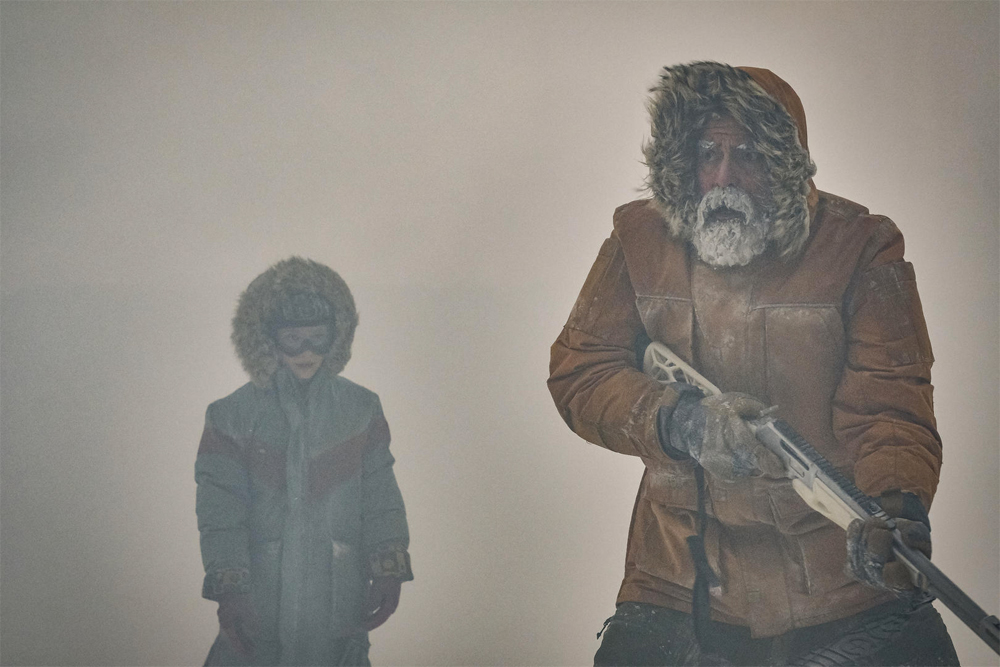 TH: What was the hardest scene to shoot?
GC: The one that was the hardest to shoot physically was out in the snow with Caoilinn when the wolves attacked. It was really hard because we needed to wait for the wind to pick up so that it could blow the snow. We couldn’t stay out without full coverage on our faces for more than 30 seconds, otherwise our eyelids would freeze shut. We were all tied to one another because when the snow came in, you could get lost from one another easily. That was the trickiest bit to film. 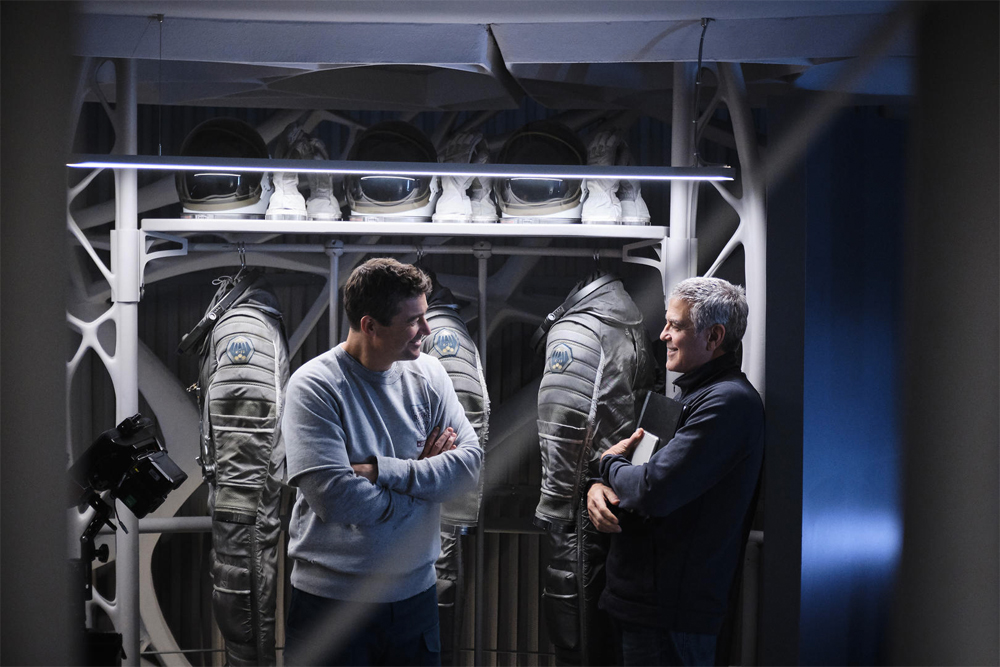 TH: About that twist, I have to say, I haven’t felt that gut-sinking feeling since The Sixth Sense.
GC: Oh, great! So you didn’t see it coming? 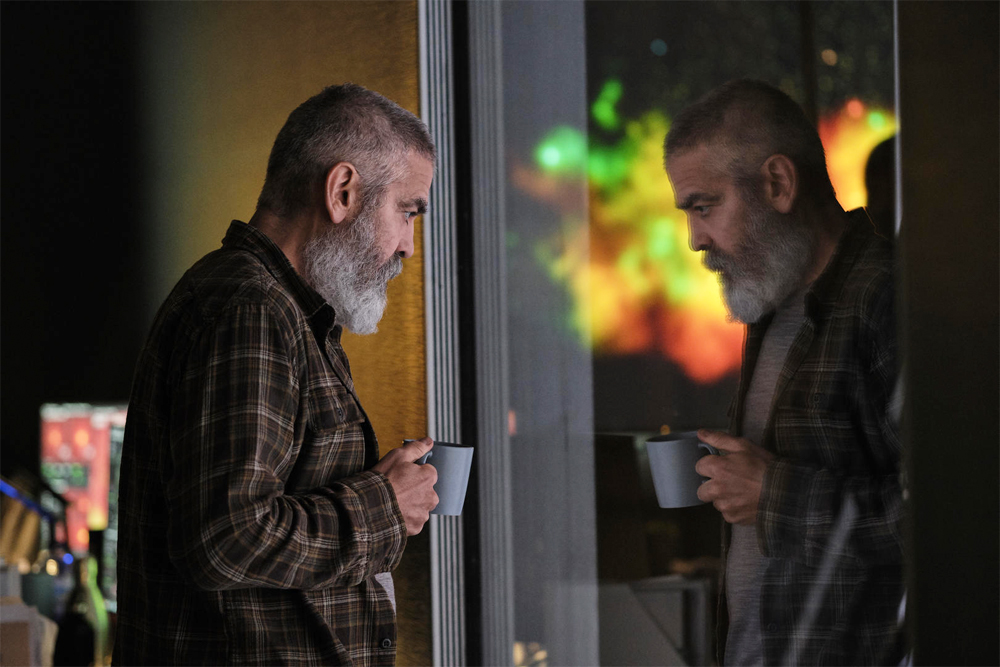 TH: Not at all. It was extraordinary.
GC: Thank you! I really appreciate it. When I read The Script, the thing that hit me wasn’t ‘Oh, this is a space movie, or an arctic movie’. What hit me was the relationships between these people. There's heroism in the idea that, in facing certain death, there is no panic, but something stoic and beautiful, and I really just loved all the characters and I felt I had the perfect cast to pull it off. 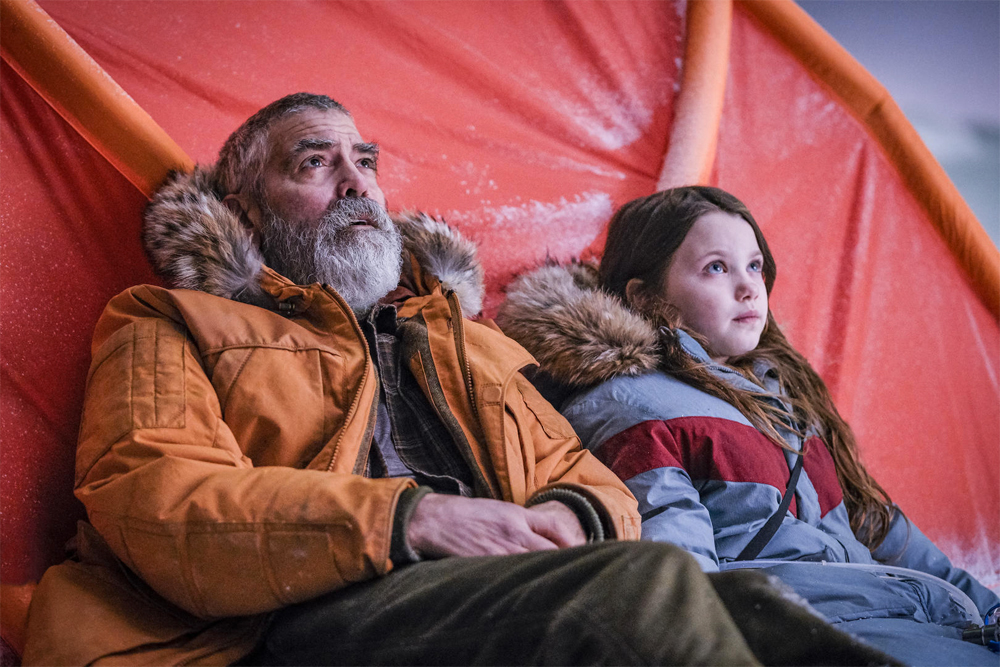 TH: So, has Mrs. Clooney seen the film?
GC: Oh, Yea! The funny thing is, because I work on it every day at the house, she’s seen every scene over a hundred times, but she hasn’t seen it all together. We’re actually going to go see it together. I always have to look at it on the big screen at least once, so we’ve rented out a giant theatre for six of us. I want to hear it in the theatre and I want to see it on the big screen to make sure that, if it’s ever projected, the visual effects all look good. So we’re doing one big screening and only six of us are going to be there. She’ll get to see it then.

TH: Giant theatre, plenty of room for social distancing, can I come?
GC: (Laughs) Well, I’m sending it over to my father-in-law and my brother-in-law in Beirut, so I’ll make sure you get a copy to experience it on the big screen, too.

TH: Are you familiar with Lebanese Director Nadine Labaki?
GC: Yes, of course. 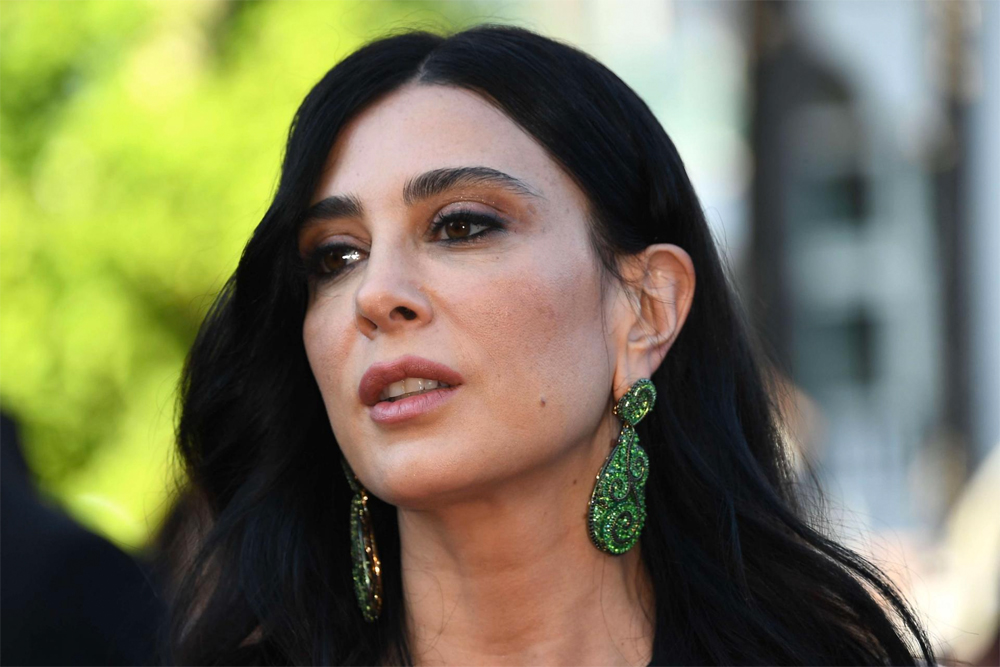 TH: Her film Capernaum was nominated for Best Foreign Language Film at the 2019 Oscars. Did you see the film?
GC: I did. It was actually so hard to watch. A very difficult thing to watch and I thought it was a masterpiece.

TH: Your kids will most probably grow to learn Italian and English. Would you like for them to learn Arabic at some point?
GC: Of course! My wife speaks Arabic and they already do a lot of ‘Habibi’s. Their grandmother who lives in London just speaks to them in Arabic, so they have a lot of little sayings they already say to one another. My son walked in the other day and said “Inshallah’ (laughs).

TH: Are there any values from your wife’s culture that you would like your kids to have?
GC: Absolutely! There is an incredibly warm and an incredibly kind culture that I've seen in my Lebanese family and friends. In spite of all the difficulties from civil wars, to all the trauma that you all had to go through in Lebanon over the last 30 or 40 years, the truth of the matter is that there is this incredible optimism and incredible durability. Watching all those protests in Lebanon this past year was so exciting to me. It’s great to see the people standing up and say “Enough. We want our government to work for us, not against us.” I really loved seeing that. I feel that if my kids have a tenth of that durability, they may be the strongest kids around.

TH: Will you be visiting this part of the world soon?
GC: I’d love to! I want to go see my father-in-law over there. And my brother-in-law’s got a beautiful place to stay, so yes, we’d love to. We’re dying to be there.

TH: Are you familiar with Arabic music and cuisine?
GC: I know some Arabic music, but the food… The food is amazing. We eat Lebanese food once a week. I eat it pretty regularly. There’s that one… the giant meat tortilla thing…

TH: I like that you call it a giant meat tortilla.
GC: Yes, it’s a huge meat tortilla and it’s fantastic! Amal’s mom makes amazing Tabbouleh, too. We eat a lot of it. 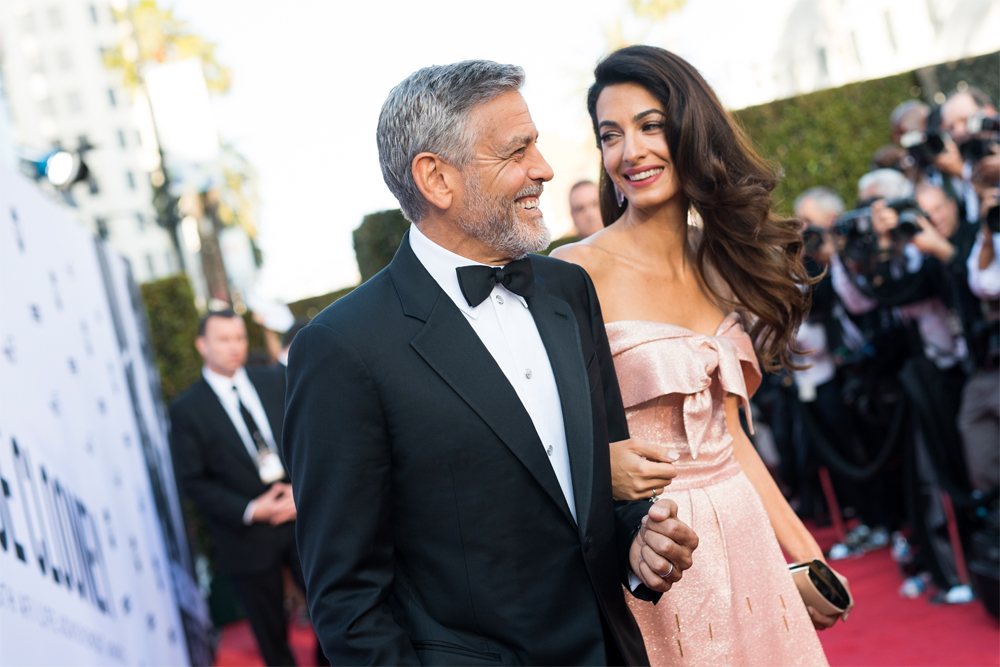