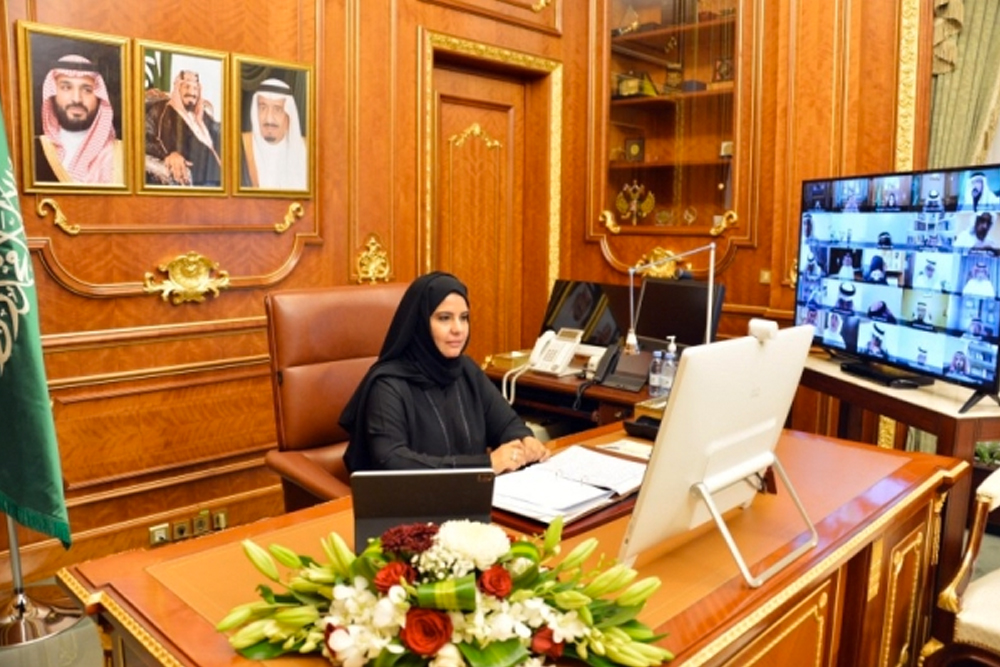 The newly appointed Assistant President of the Shoura Council Dr. Hanan Al-Ahmadi added another achievement to her impressive portfolio. Al-Ahmadi wrote history as the she became the first Saudi woman to chair a session at the Shura Council. Upon the absence of President Sheikh Abdullah Al-Sheikh and Vice President Dr. Mishaal Al-Sulami and in accordance with Article six of the Shoura Council Bylaw, the Saudi female trailblazer led the sixth virtual session on December 2nd.

According to Saudi Gazette, member of the Shoura Council Dr. Faisal Al-Fadel said that the chairing of the Council session by Dr. Hanan was considered a historic event. Under Saudi Arabia’s Vision 2030, this landmark event is seen as another example of how the Kingdom continues to empower women and diversify opportunities.

The restructuring features the historical appointment of a Saudi woman, @HananAlAhmadi, as an assistant of the speaker at the Shura Council.https://t.co/WYvImO3RsM

Some of the deliberations in the Shura council session included urging the Ministry of Foreign Affairs to find its own premises for diplomatic missions to replace the rented ones and decreasing the number of staff working on contract basis at the Saudi, and approving the draft job discipline law to make sure that the operations of public offices and employees are smooth.

More on the Assistant President Dr. Hanan Al-Ahmadi:
Hanan Al Ahmadi is an Associate Professor of Health Administration at the Institute of Public Administration in Saudi Arabia, and a member of the Kingdom’s Shura Council. When she was appointed to the Shura Council, Al Ahmadi experienced mixed reactions from Saudi society, but she was happy to find that most were supportive of women being able to take up such positions. Al Ahmadi worked on recommendations such as the alimony fund for women and their children, the establishment of an executive body handling domestic violence cases, and many more.