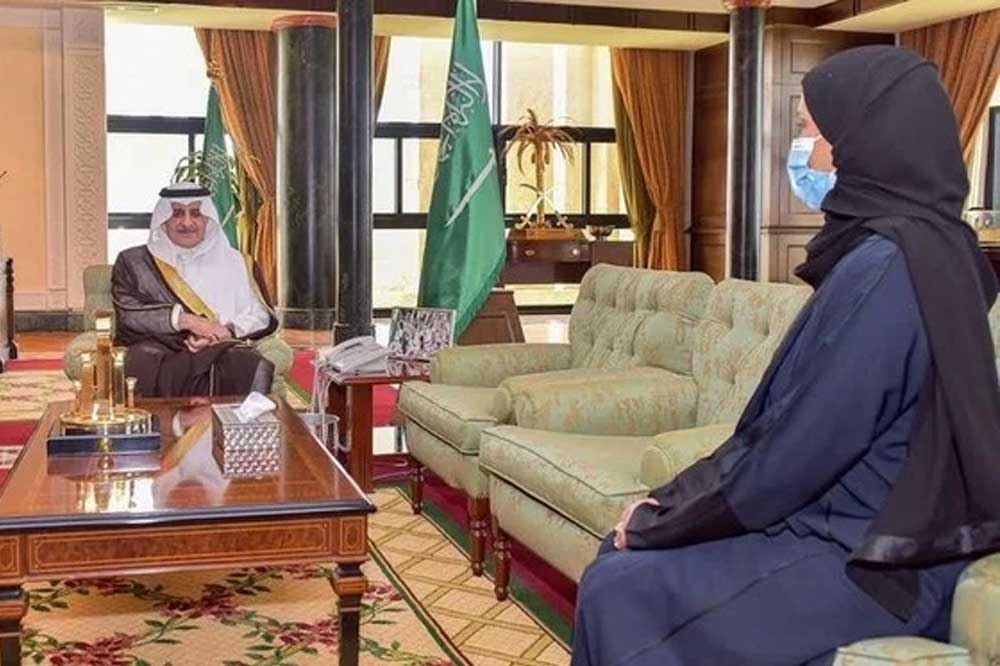 Saudi Arabia has just appointed Dr. Khulood Mohammed al-Khamis to become the head of Tabuk’s regional council. A historical moment in the Kingdom as al-Khamis is the first woman to reach this position.

Upon her monumental appointment, the leading Saudi woman held a meeting with the Governor of Tabuk Region Prince Fahd bin Sultan bin Abdulaziz on Monday.

“His Highness congratulated Dr. Khulood al-Khamis on this confidence as the first woman to hold the position of Secretary-General of the regional council at the level of the Kingdom, wishing her continued success in her new work,” read a statement by the Saudi Press Agency.

“I’m happy to be the first Saudi woman to hold this position and to be a daughter of Tabuk, and this is not surprising from the leader on the matter, and from (His Highness) Prince Fahd bin Sultan, Governor of Tabuk region, and the keenness to empower Saudi women to assume leadership positions in the Kingdom,” al-Khamis told Al Arabiya.

Al-Khamis has made a local name for herself in STEM. After earning a Ph.D. in inorganic chemistry from Howard University in the United States in 2018, she worked as a teaching assistant, a lecturer, and an associate professor at the Faculty of Science at the University of Tabuk. According to Al Arabia, al-Khamis took part in many research studies during her career and participated in many specialized activities in the fields of science.