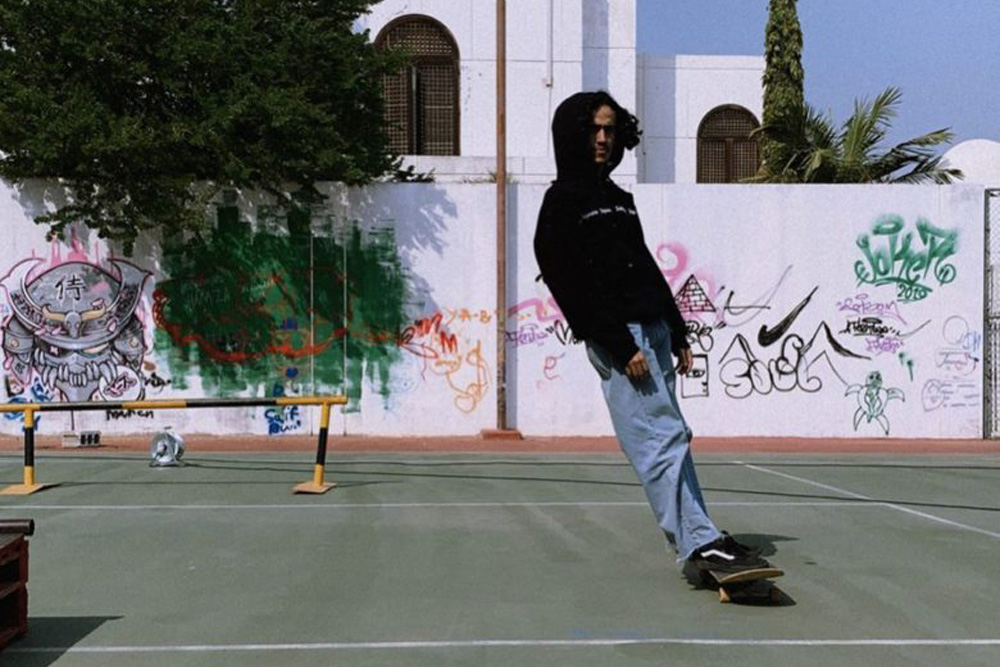 As Saudi Arabia opens its doors to the world, many of the Kingdom’s subcultures have been coming to the limelight. As part of this wave, Vans Middle East has created a video series focused on highlighting Saudi Arabia’s emerging skateboard culture, recently unveiling the second episode this week featuring Ali Bin Mahfouz, one of Saudi Arabia’s first skateboarders.

In the film, Bin Mahfouz explained how he first delved into the world of skateboarding, saying, “I saw some skateboarding videos on YouTube and I noticed it wasn’t something done regularly in my community […]  I decided to build my own rails, funbox and mini ramps and learn how to use it myself.”

When the skater started, he had to order a generic skateboard on Amazon as there were no shops in Saudi Arabia where he could get equipment. With his board and no other skaters to accompany him, Bin Mahfouz roamed Jeddah to find a spot where he was allowed to skate, navigating his hometown and the country’s strict rules, sometimes successfully and sometimes ending up at the police station.

Today, skateboarding has moved from an obscure sport to one practiced by many in Saudi Arabia, certainly making it much more popular and acceptable than it was when Bin Mahfouz started outing constructing his own space just a few years ago. Today, although the scene remains small, more and skateboarders can be seen around Jeddah, particularly at the city’s new skatepark called Merkaz.

“I am positive that having a skatepark will bring everyone together […] Even the people who don’t know about skateboarding, they are welcome to watch and learn about what we’re doing,” Bin Mahfouz explained.