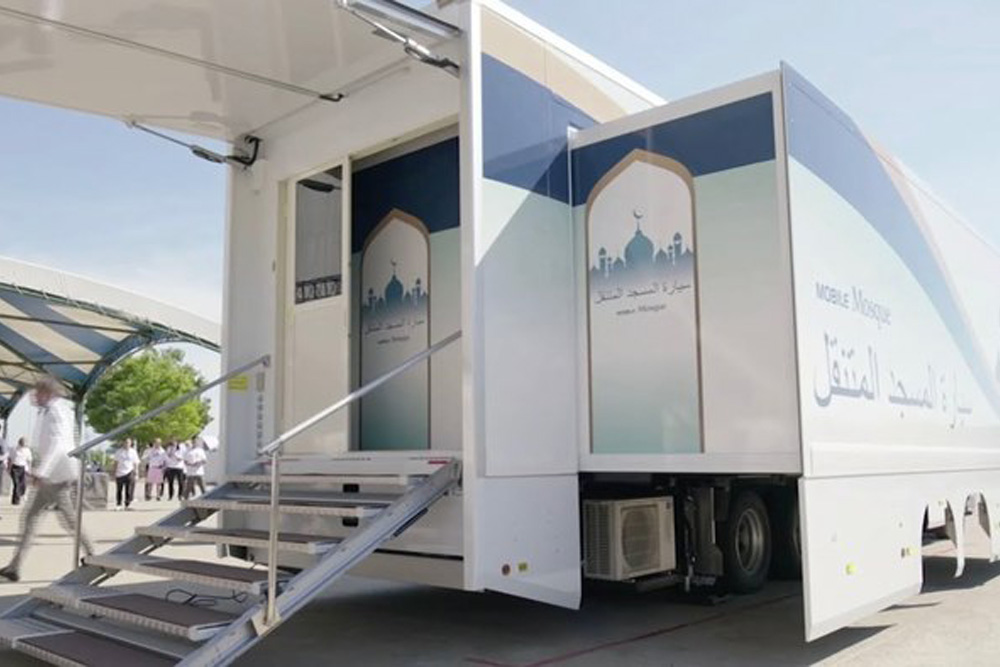 The 2020 Olympics in Tokyo are fast approaching, and the country is doing its best to accommodate all cultures coming together for this exceptional event. Tokyo has developed the Mobile Mosque for the Muslim visitors attending the Olympics this summer. The "Mosque on Wheels" are 48 sq meter prayer rooms set up to fit 50 people at a time.

Who's behind this inclusive concept? Yasu Project hopes that the Mobile Mosques will raise awareness amongst various cultures and also encourage inclusivity and dialogue between several backgrounds.

A Mobile Mosque that is a fully-equipped 48-square-meter prayer room at the back of a parked truck, which includes Arabic signage and outdoor water taps for pre-worship cleaning, has been introduced for the upcoming Olympic Games in Tokyo https://t.co/FKD8Lf0udc pic.twitter.com/f4YhhhiDqb

The innovative company have been working on the Mobile Mosques since July 2018, and at the time, found that there were hardly any mosques around for which Muslims to pray in. Speaking to Arab News in 2018, the Yasuharu stated, "As an open and hospitable country, we want to share the idea of 'omotenashi' (Japanese hospitality) with Muslim people.”