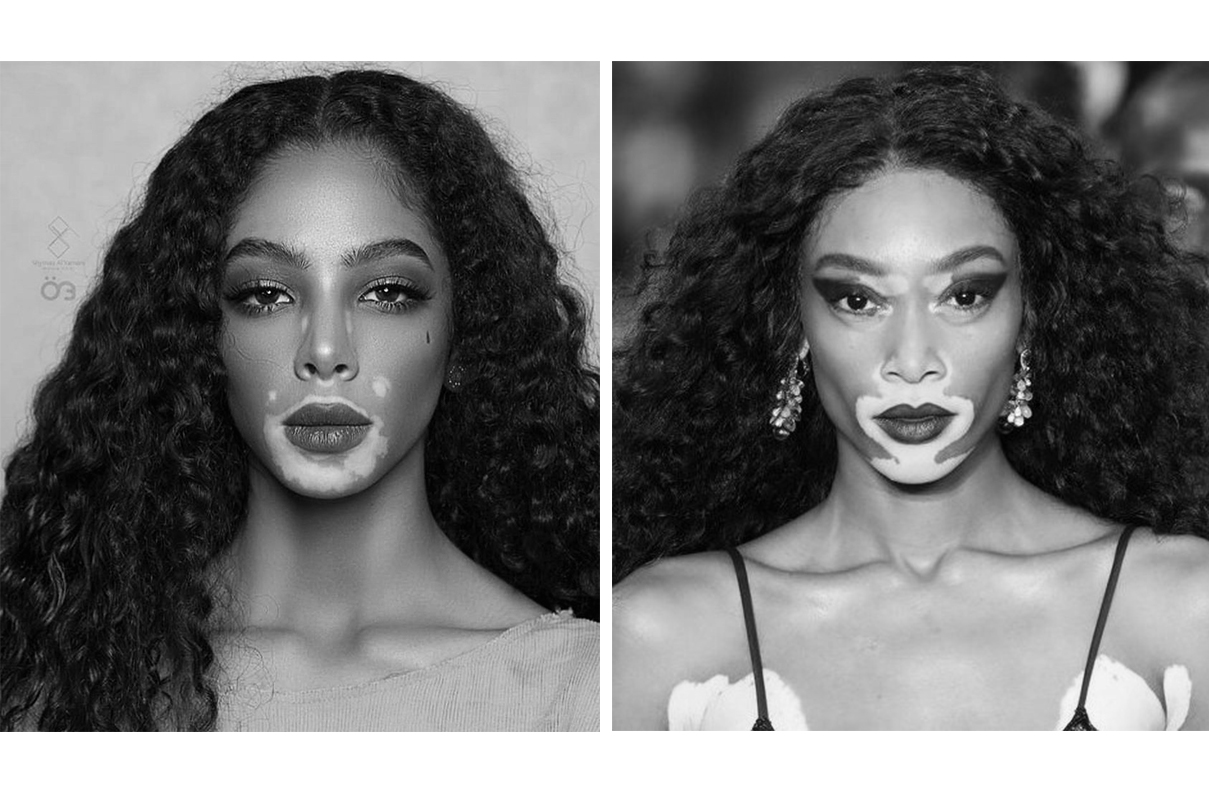 Announced yesterday by both models on Instagram, Shahad Salman and Winnie Harlow have shot a Vogue Arabia cover making a groundbreaking statement about representation and women empowerment. Harlow posted the cover with her look-alike on Instagram, stating, “When I saw the beautiful Shahad on Instagram about a year ago I knew I wanted to do something powerful with her.”

My first time in vogue, i’m so honored to have been a part of this Thank you for everything i’m blessed Thank you @mrarnaut and @voguearabia , @katieellentrotter “Before i didn’t feel good with myself and I didn’t like the way I looked. @winnieharlow gave me the confidence to fight.” Thank you for making my dream come true . Love your self no matter what ♥️.

Winnie Harlow is a Canadian model and the ultimate envoy for embracing what makes you different. She was diagnosed with vitiligo at the age of four, and she states to many news outlets that it was a difficult journey for her. However, today when Harlow marches through catwalks of the most prestigious brands in the world in the biggest fashion cities of the world, you know that she has made it. The model is constantly championing diversity, self-acceptance, and empowerment of others. This time, she and Shahad Salman crossed paths to create a beautiful testimonial. 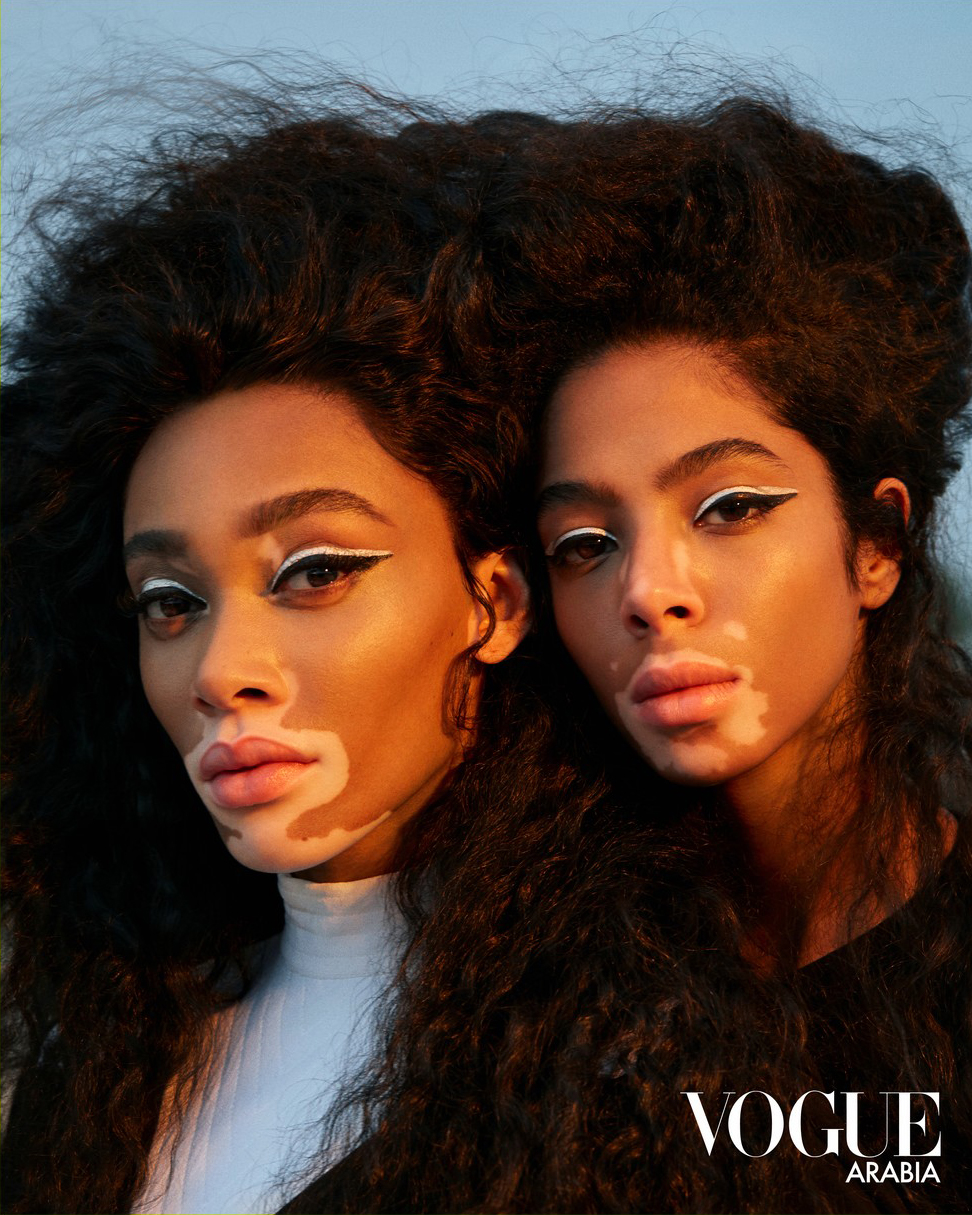 Shahad Salman is a Saudi Arabian model from Dammam. She has previously appeared in shoots for Farfetch, Recent, and Grey Collective. She was found on Instagram by Winnie and from then and on, her life took a turn for the best. She stated on Instagram: “My first time in Vogue, I’m so honored to have been a part of this. Thank you for everything I’m blessed…‘Before I didn’t feel good with myself and I didn’t like the way I looked. @winnieharlow gave me the confidence to fight.’ Thank you for making my dream come true. Love yourself no matter what.”

Inshallah my beautiful @5sunshine1 love you so much️

The resemblance between them is striking and the influence this union can create is dazzling. Vitiligo is a rare skin condition that affects 1% of the world’s population, and being in that miniscule percentage can sometimes be tough. Here’s where Harlow and Salman come into place to teach the younger generation of girls and women that your skin color or discoloration does not define you. It’s endearing to think that a small girl growing up could open social media and see that there are role models that look like her, and that she can see herself in the beautiful faces plastered everywhere. 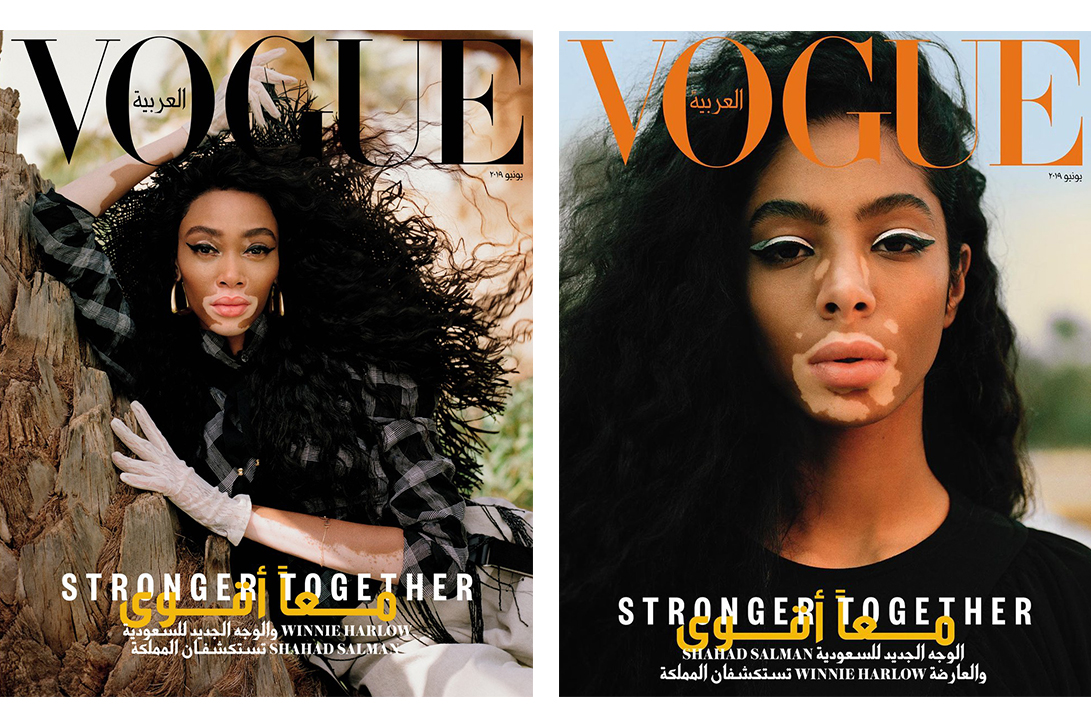