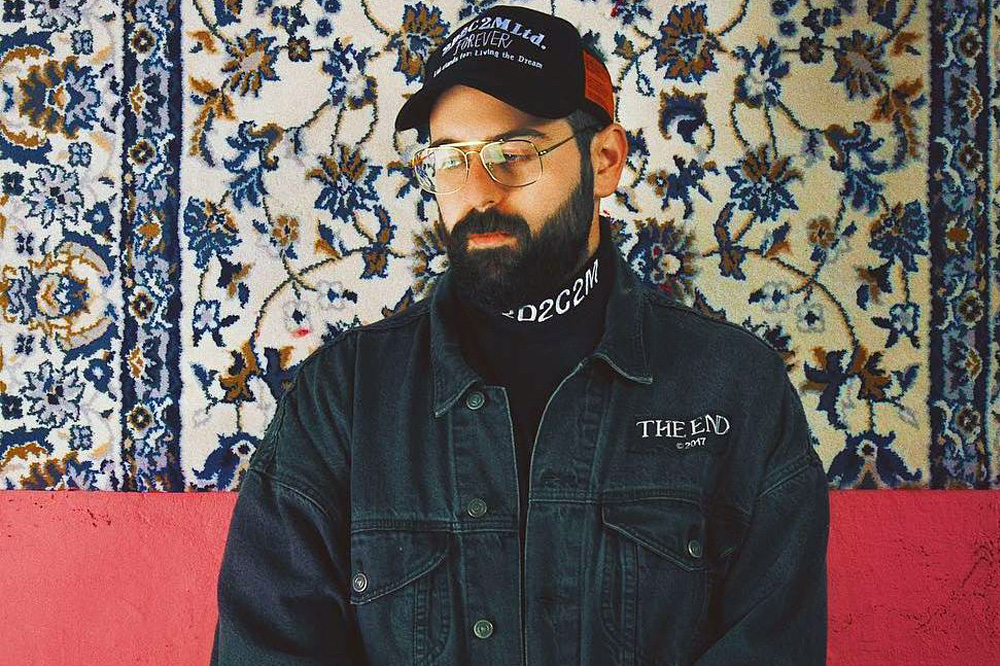 Ali Cha’aban is a Lebanese artist, born and raised in Kuwait and currently represented by the Hafez Gallery in Jeddah, KSA. Arab culture and tradition are the themes often apparent in his work, and with his background in anthropology, he has been proclaimed a “pop-culture analyst”. Ali Cha’aban’s work revolves around the idea of nostalgia, which is another common theme in his body of work in which he aims to challenge socio-political issues such as Arab identity and the state of dystopia.

With a keen interest in identity in his art, his inspirations are also explained in his biography on his site, “The impression that “Arabs are strangers everywhere,” resides with diaspora; the struggle of identity amongst the masses is a never-ending research. Through art is where one finds a common language that displays what is seen but never told,” a notion prevalent in his work. 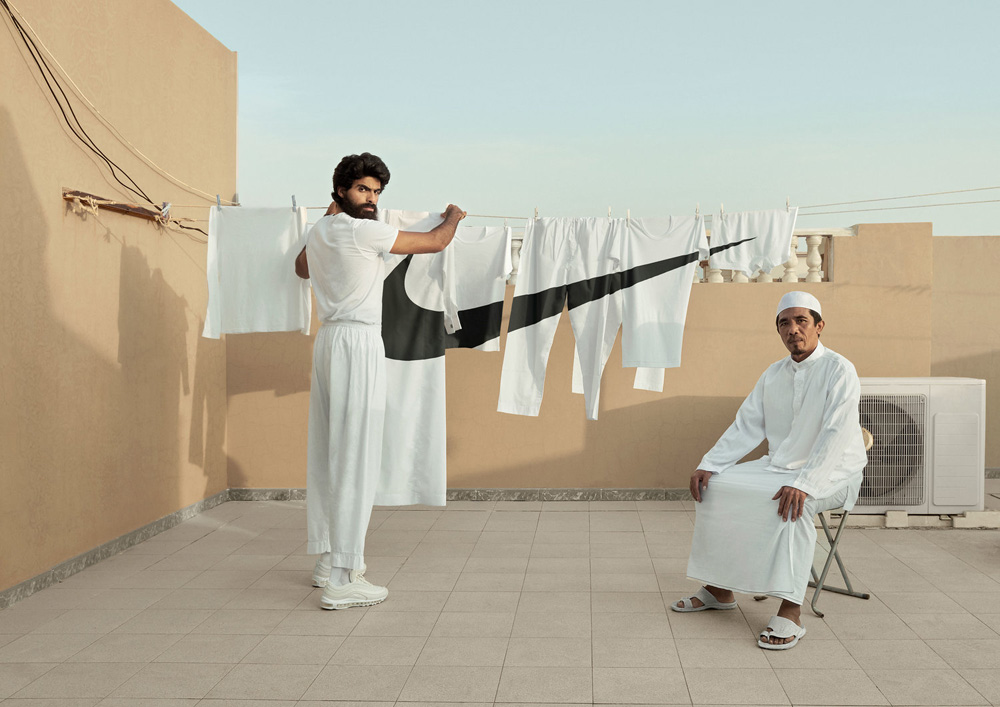 In a recent interview with Grazia Middle East, the Saudi-based artist touches on his relationship with sportswear giant, Nike and speaks about where a humble collaboration with the brand began, including the mention of a collaboration with female Saudi fashion designer, Arwa Al Banawi, "It all started with the Vice x Nike collaboration where I produced the Satellite Culture campaign; a means of revisiting our past with humble intentions before the internet with the '97 Air Max. From there grew a long-lasting friendship with the brand, with them giving me the opportunity to produce my own pair of sneakers called Dusk to Dawn. Ever since, it's become a supportive brand that helps me create my vision - and it's only the beginning. Now I’m working on a new collaboration with Arwa Al Banawi and Nike which will be released late November."

The artist also spoke about how elated he was when Nike represented Islam through the Nike Pro Hijab as he talked about the way in which the sports label inspired him, "As I started working closely with Nike, I was inspired by its global impact, and the weight of social responsibility it holds. It was a moment of triumph for me when it launched the Nike Pro Hijab. As a Muslim, when a global brand recognises a religion [like this] it gives the message that ‘my’ Arabian peninsula as a whole is very inspiring. Its richness in culture and diversity makes it a melting pot that inspires the masses.” 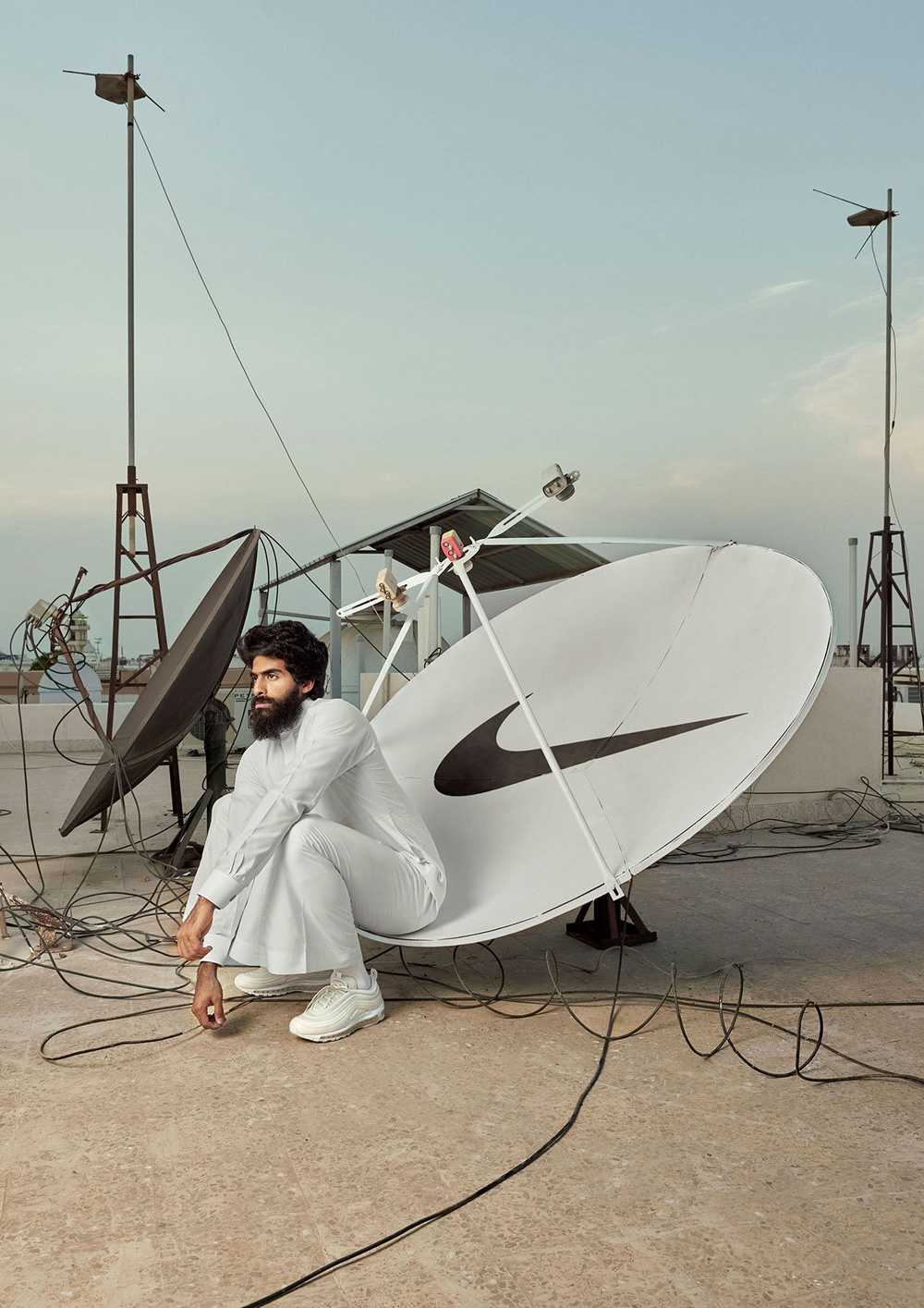 Ali Cha’aban doesn’t think Nike should stop at it’s Pro Hijab which it comes to the Muslim identity within sport; the forward thinking artist spoke about what he thinks Nike’s next steps should be, “I felt like Nike’s next steps should be to cater to veiled culture because it would be incredible to create a dri-fit niqab that allows women to exercise while keeping the poise of their religion.” In the same breath Ali spoke about his collaborative art photography project with portrait photographer Abdullah Al-Shehri, the groundbreaking artist talked of his latest project, inclusive of social disruptor and niqabi influencer, Amy Roko, “I partnered with Abdullah Al-Shehri because he’s an incredible portrait photographer who really captures emotions, and since the veil doesn’t allow much of the face to show, the challenge was to let the eyes speak. The model is Amy Roko, a social-media influencer who is known for her niqab. She's flaunted her lifestyle under the veil without ever implying that it has been a crutch."

Cha’aban didn’t always want to be an artist, but became motivated by social and political events, commenting on them through his work. These social and political issues were what drove him to take up art as he revealed that his first years in college were spent on studying pre-med, but events like Lebanon’s war in 2006 detached him from taking that path, “I was motivated by the means to comment on social and political events via visual representations. That evolved into wanting to become a storyteller of sorts. With a major in Anthropology, I organically then became somewhat of a pop-culture analyst." 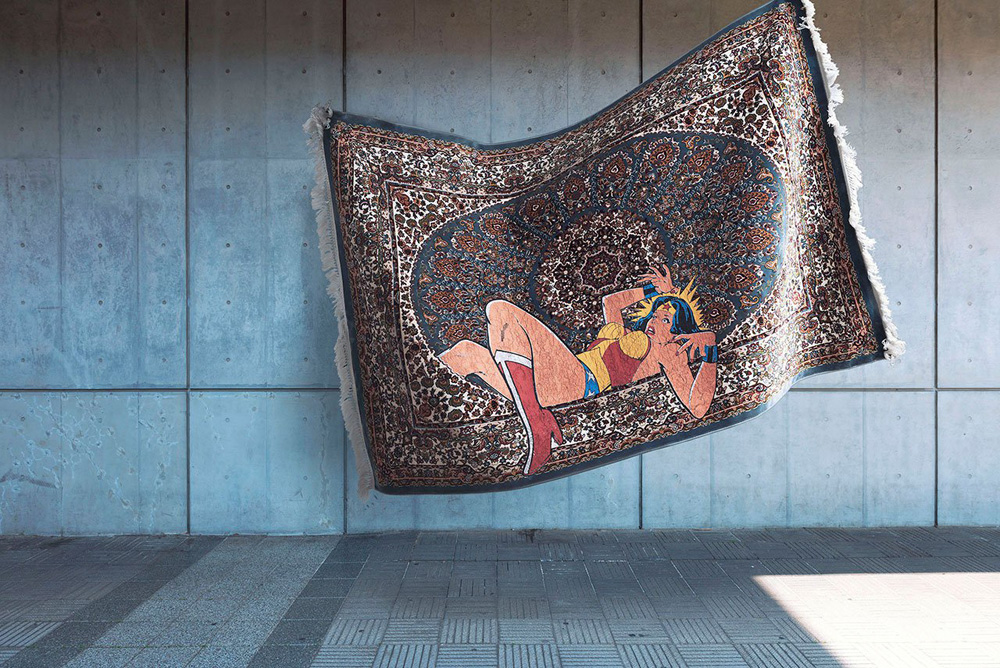 “Art functions as a haven for ideas, art is propaganda, art is a voice, and art is a means to seek change. As you can see, it's a form of communication that goes beyond normal discourse; it has the ability to drive a notion from said to felt,” says Ali about the message he hopes to convey through his art.

Where nostalgia is a theme that is prevalent and apparent in Ali Cha’aban’s art works, he is also trying to find answers to relevant questions that challenge his art, "There's a strong current of nostalgia running through my work but its significance is still vague. Does it reflect a longing for the innocence of childhood and the simplicity of the pre-digital age? Or is it a form of escapism from the current socio-political problems? That’s what I try to answer.”

Ending on how he feels about fellow creatives from his generation who are making significant waves within the Arab art world, he told Grazia Middle East of the art scene and the artists that have been trailblazers in his eyes, “The contemporary art scene has raised the bar for emerging artists and designers to create tributes to their culture with an evolving state of mind. There's Khalid Zahid who has combined Islamic art and motifs in a non-conventional way, Ali Shehabi, whose photography has built a cult following, and designers such as Too Dark To See Tomorrow, Arwa Al Banawi and Mohammed Khoja (Hindamme) who have all impacted the fashion scene as Arabs.” 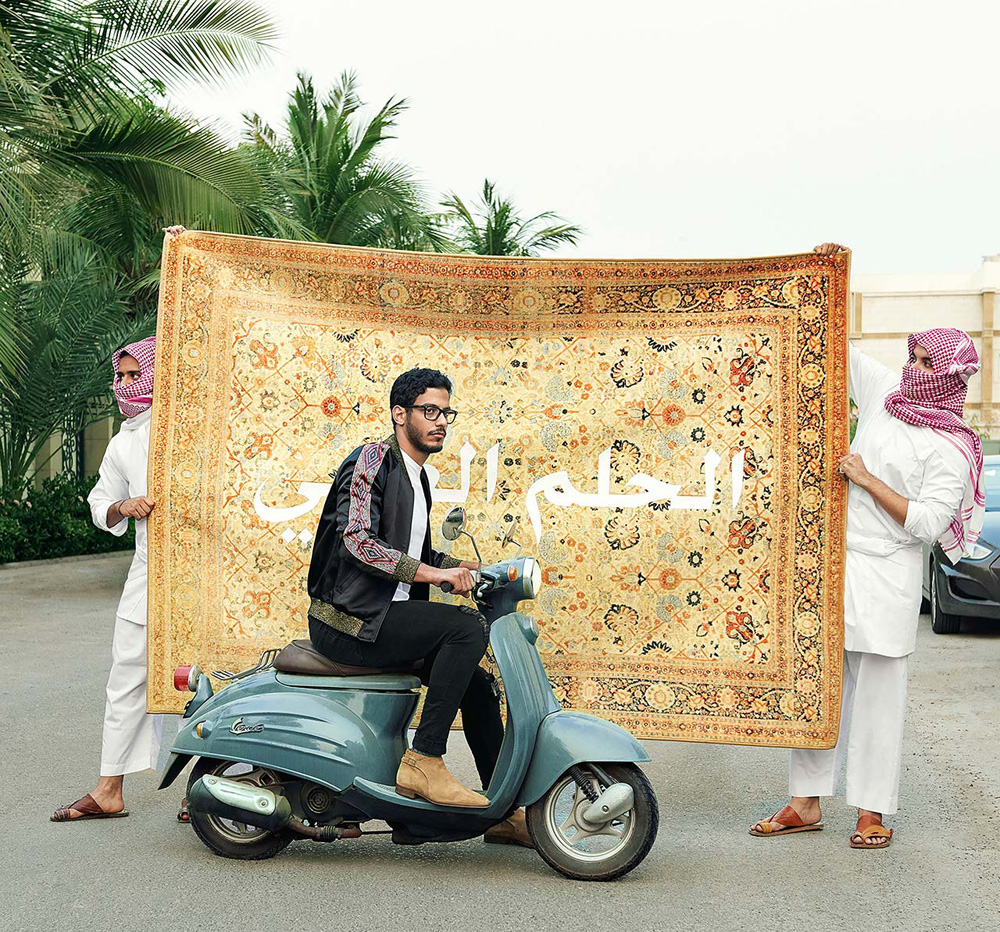 Orating with pride of his fellow Arab contemporaries, he says, “I always say that I’m super-proud of my generation. Young Arabs have been creating and producing things that have seriously put us on the map. We have been able to forge an identity for ourselves and an ever-growing aesthetic that defines us."

Cha’aban has exhibited with galleries such as Ayyam (Jeddah), Mark Hachem (Beirut) and Galerie Nikki Diana Marquardt in (Paris).