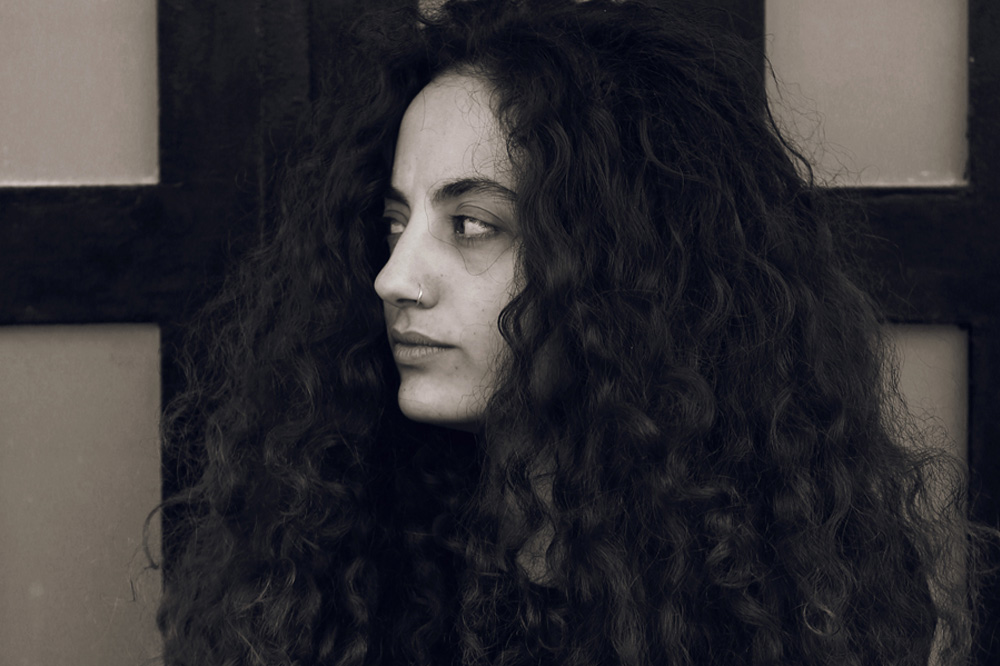 Writing her debut album as part of a university project, Maysa Daw released her album, Between City Walls, in June 2017. Daw’s musical style is very much driven by her signature guitar driven, indie style and touches on issues that are close to her heart, including, equality, politics, a want for freedom and love under occupation. 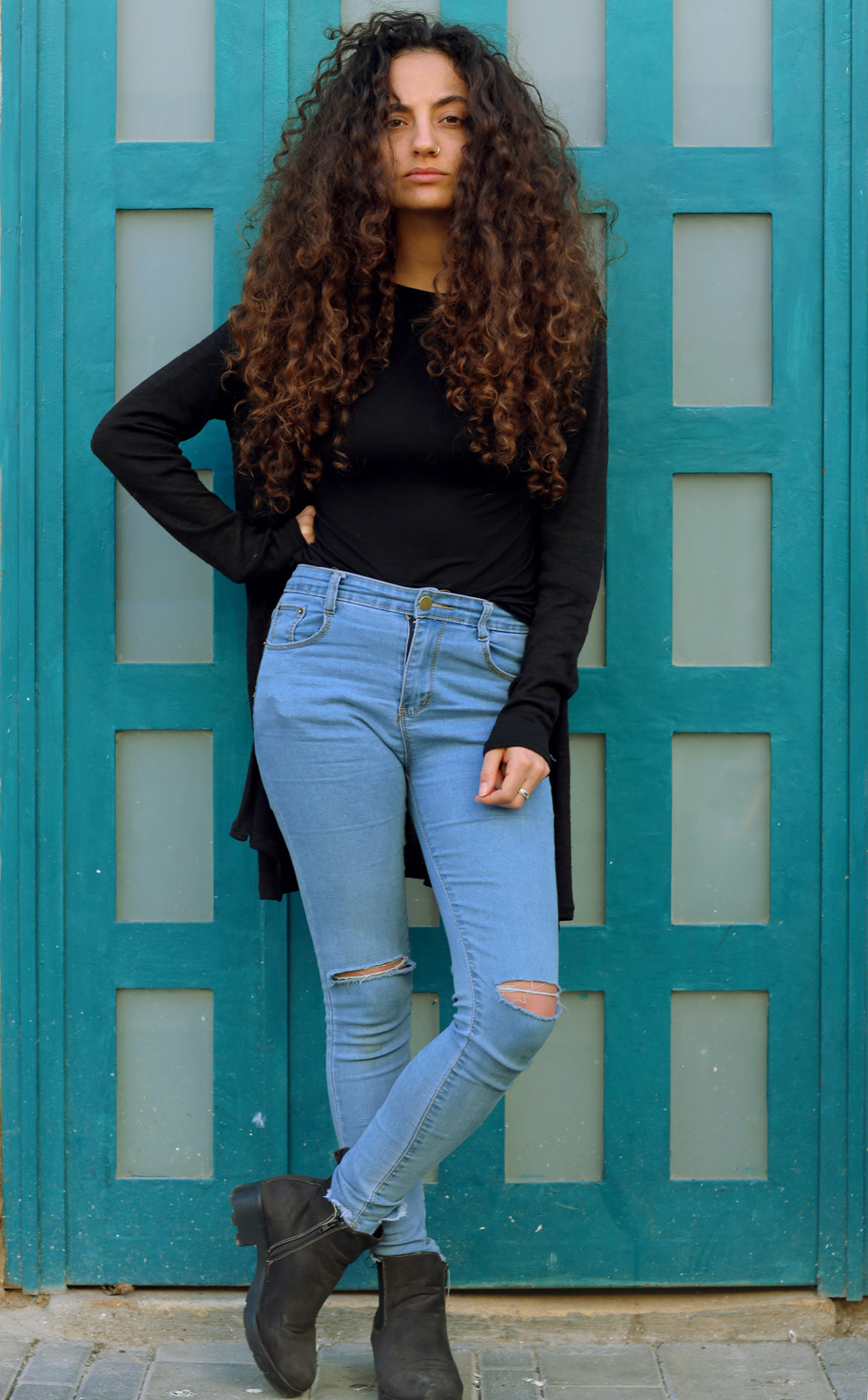 Born in Haifa, she is very much a product of the city and it’s indie Arabic music scene. The emerging musician talking about her inspirations for her first album, said, “It was a very different world for me. I grew up in Haifa, which is a lot more chill, a lot more relaxed, and suddenly I move to Jaffa and study in Tel Aviv and everything was so intense. Everything was so new. It produced a lot of stuff. Love songs, break-ups songs, political songs. It also produced one of my favourite songs – Crazy. I was so frustrated when I started writing this song. I was thinking of so many things at the time and I just wrote everything down. It’s exactly the way I was feeling – the things that I was asking myself. It talks about religion, it talks about death, and it talks about politics. It talks about a lot of things.” 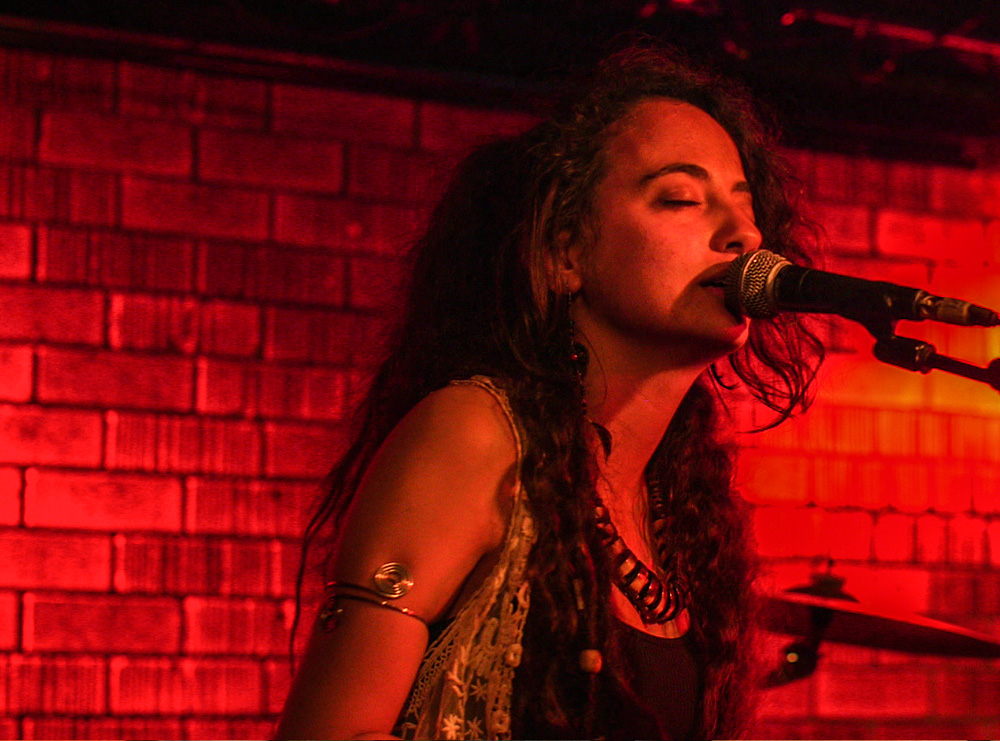 Maysa also draws inspiration from her Arab heritage as she features samples of classic Arabic songs in conjunction with sounds of the Spanish guitar, radio static and live voice recordings from the West Bank, all prevalent in her album which is helping to make Maysa Daw much talked about.

Not only is Daw a regular performer across venues such as Kabareet, she has also collaborated with the Ministry of Dub-Key, a Galilean group that combines hip-hop and dancehall beats with traditional Palestinian dabke, most certainly not forgetting her roots. Becoming internationally renowned, the talented singer-songwriter will perform in Switzerland as part of a collab called the Basel-Ramallah Project and was also in Chicago last month headlining at Palipalooza. 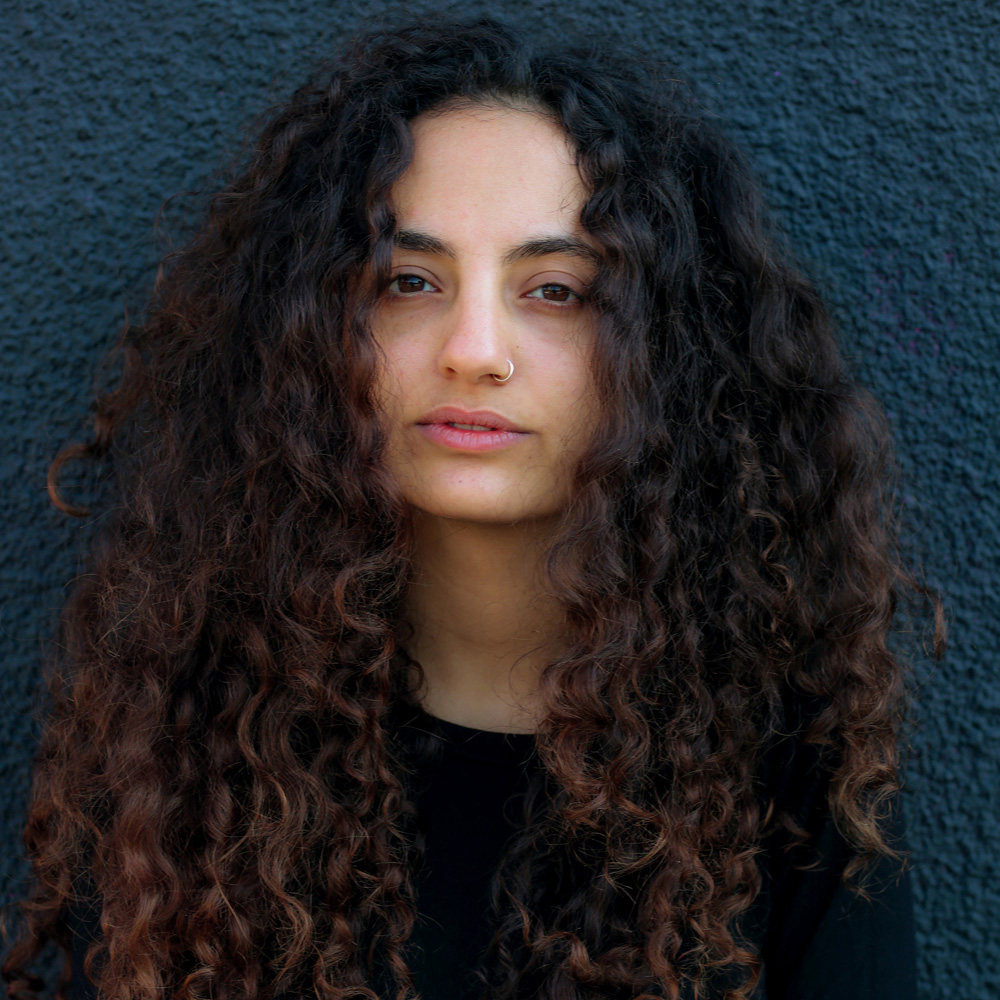 With her father being a well-known actor, Salim Dau, she was no stranger to performing, and found herself singing on stage at the age of 10, “The first time I sang on stage I was maybe 10 years old. My dad was always at the theatre and always on TV, so it kind of gave me the feeling that this was the usual thing to do. I never really had that fear or that stress before going on stage. It was the natural thing for me.”

Speaking about her hometown, which she loves for its nature, she says, “You know, Haifa is very inspirational. You’re living by the sea on a mountain and you have everything pretty much that you could ask for in a city. It’s very chill. And in Jaffa I didn’t really have that. You barely have any trees around, you barely have any nature around you or anything. Tel Aviv is a very big scene, but more for Israeli music, and for me it was hard to really relate to the scene that is happening there, or to feel that I belong.” 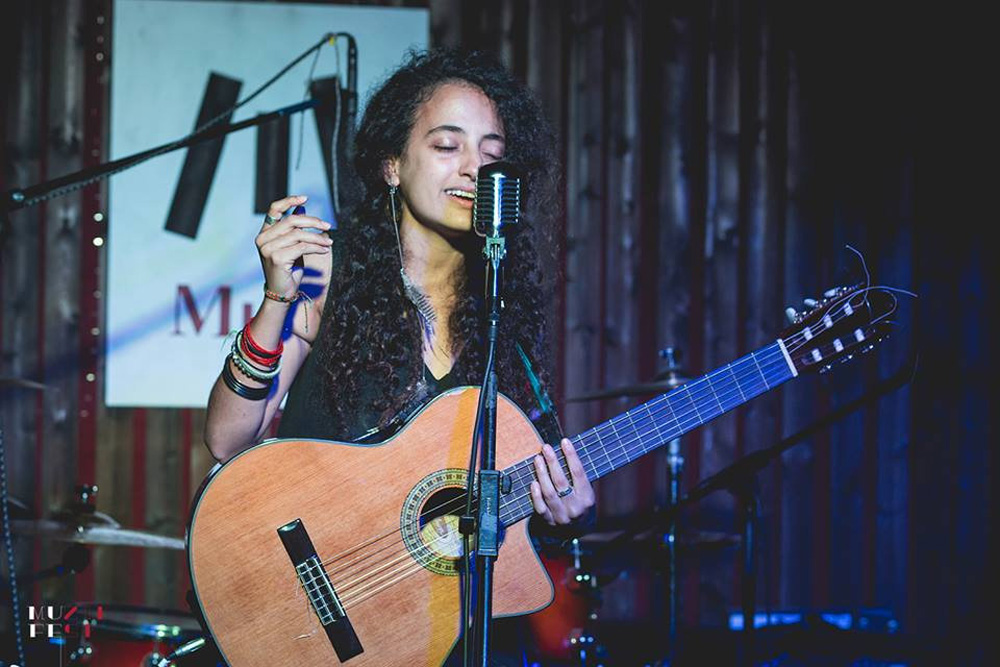 Recently having completed the recording of her next album with a group she joined 5 years ago, Palestinian hip-hop artists, DAM, Daw’s album is due for release in early 2019 and, currently un-named, it would be her first full length collaborative record with DAM, with whom she had previously released two tracks. One of Maysa and DAM’s collaborations include a track with a feminist theme, entitled “#Who_You_R”.

As a songwriter, Maysa’s songs are a reflection of how she views the world and as a Palestinian living inside Israel’s pre-1967 borders, her view of what’s around her can often be one of conflict. Mostly personal, her work can also convey political themes, for example, her song “Come With Me” is about two people in love being kept apart by a wall. In another song, entitled “Radio”, are the recorded voices of refugees living in the West Bank, talking about the separation wall, how they want to demolish it and it has impacted their lives. 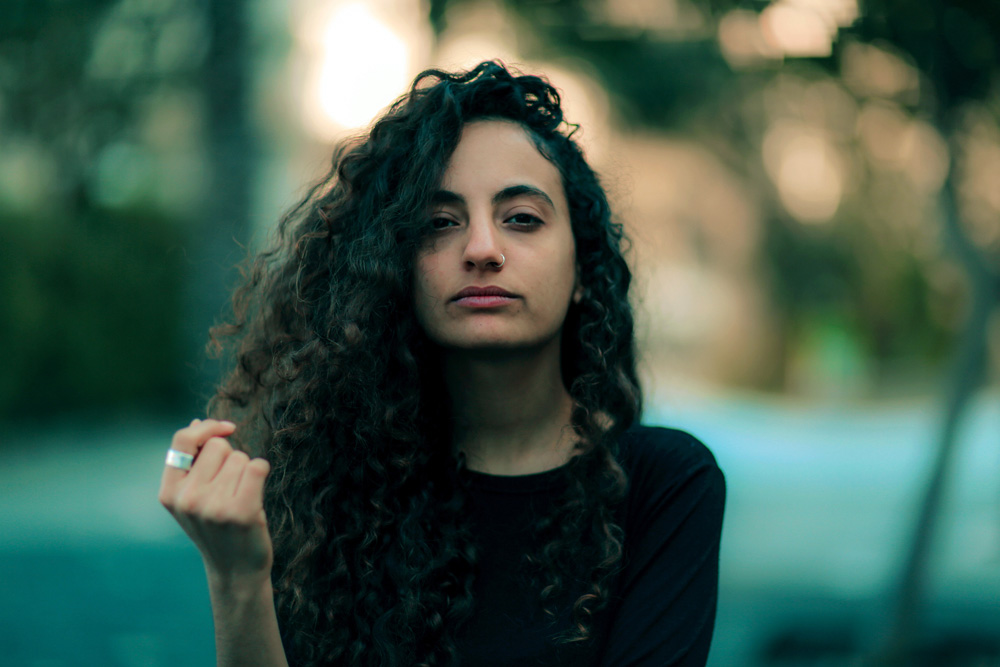 Daw speaks about these themes in her music, “I do talk about politics, but only because it’s a big part of my life, whether I want it to be or not. And believe me, I don’t. But it is a part of my life. I started loving music way before I even understood what politics is. I only wanted to make music. But with time I understood more about the responsibility that I could accept to have – not exactly a responsibility, but a sort of a privilege. I have this voice that I can use and it has the potential to reach a lot of people. It made me realise that I can use this to talk about things that many other people can’t talk about.”

Maysa also discussed the music industry’s attitudes towards Arabic music in Israel, and how everything related to her heritage and Arab culture is somehow connected to politics, “The music industry here doesn’t really play our music,” she said. “They don’t say anything against us, but the big radio stations would play an Israeli singer singing Arabic, but would never play an Arab singer singing Arabic. Of course, it’s not black and white, but in general you wouldn’t hear Palestinian artists on Israeli media.”

Not letting these difficult obstacles deter her from achieving her dreams, she is consistently on stage or in a studio working towards her next record. 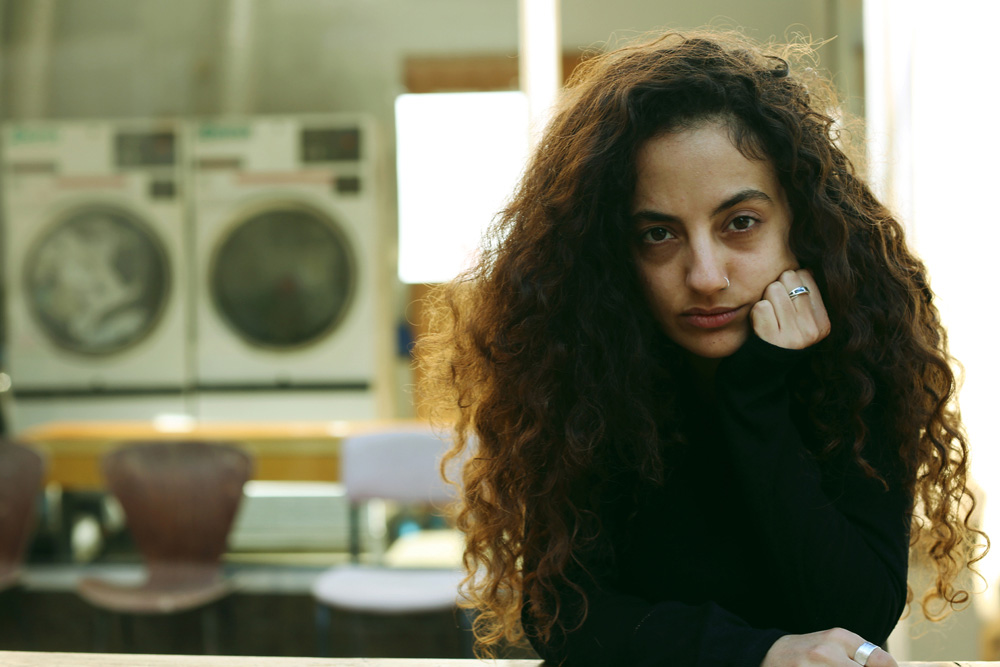 “Who knows what will happen. Maybe some magic will happen and 10 songs will fall on me from the sky,” she laughs.