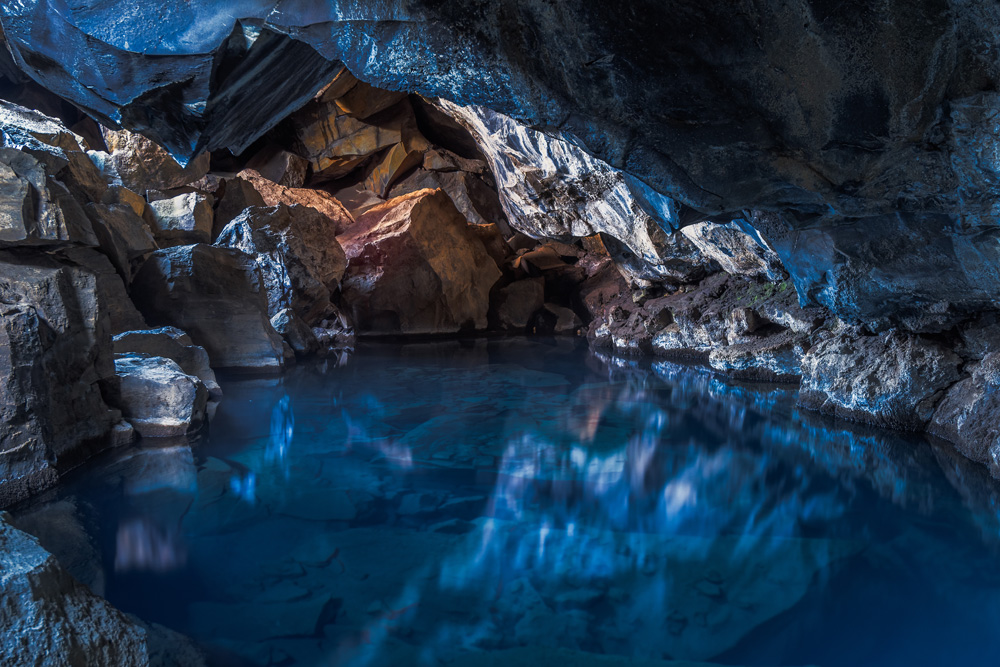 Have you ever wondered what it’s like to swim, snorkel or even scuba dive in the middle of the desert? Well, one way to find out is to visit Heet Cave, known for its crystal-clear waters. It’s the perfect place to explore if you love adventure, a bit of a challenge and off-the-beaten track trips. Additionally, as it’s on the outskirts of Riyadh, it is one of Saudi Arabia’s most easily accessible wild caves.

Once you see the seemingly fragile entrance, you’ll instantly realise why this hidden gem is also called Ain Heet. Ain means eye in Arabic, and the 20-metre wide entrance has almost the same shape as the facial feature. Being told to wear rubber shoes is probably the most useful piece of advice you’ll get, as there’s a steep walk down to the underground lake. What’s more, while the cave starts narrowing down to approximately five metres, you have to carefully watch how you step on the unstable rocks, as the boulders are not fixed to the ground. And during your caving exploit, you can see the sedimentary rock layers on the cave walls. This tricky downward trek is not child-friendly; so don’t plan this as a family outing.

Once you reach the main chambers and see the pristine blue waters of the underground lake, you’ll feel all the effort was really worth the while. The water is known to get 30 metres deep or deep enough so you don't see the bottom of it, while the lake is over 150 metres in length. However, water levels do vary and sometimes there isn’t even enough water to enjoy a swim, so it’s always better to check ahead. Plus, to really enjoy the experience, it’s better to go early, when it’s less crowded and the water is fresher.

How to Get There
While on the Al-Kharj Road heading towards Al-Kharj, there’s an exit to Al Heet, a small town that faces Mount Al Jubayl, about 40 km from Riyadh’s city centre. And about five km after the exit, there’s a dirt road heading east that leads to the cave. It’s probably best to go with someone who knows exactly where it is, as it can be tricky to find. However, whenever in doubt, most people use an old and deserted petrol pump house as a reference point. Spotting some wandering camels along the way is an added bonus to the exciting trip.

Note: To preserve the beauty of this cave, make sure to take your own rubbish bags and get rid of your waste responsibly.