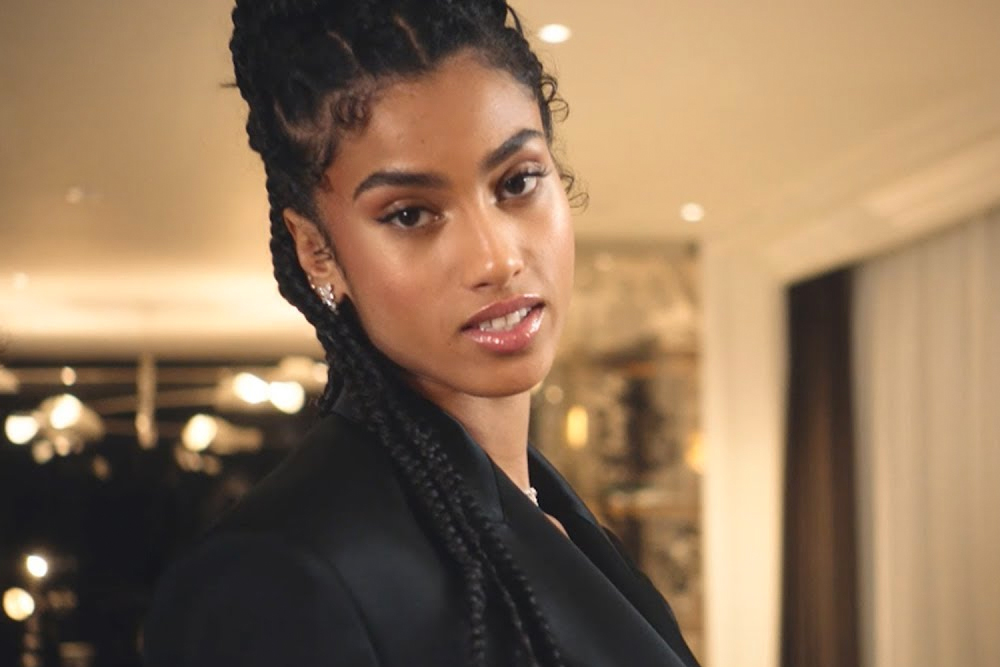 Imaan Hammam, a Dutch Moroccan Egyptian model, was captured by Australian photographer Max Papendieck for a 36-page magazine, with all sales revenues going to the She's The First (STF) charity.

Hammam is a spokeswoman for the Grassroots organization that works to educate and empower young women all across the world. She was captured on camera by New York-based photographer Papendieck for an image-based magazine that has a displayable plexiglass.

In 2019, Hammam and STF collaborated for the first time when she took her Instagram followers on an excursion to see adolescent girls in The Gambia. Later, she posted on Instagram about the life-changing trip, “The girls and boys were getting ready for the talent show that was taking place that day. I was so excited to see what they were working on, from dancing to poetry to singing. My role for the day was to accompany them and offer any advice that I might have.”

In an interview with Harper's Bazaar US, the model, 26, spoke candidly about her engagement with the nonprofit and her desire to support young women. When asked about her work with She's the First, Hammam said that as a woman in this type of position and profession, she felt the need to help women, encourage them, and provide examples of how they may achieve their goals.

The model mentioned during the interview that her mother, who relocated to the Netherlands at the age of 19, is a tremendous influence on her.

Hammam is one of the industry's most sought-after models. She has walked the catwalk for prestigious fashion brands including, Burberry, Fendi, Prada, and Balenciaga. Hammam, who has been featured in prestigious fashion magazines like Vogue has also starred in worldwide campaigns for brands like Chanel, Giorgio Armani, and a number of others.