On the occasion of Arab Heritage Month in the United States, it makes perfect sense that our champ Toni Breidinger represents this empowering brand! 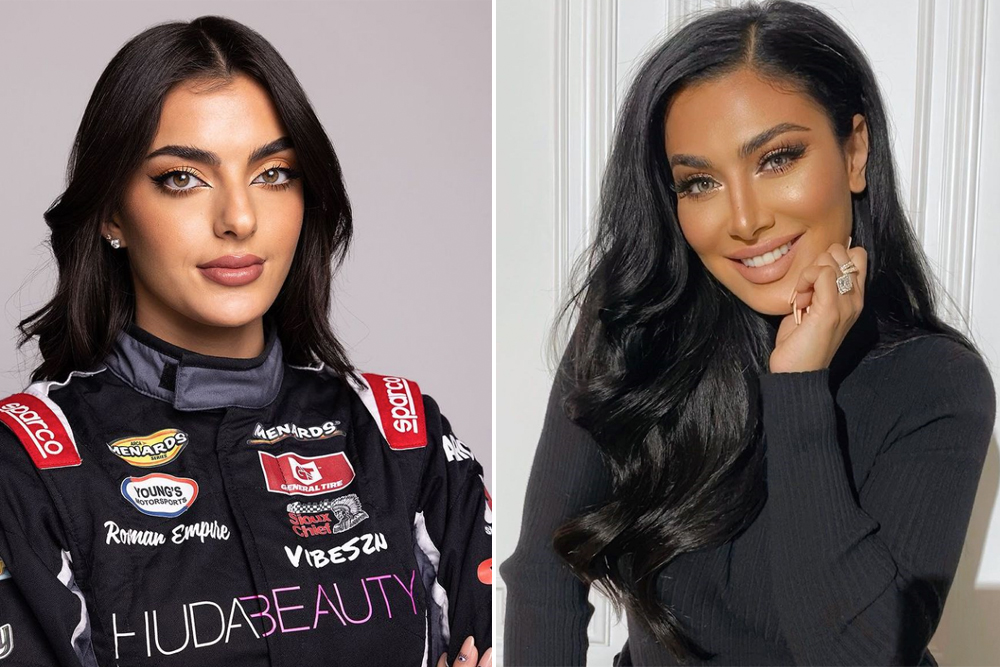 Breidinger, being the first ever Arab female NASCAR driver, is a pioneer and role model for women of all ethnicities and backgrounds who want to participate and succeed in the male dominated sport. Toni currently drives No. #02 SS Chevrolet for Young’s Motorsports in ARCA, and at just 21 years old, encompasses 19 USAC wins – which is the highest record for any female driver.

In 2018 she joined the Venturini Motorsports team, where she made the top 10 list, and has since garnered an Instagram following of over 1 million, making her one of the most powerful in NASCAR on social media. In the past the Lebanese racer has been the face of a number of commercial campaigns with brands such as SKIMS, Tory Burch, and Head & Shoulders, just to name a few, and appeared in magazine and TV shows including, Paper Magazine, Ellen, The Today Show and many more.

Now, in the latest of her many exciting brand partnerships, her latest one with Huda Beauty makes total sense as Toni pays homage to her own and Huda Kattan’s Arab-American upbringing.
The NASCAR driver will be working in close collaboration with Huda in a bid to highlight the importance of cultural recognition and representation as well as female empowerment.

When it comes to inclusion and diversity, no one does it better than Huda Kattan via Huda Beauty, who took to Instagram to announce the exciting news of her partnership with Toni, captioning an image of her wearing her NASCAR jumpsuit with “Huda Beauty” emblazoned across the chest.

In a released statement, Toni also spoke about her excitement to work with Huda Beauty and how inspired she was as a child by the makeup mogul, and said, “Huda was a big inspiration to me growing up. When I was younger, I used to sit in my room and pretend to make YouTube videos just like her and it feels like a full circle moment now that I get to work alongside her. I am beyond honored to continue to tell the story of the importance of inclusivity and diversity through our work together.”