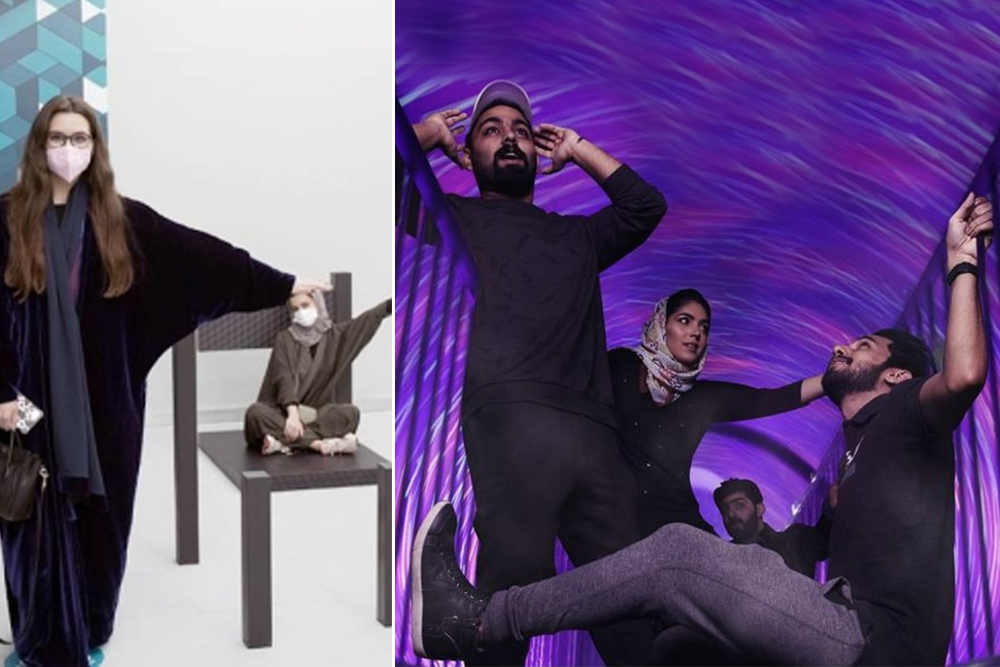 If you’re in Riyadh and looking for an interactive, immersive, engaging, and overall fun experience, then look no further as the world-famous Museum of Illusions hits the capital city of Saudi Arabia. The museum is setting up shop in Riyadh Park and is offering visitors of all ages a world of illusions that will have you questioning your own senses. From optical illusions to brain puzzles, holograms to immersive rooms, it’s never a dull moment at the museum.

Is he following you? pic.twitter.com/vYpKrQw9sA

Perhaps one of the most popular experiences is the Rotated Room that allows visitors to take photos of themselves walking on the room’s walls and ceiling, providing a gravity-defying and fun, photo-op experience. Another much-loved attraction of the museum is the Tilted Room, described on the official website as “a brain basher” that “will even shake up those who believe in the laws of physics as your brain and eyes make unconscious inferences about whether you are standing on a flat or slanted surface.” Inside, you will witness the impossible, such as balls rolling upwards, water flowing uphill, and more.

In addition to all these mind-boggling and brain-teasing experiences, the museum, which is spread over a 500-square-meter space in Riyadh Park, also offers a number of sensory experiences, allowing visitors to touch and feel certain displays. All in all, visitors will be pleasantly surprised by this space that combines science with fun, innovation with entertainment.

Created in 2015, in Zagreb, Croatia, Museum of Illusions started as a unique project and soon became one of the fastest growing education and entertainment places, with locations in 15 cities around the globe; and continues to expand. Soon after its original concept was launched, the museum quickly became a recognizable brand and leading attraction in each city where it is launched.