It was just two years ago women were allowed on the grandstands to watch football matches in the Kingdom... 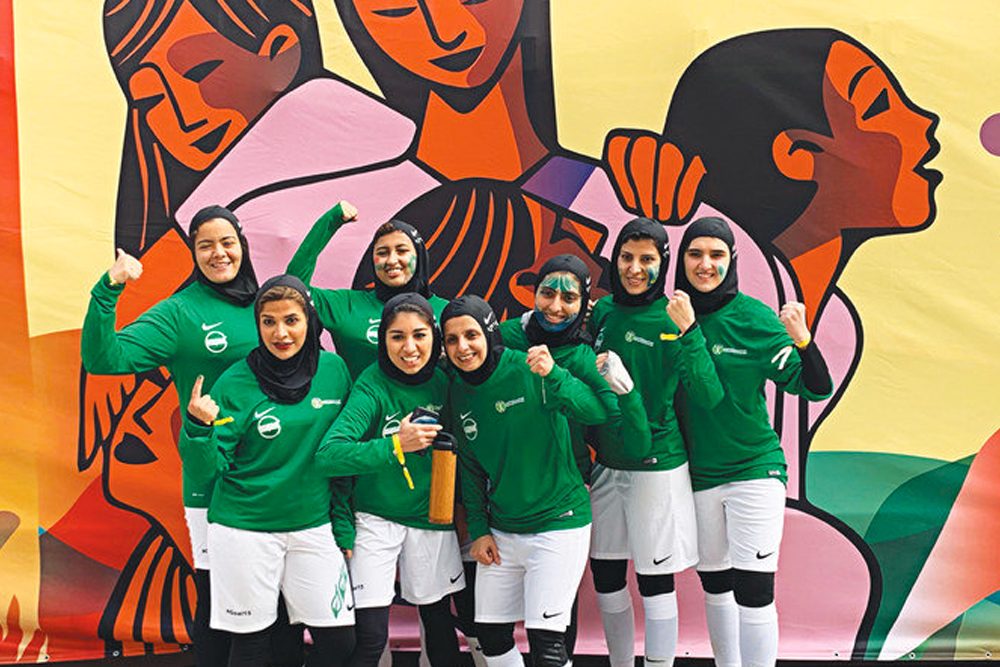 Saudi Arabia's first Women's Football League (WFL) has finally kicked off, with seven matches played in the capital Riyadh and the Red Sea city of Jeddah on the recent opening day. The exciting moment was supposed to take place in March after the Saudi Sports for All Federation (SFA) launched the WFL in February, but was postponed due to the coronavirus.

The results included an 11-0 win for Tigers over Jeddah Challenge and a 10-1 victory for Al Riyadh United over Najd Al Riyady. Over 600 players for 24 teams based in Riyadh, Jeddah and Dammam are competing for a championship cup. The teams are competing in their respective cities before taking part in the national championship stage for the cup. And the prize purse for the league is $133,000.

“We started preparations early, and the delay due to the pandemic actually worked in our favour. We were able to take more than two months to prepare for the tournament,” Maram Al-Butairi, General Manager and head coach at Dammam-based Eastern Flames FC, told “Arab News.”


While the opening matches were not televised, many Saudi football fans are excited about the tournament. The competition has been applauded as a step to boost female participation in sports, with many showing support for the event. “This is a very happy day for all athletes, be they male or female. And based on what we’ve seen, and how beloved the sport of football is all over the Kingdom, I believe we will see many more of our sisters getting involved in professional sports,” Abdullah Alyami, Saudi football coach and sports reporter told the same newspaper before the matches.

From @Saudi_SFA with love: Mayadah Mahmoud Alhashem and Rawh Abdullah Alarfaj, two of the Greens Team athletes smashing through stereotypes, share their pride in being Saudi Arabian with #AboutHer on the 90th Saudi National Day.#اليوم_الوطني٩٠ pic.twitter.com/tOBSZ3lMgo

Riyadh-based Najla Ahmed, who plays on her school’s football team, also told Saudi’s English daily she would try for a local team in 2021. “I’ll be 17, and therefore eligible, and I would love to see anyone try and stop me,” she said.

The government-run SFA said it was aiming "to empower women and to encourage them to become active and to participate in sports at the community level" through the WFL. It was in January 2018 women were first allowed in stadiums to watch men’s football matches. And it was less than a year back, in December 2019, when the Saudi Arabia Football Federation organised its first ever women’s competition, the Jeddah Women’s Football League, which the Jeddah Eagles won.