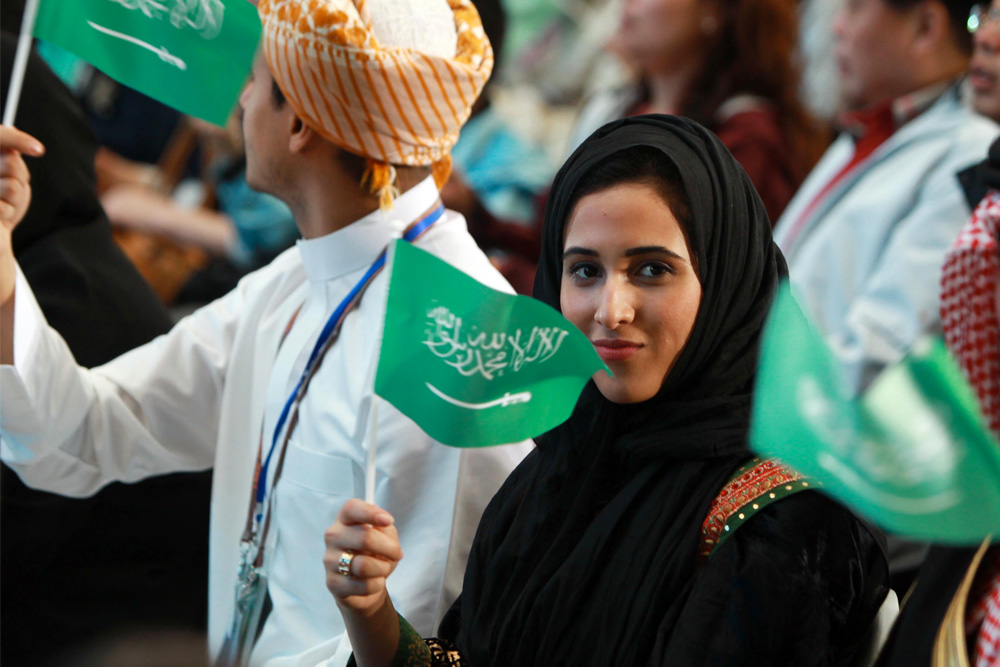 Under the Saudi National Vision 2030, women’s rights and issues are at the heart of the Kingdom’s development projects. The past few years have been lifechanging for Saudi women and it’s only the beginning of their empowering journey.

In the 75th session of the UN’s General Assembly, Mohammed Khashaan, second secretary of the Saudi mission to the UN, delivered a speech to the Third Committee, whose work focuses on social, cultural, and human rights issues affecting people all over the world.

Walking his audience through the waves of changes for women in Saudi Arabia, Khashaan spoke of the law changes promoting gender equality. In a result, women in Saudi Arbaia have reached high-ranking positions in both the public and private spheres. The second secretary noted the emancipation of Saudi women in the legal sector where they were offered opportunities to also work in public prosecution offices.

A strong example is May Alobaidy, who is the first Saudi woman to reach the post of adviser to a minister. “If we look at the empowerment of women worldwide, we see that Saudi Arabia has the biggest share, and it is proceeding at an extremely fast pace,” she told Arab News. “As a Saudi woman holding a leading position, I do see a real impact of these social reforms in society.

“Women’s empowerment is noticeable in the increasing participation of women in the labor market, which has hugely pushed for gender equality. Moreover, a growing number of women are occupying leadership positions, locally and globally. Also, new government policies and legislation have been introduced in the past few years to increase the employment of women in all fields,” she added.

#G20: The Think 20 (T20) task force 6 held a seminar on the economy, employment opportunities, and education in the digital sphere, touching on topics like the gender gap in the changing digital sphere and seeking self-sustaining solutions to minimize online security risks. pic.twitter.com/HSQODaSUzm

In his speech, Khashaan took note of important initiatives such as the establishment of the Saudi Human Rights Commission, the launching of the Children Hospitality Service Subsidy Program for Working Mothers (Qurrah), which helps working women find child care, and the Female Transportation Program (Wusool), which insured them reduced transportation rates. Another milestone achievement is Qiyadiyat, which is a platform aimed to provide training to female leaders and other activities.

“Recently the Labor20 Summit, which was held as part of Saudi Arabia’s presidency of this year’s G20 Summit, stressed the importance of empowering Saudi women and youth,” Alobaidy told Arab News.

“Saudi Arabia has proven its commitment to building on the achievements of previous G20 presidencies by ensuring tangible progress in youth and female empowerment.

“Women do have a responsibility to themselves to take advantage of these reforms and empower and support one another while investing in their careers — so you do not just dream about success, you have to work for it.”

The new reforms also enhance children’s rights and their protection. Khashaan talked about the comprehensive legal framework in Saudi Arabia protecting children under 18 from har or neglect and mentionnent the support of a child protection system, which sets a minimum age for marriage and a system for prosecuting violators.