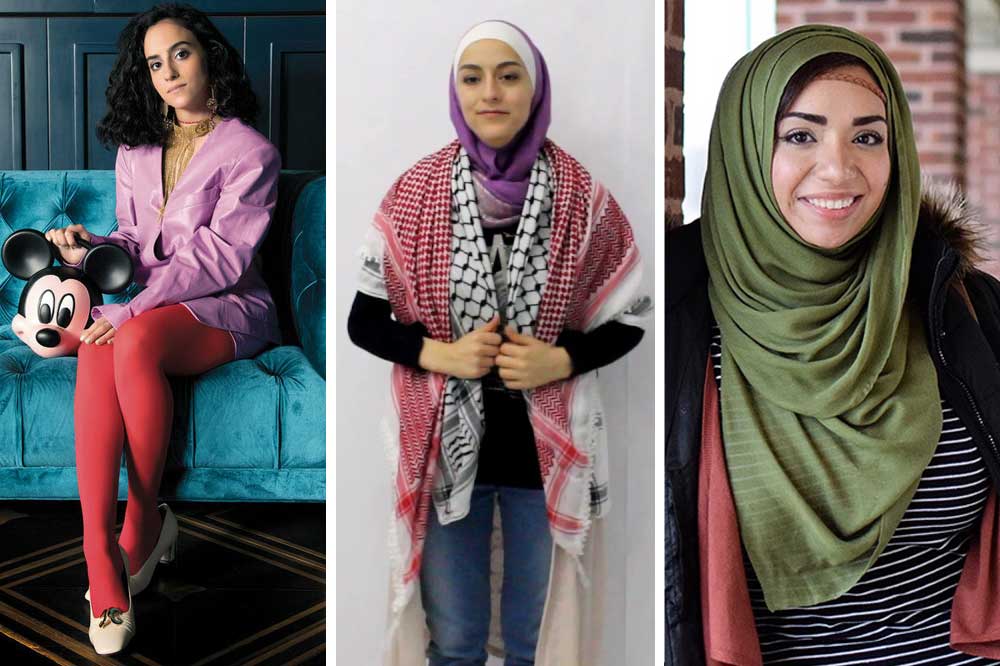 Last month, the world was left stunned, appalled and enraged by the unlawful murder of George Floyd by Minneapolis police. Since then, people all over the world have taken to the streets to show their support for the Black Lives Matter movement, in solidarity with those protesting in America. With the movement becoming an important global social issue, the Arab world is also showing support and these three female Arab artists are doing it through the medium of their works of art…

Nouri Flayhan
Nouri Flayhan is a Lebanese artist who has been using her work to spark conversations about social injustices, whilst also conveying her own view points and opinions. Also using social media as a platform to speak out about social issues, she recently addressed the matter of racism on Instagram, captioning,

“Let’s not pretend that racism doesn’t exist in the Arab region. As we look and see what is happening around us, we are also looking within our own communities. We can all do better, we need to acknowledge the racism issues we have in the Arab region, have uncomfortable conversations about them. Reﬂect on how it affects the people in our region & try & create and be a positive change for our communities and region.”

Also speaking out about the nuances in reference to race when it comes to the Arabic language, she also captions another post stating, “Let’s not forget that the term ‘abeed’ which means slaves is still being used in Arab homes to refer to black people,” she continued, “Make sure you have conversations about this amongst each other and call out this issue.

I grew up visiting Lebanon where a popular sweet with a chocolate coating and marshmallow insides was called ‘ras el abed’ head of the slave and only 10 years ago was changed to ‘tarboosh.’”

Lina Abojaradeh
Jordan based Palestinian artist, Lina Abojaradeh explores the commonality that exists between the social injustices of the African Americans and Native Americans in the US and the experience of Palestinians in Palestine in her most recent pieces of work.

Also using Instagram as a platform on which she can discuss and share her work, she captioned her piece, in which she depicts a police officer kneeling on the necks of people of color, “As an artist and activist, I had to draw something in response to the murder of George Floyd. I stayed up all night to ﬁnish this, and couldn’t help but think of how connected different forms of oppression are. The black man choked to death, the Palestinian worshipper being beaten, the indigenous native women facing violence…

It is all rooted in the settler colonialism mentality, and in the deeply systematized belief of the supremacy of one race over another. I wanted this drawing to convey power, and so the ﬁsted hands symbolize our ﬁght for every single lost life in this war against oppression.”

Shirien Damra
With first-hand experience of living in America, Shirien Damra is a Palestinian-American artist who expresses her opinions and through her graphic art and speaks out about the social injustices that people of color in America experience.

When she had heard about the murder of George Floyd, Damra spoke out on social media and called for racism to end, “Heartbroken, angry and disgusted. This must end. Much love and solidarity to Black communities grieving another beautiful life lost. May George Floyd Rest in Power.” Not only addressing the race issues that surround her in America, she also addresses the Nakba.

The Nakba, which translates as “catastrophe,” in English, is remembered every year on May 15th by Palestinians all over the world in reference to the ethnic cleansing of indigenous Palestine. The Nakba also destroyed Palestinian society in 1948 which wiped out over 750,000 Palestinian families and homes.