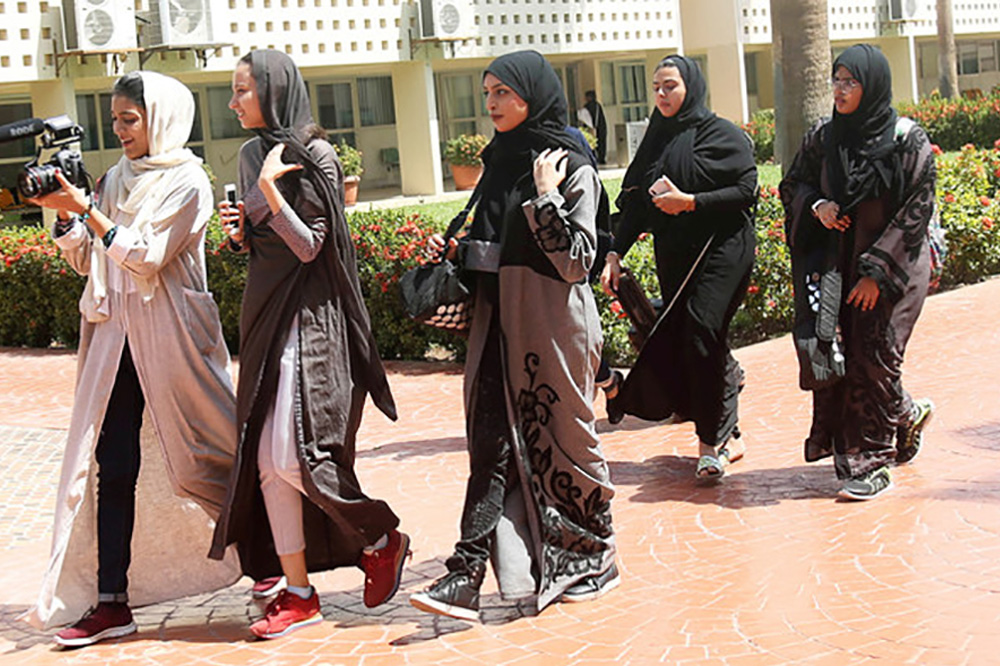 In 2017, Saudi Arabia announced a landmark decision to allow public cinemas to operate in early 2018, almost four decades after the ban was put into place. Since then, Saudi Arabians have witnessed a slew of cinemas opening across the Kingdom, and the country’s film industry has also been receiving a significant amount of support through various initiatives and programs designed to foster and develop filmmaking and filmmakers from the country.

This week, as part of this supportive atmosphere taking over the country’s film industry, Saudo Arabia’s Ministry of Culture has launched a competition entitled Daw (Light in English), which aims to support Saudi films within the country’s Quality of Life Program and has a total prize pool of over 10.5 million USD. According to various news reports, Daw aims to empower and develop Saudi talent in the filmmaking sector through four tracks, including the development of script writing, supporting film production, and supporting Saudis studying filmmaking at international institutes and universities.

Daw is currently accepting applications from filmmakers, screenwriters, and directors through its online portal (engage.moc.gov.sa/film) until December 29. After this three-month period, a jury will then evaluate all entries and select projects for each of the four tracks the competition offers. Selected projects will be announced on the 20th of February next year. Daw is reportedly the biggest of its kind to support Saudi films; it is expected to support 35 Saudi cinematic projects from short and long movies that will be produced after the competition.

As a result of rescinding the cinema ban, a decision that was made in line with Vision 2030, Saudi Arabia has witnessed key developments in local movie making production, as well as programs that support this growth. For instance, earlier this year, it was announced that in 2020, Saudi Arabians will get to experience an event that has never been held in the Kingdom’s history before: its first-ever film festival, the Red Sea International Film Festival set to take place in Jeddah between March 12 and March 2. In addition, the country also participated in the Cannes Film Festival for the first time in its history in 2018.