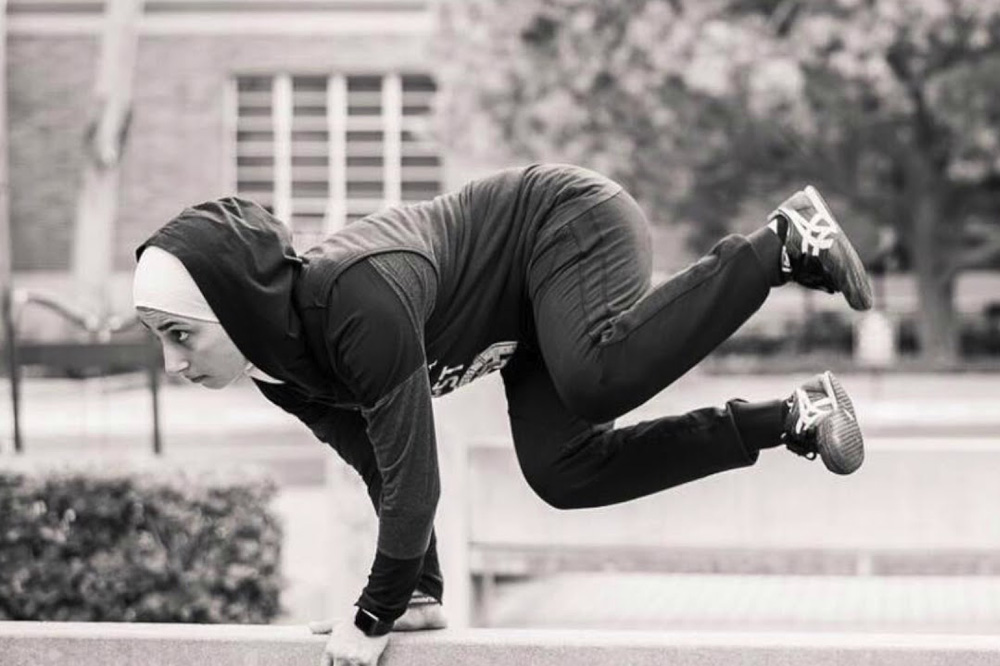 The past few years have seen more headlines on hijabi athletes than ever taking the world by storm. Many of these athletes, particularly from Saudi Arabia, have come to the limelight in the past three to four years, particularly because of their participation in the 2016 Rio Olympics. This year, one young athlete has joined the roster of hijabi personalities the world is getting to know. At only 22 years of age, Sara Mudallal is a parkour athlete who started training only two years ago and is already breaking stereotypes.

Based in Los Angeles, this young woman holds a second-degree black belt in Karate and is the first female hijabi to compete on American Ninja Warrior TV Show. On her profile page on Redbull’s website, she explained that she started wearing the hijab and training for parkour at the same time, which has made the sport “very sentimental” to her and closely tied to her choosing to don the headscarf. 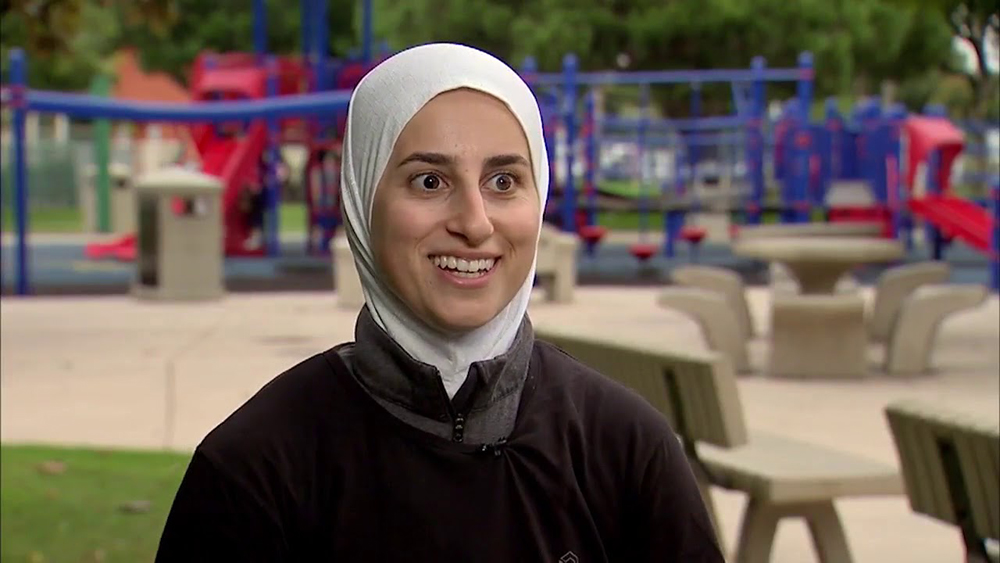 In a recent video shared online, Mudallal explained that when most people see her doing parkour, they are genuinely excited to see a hijabi partake in such a sport, while others see her and say problematic things such as “oh, she’s fighting for ISIS (The Islamic State of Iraq and the Levant).”

“Stereotypically what people portray in the media when they see hijabis, they’ll think extremists or oppressed […] I need to step out of the box. I need to be out in the open and be like 'Hey guys! Get yourself together, we need to fix this',” she explains.

On her journey towards becoming a parkour artist, Mudallal explained in the video, saying, “As a kid I always loved jumping on things. When I really started getting into it, it was 2015. Like I honestly loved it. I walked in the gym, literally the only person wearing the hijab, but I could care less ‘cause I really wanna do this! Everywhere I go, I just see the world as one huge playground. Right? If I see a wall and I’m like 'Oh man, I could probably jump over that'.”

Popular since the 80s, parkour was developed in France by Raymond Belle, the son of a French physician and Vietnamese mother, and later on by his own son David and his group of friends. In parkour, practitioners aim to get from one point to another without assistive equipment and in the fastest and most efficient way possible, by running, climbing, swinging, vaulting, jumping, rolling, quadrupedal movement, and other movements that are most suitable for the situation.

Getting more and more comfortable on concrete! Thanks for helping me with the line @sydneyolson1

In recent years, hijabi athletes such as Mudallal have caught the attention of the world, partly because of changes in the field allowing them more access than ever. For instance, in 2012, the International Volleyball Federation changed its rules, allowing less-revealing uniforms at the London Olympics after various countries lobbied for it, and in 2014, FIFA officially allowed soccer players to wear turbans and hijabs.