The Creative World of Ruh Al-Alam: Arabic Calligraphy in Art and Design 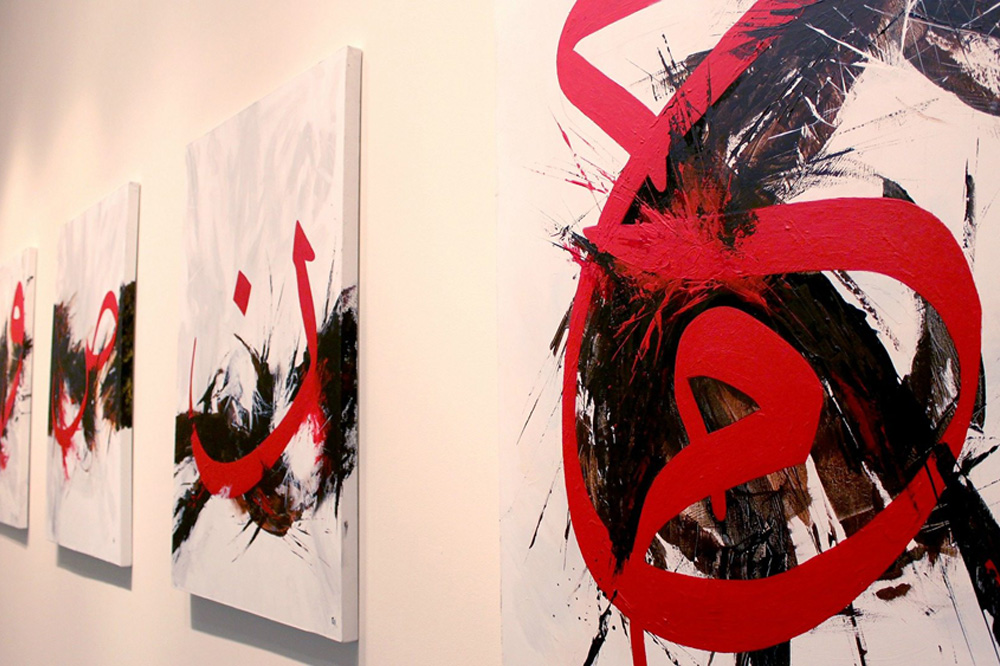 Over the past two decades, British artist and designer Ruh Al-Alam has continuously evolved his passion for Arabic calligraphy across multiple disciplines – a passion that stems from his love of typography and visual communication.

Al-Alam’s background is in Fine Arts and he also studied Graphic Design at the prestigious Central St. Martins – but in 2003 he took a leap of faith and moved to Egypt for several year in order to learn Arabic calligraphy, thus fulfilling a lifelong dream.

Studying Arabic calligraphy in-depth added new dimensions to his work and today he is known for developing his own calligraphic script styles and innovating with Arabic typography. And although not all of his work is calligraphic, it always plays a significant role in the message Al-Alam portrays.

Al-Alam has been running his own successful agency called “Archetype” for almost 20 years and his long list of corporate clients reads like the “who’s-who” of global brands. But for this list, let’s focus specifically on his amazing art works:

Black & Red
“Black and Red” is a series of canvas paintings that were painted with a palette knife. The theme for each piece is the depiction of individual Thuluth letterforms (except for the Ha-Mim) and the vibrancy and energy that each one represents. The pieces were produced for an exhibition in Sharjah in 2013: 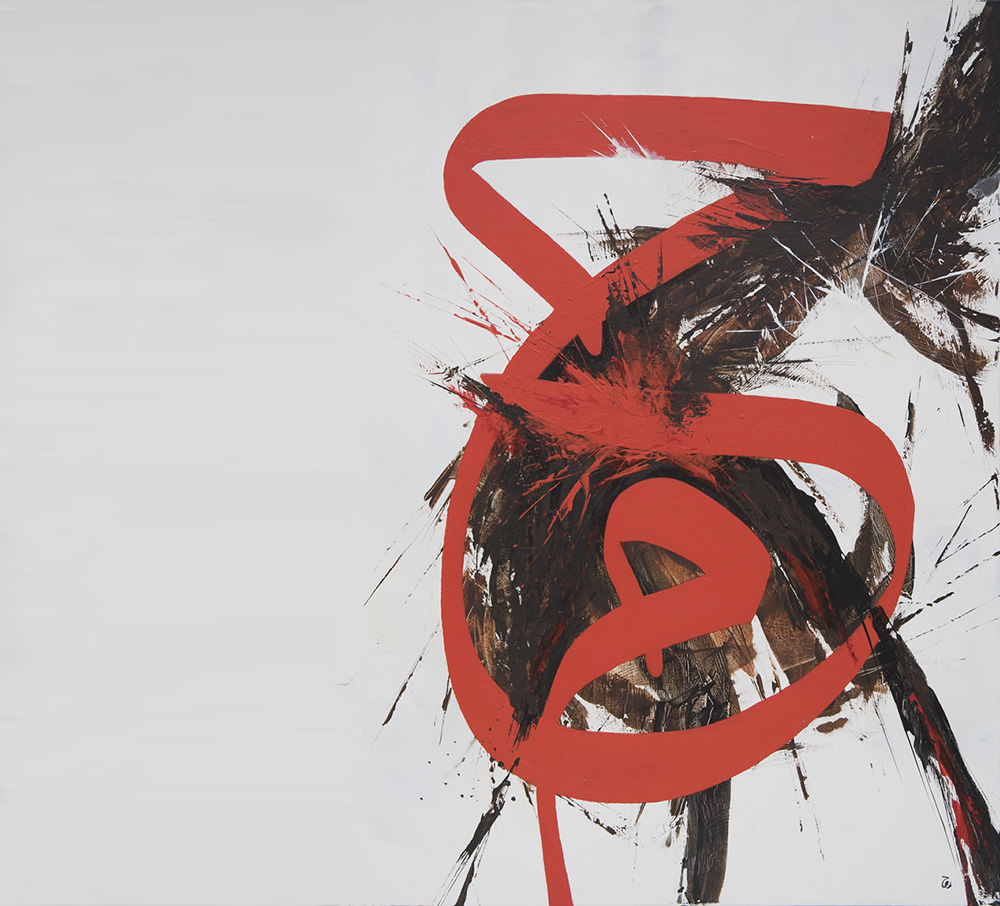 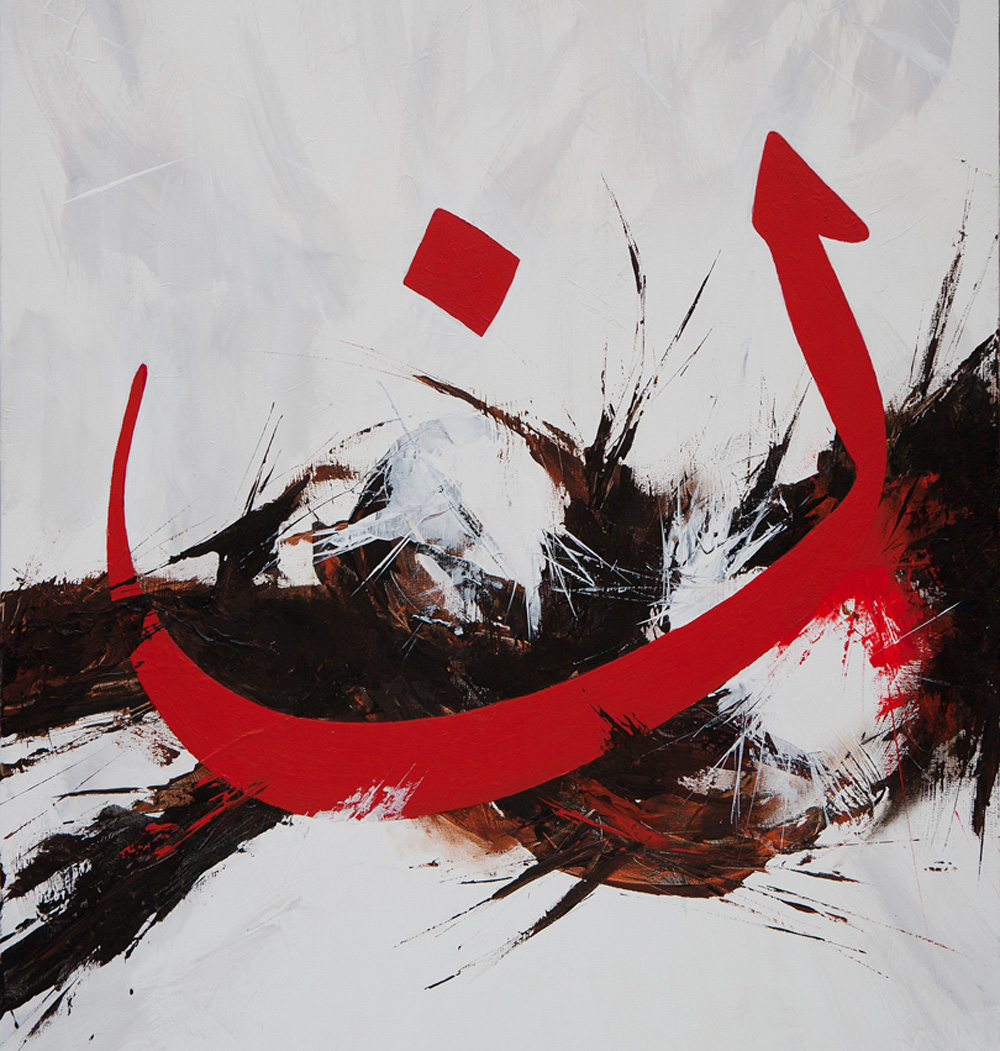 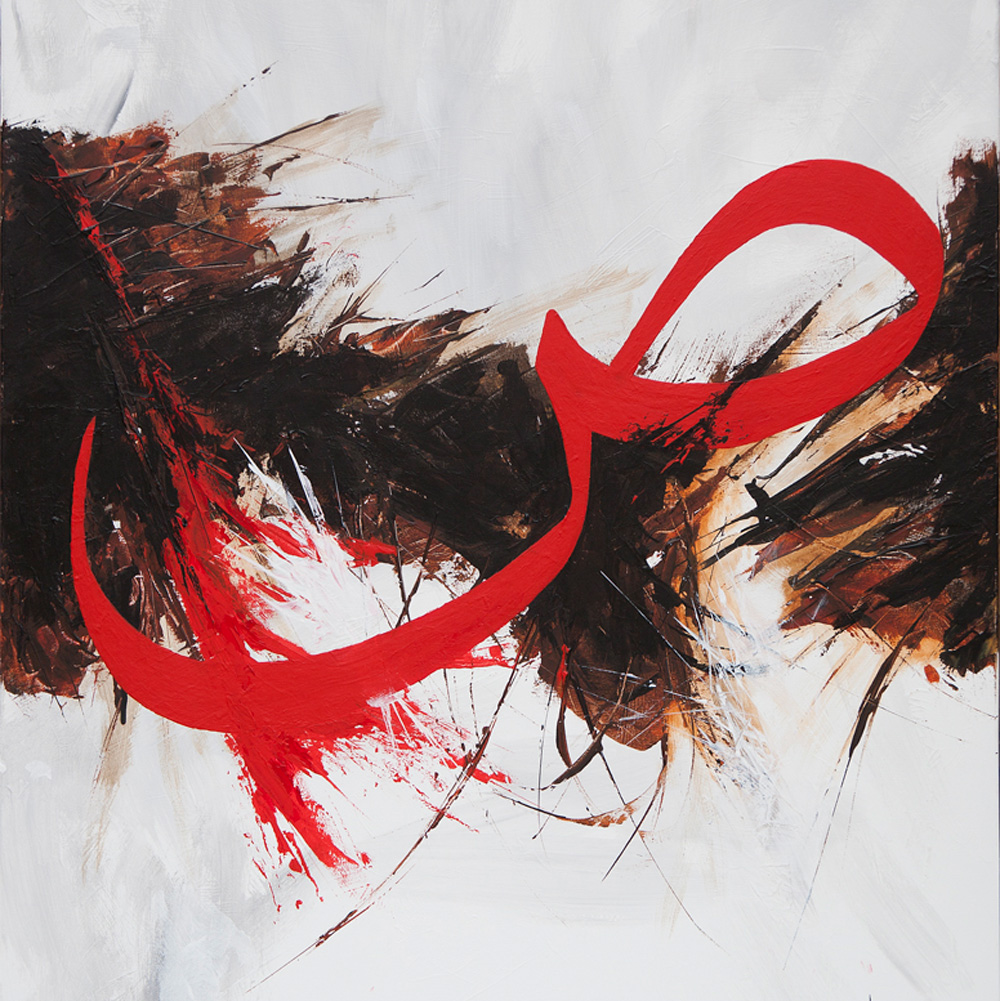 Allah in Red
This work is painted acrylic on canvas in a custom script that reads “Allah”. 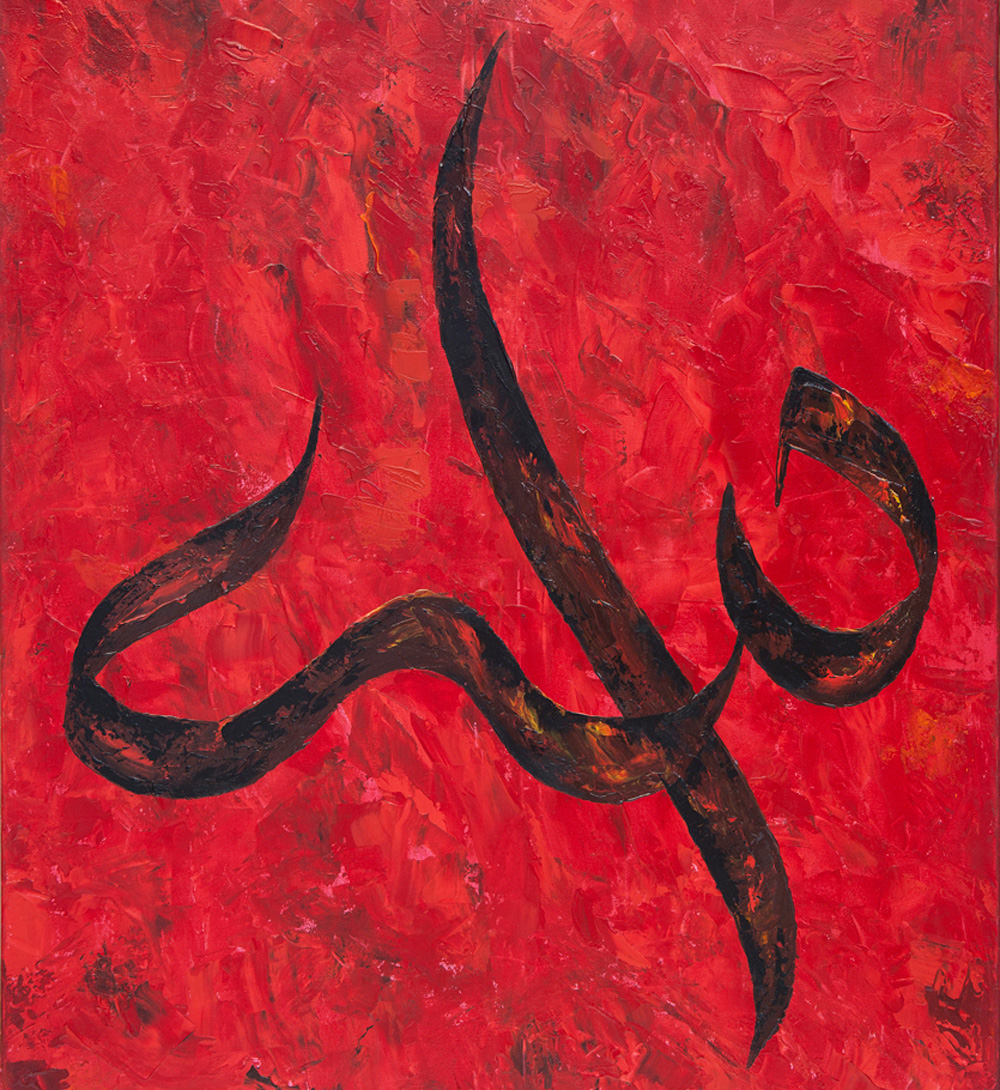 Black Canvases
This is a series of “calligraffiti” style paintings that were make using special effervescent and interference acrylics paints on black stretched canvases. 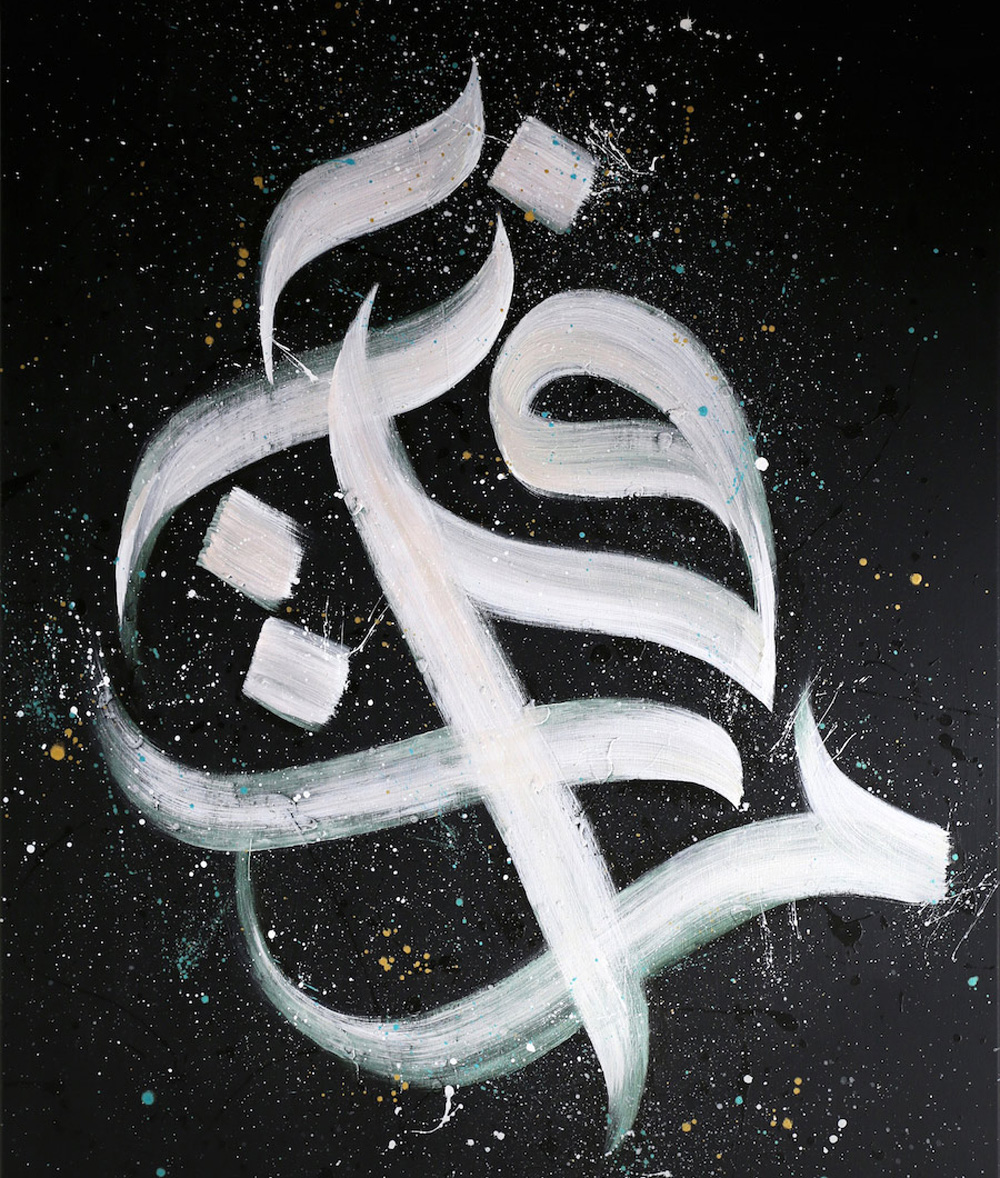 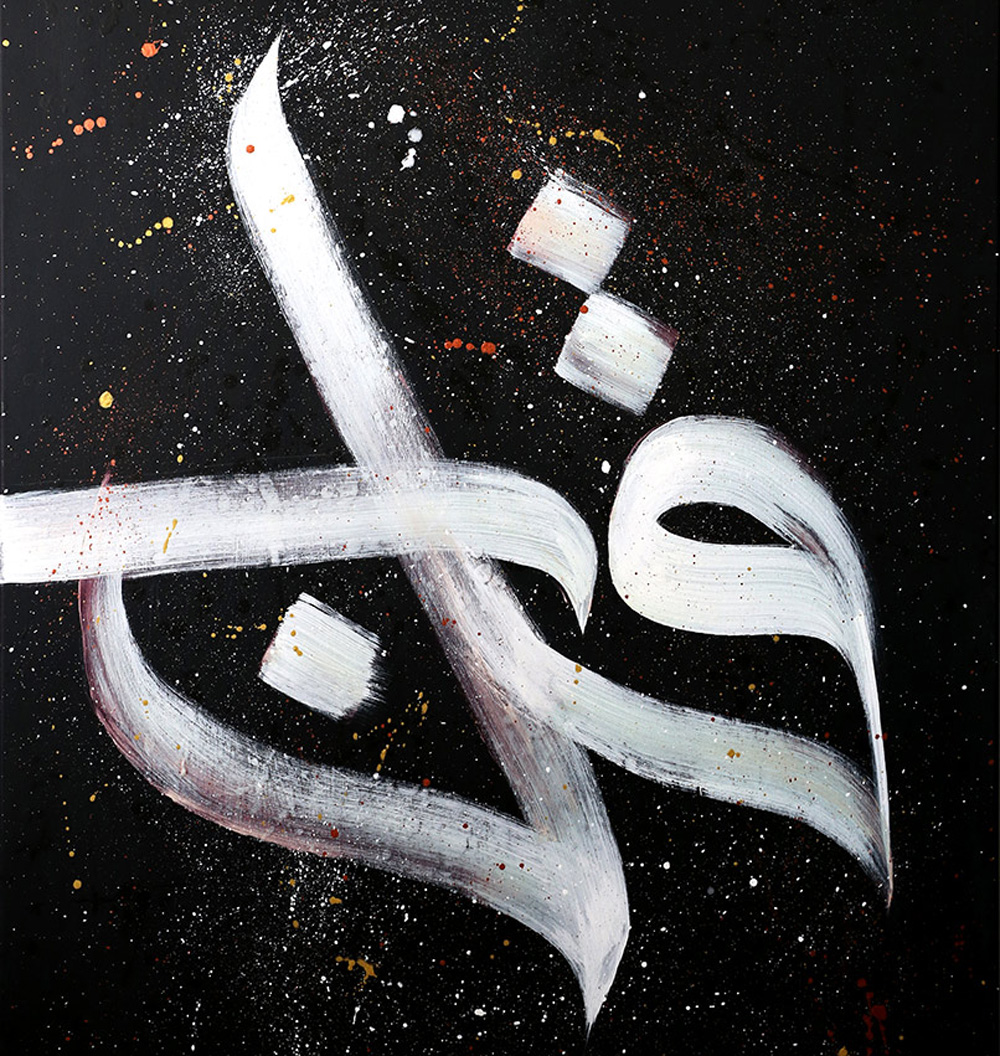 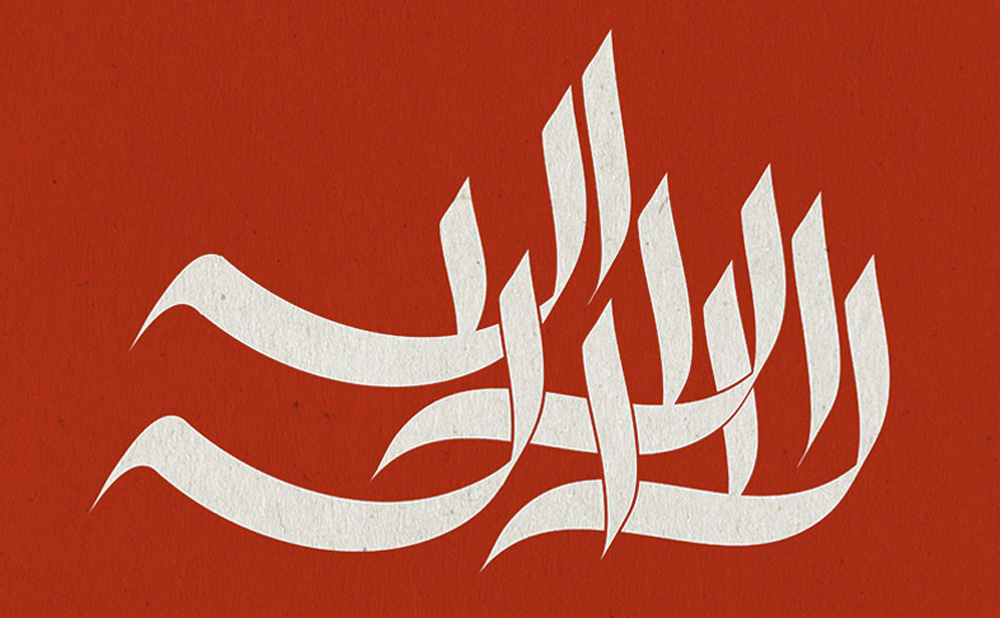 Pens Have Been Lifted
Written in a newly adapted script based on classic Thuluth, this artwork is inspired by the saying of the Prophet, “The Pens have been lifted, the pages have dried.“

Kufic Ka’bah
This is a square canvas in hand-painted Kufic script that reads “Allah.” The white lines are defined so as to resemble the Ka’bah. 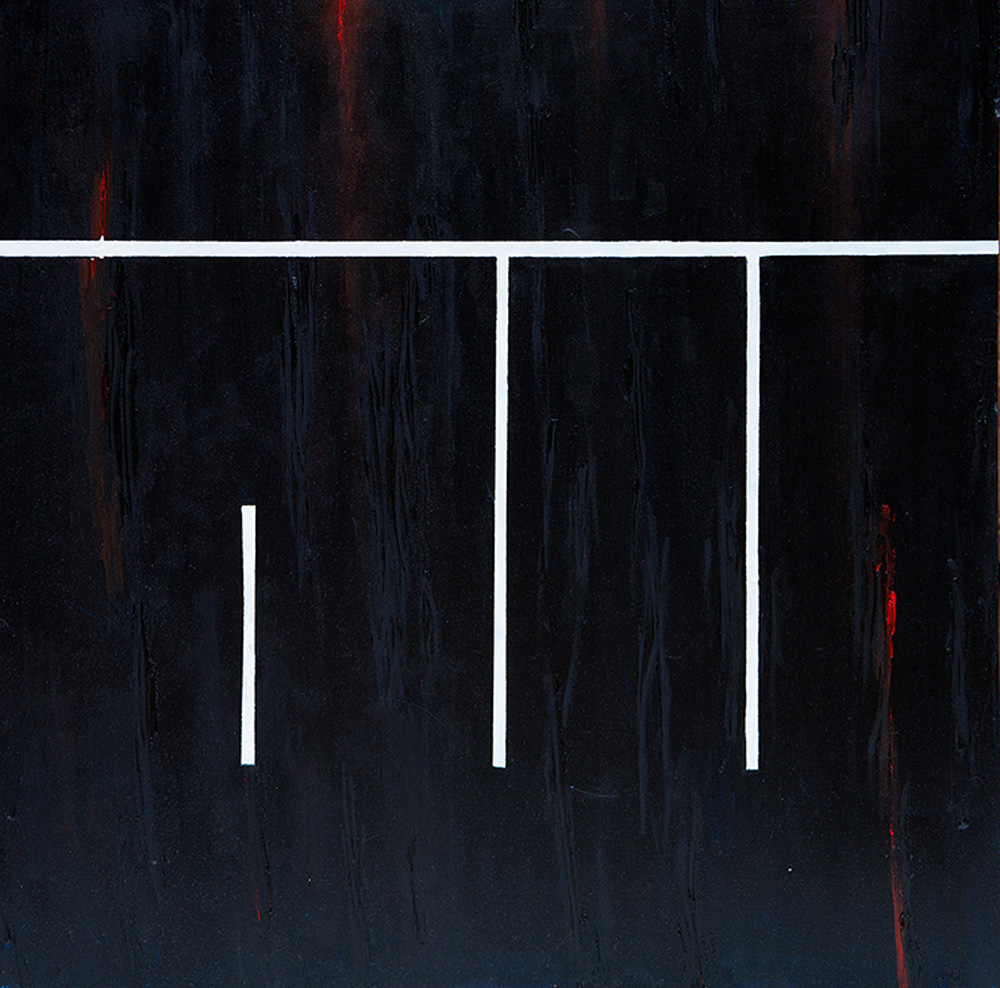 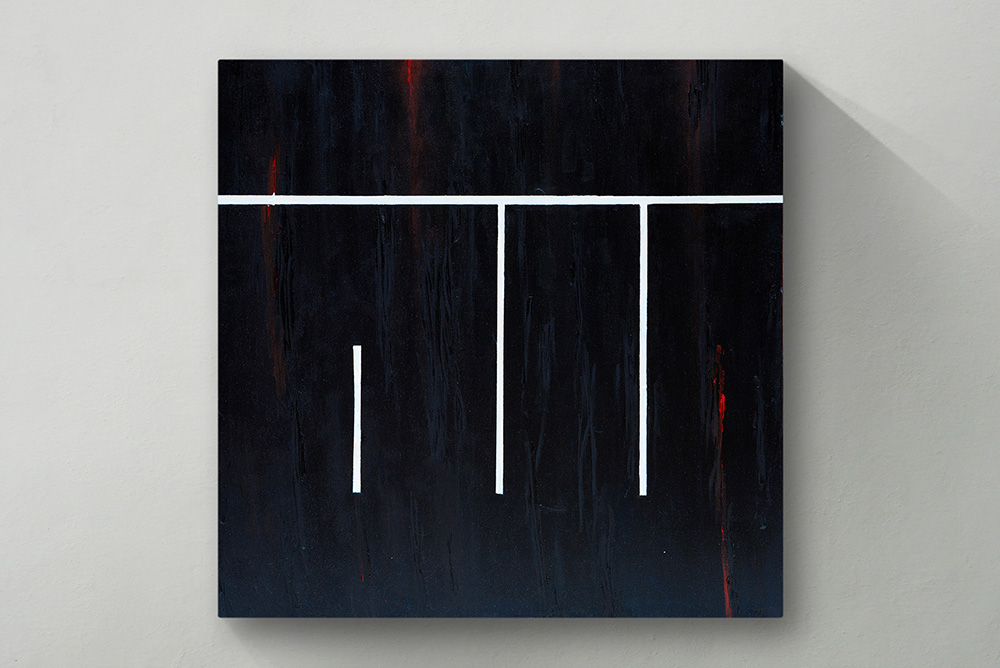 PBUH
This works is written in a custom script inspired by classical hijazi script styles and it reads “Muhammad.” 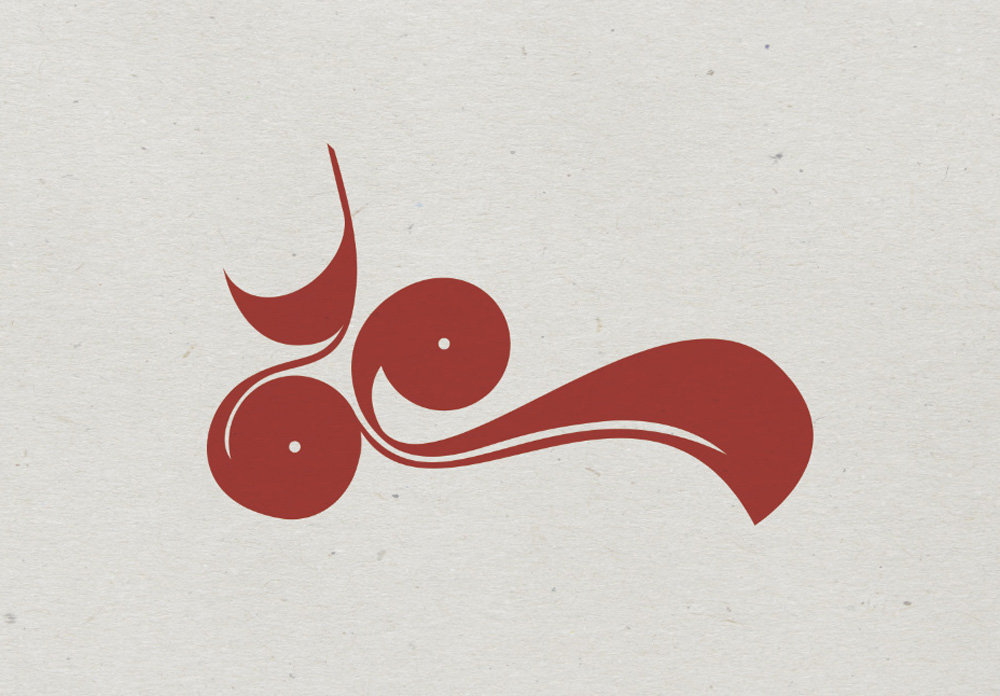 THE LETTERS
“The Letters” is a small series with a focus on the lesser-known letters of the Quran, the so-called “Muqatta’at.”
KAF HA YA AYN SAAD 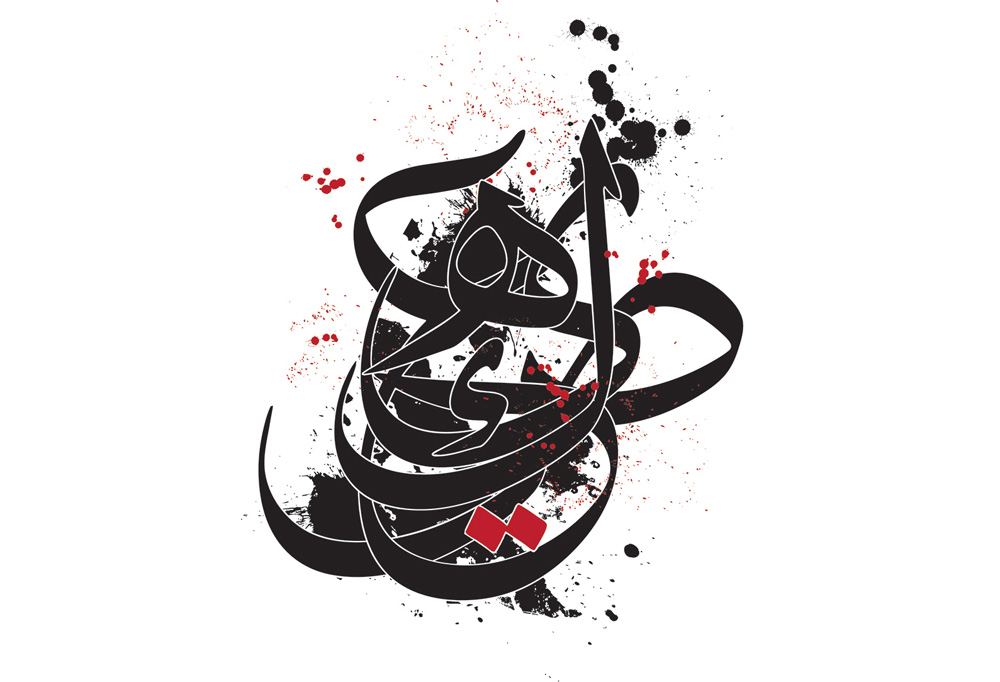 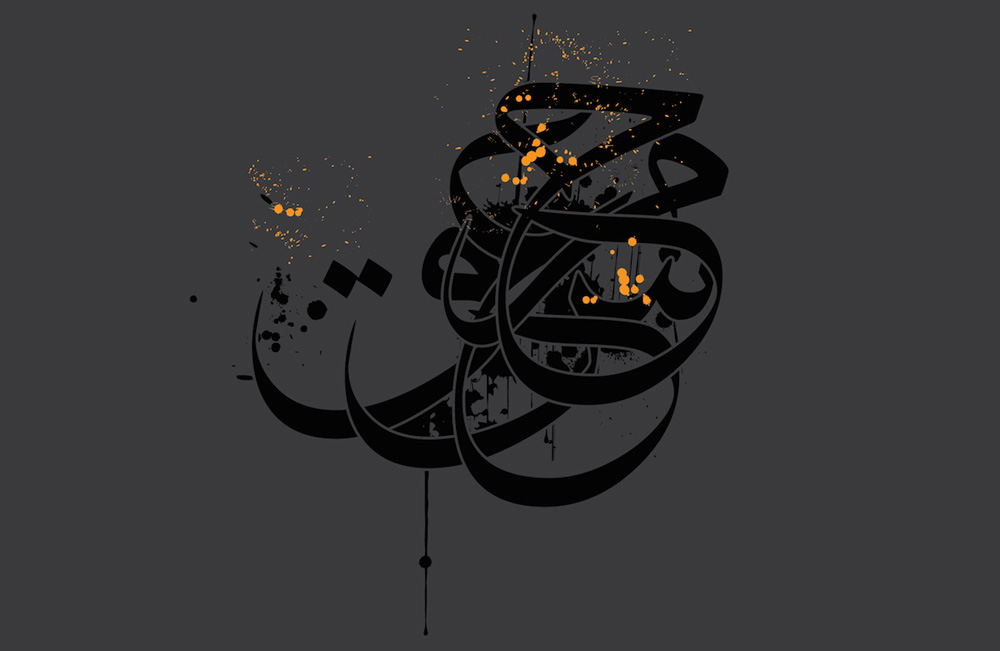 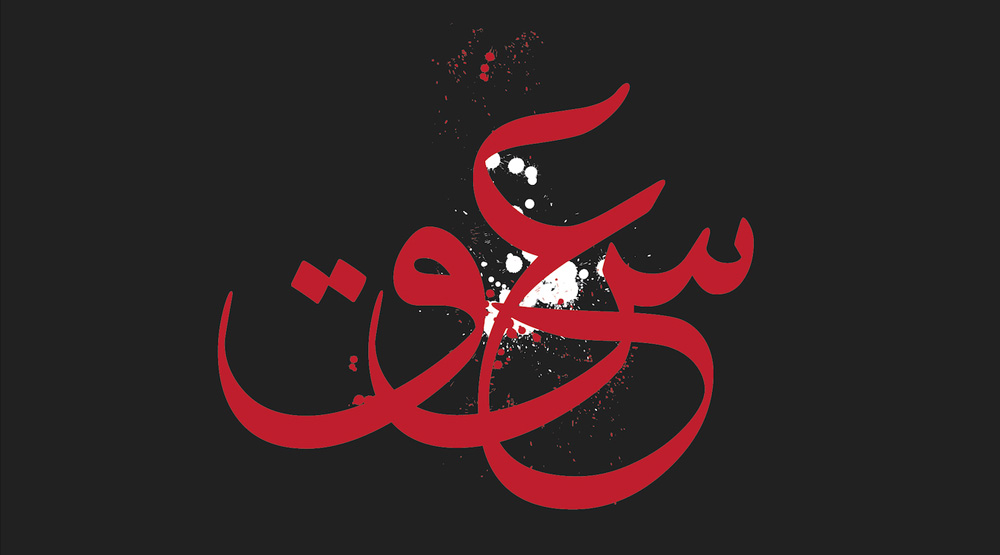 Falaq
This work represents the first line of “Surah Al-Falaq” in a custom script style. 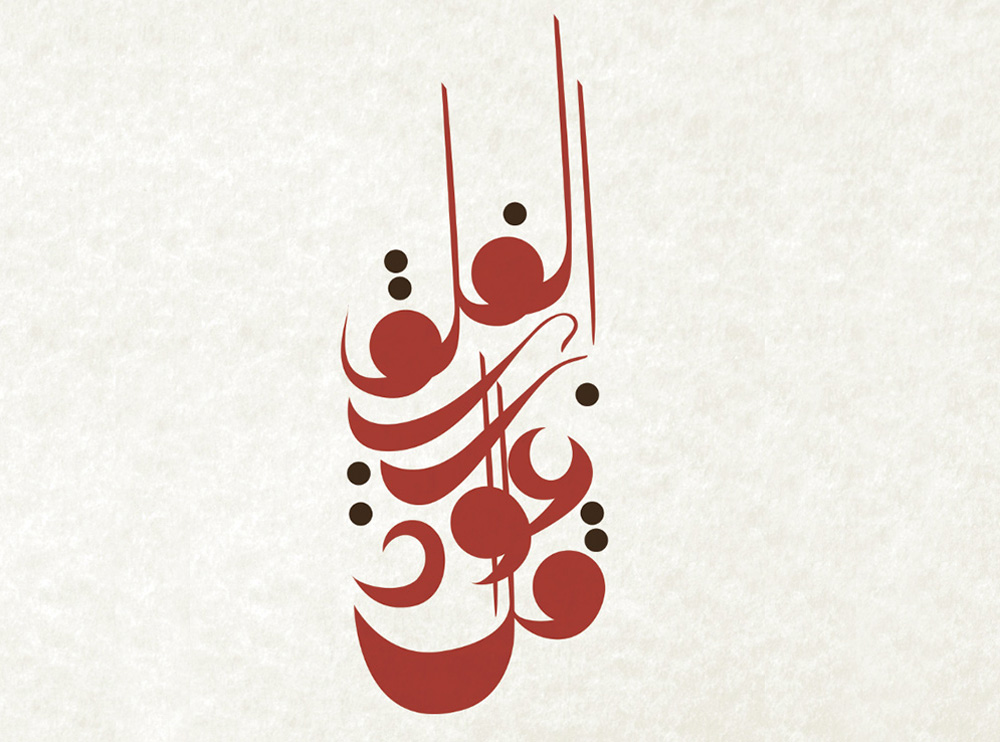 Qalam & Iqra
This is a set of two canvases that were hand painted using a palette knife. They represent two single words each and are done in a freestyle form. 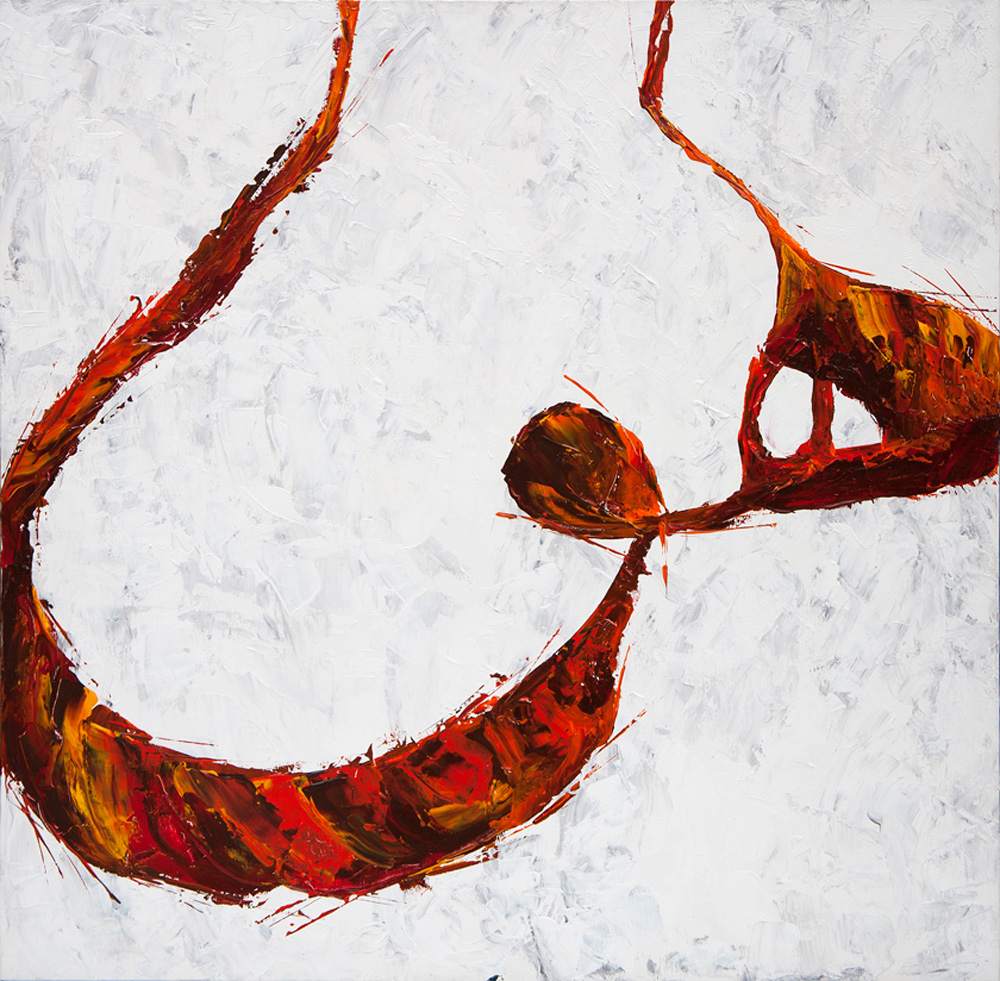 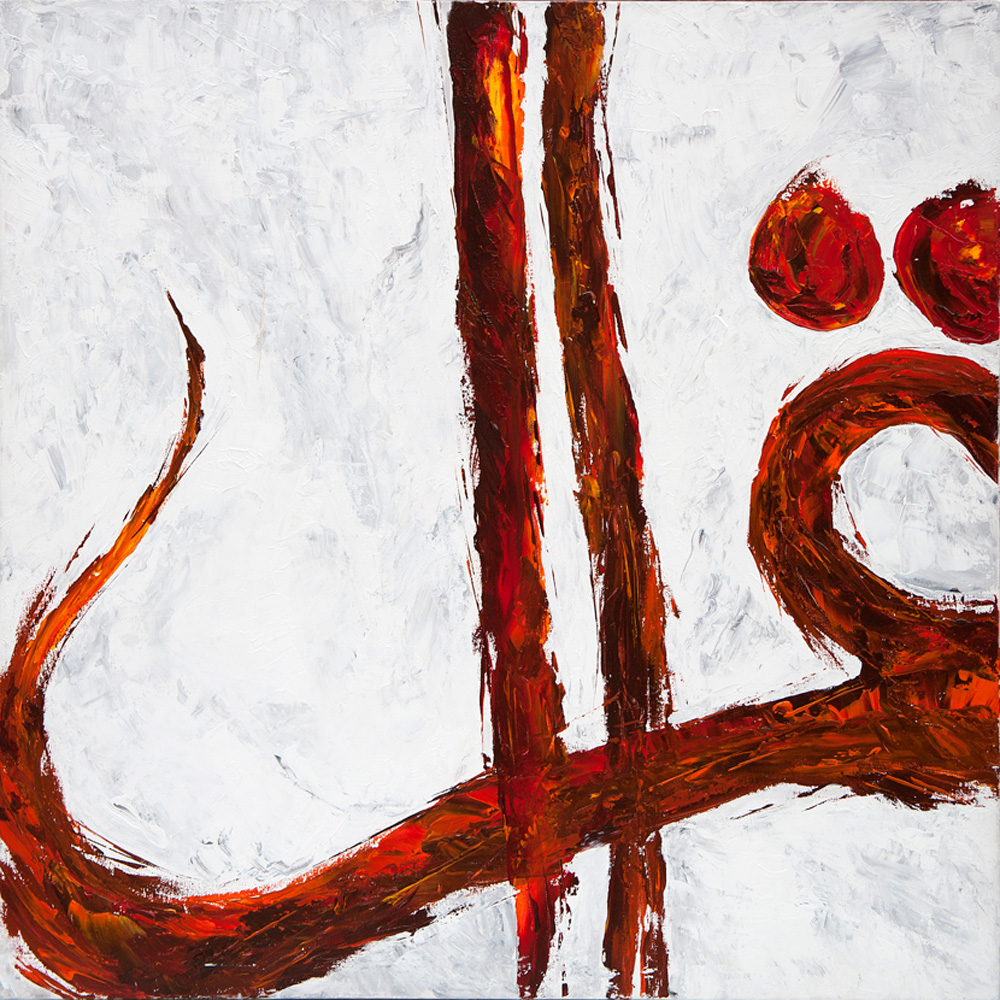 Isn’t this really impressive? There’s a lot more to see on Ruh Al-Alam’s website, from his design to his projects, that include a whole hijab collection, prayer mats, stylish t-shirts, posters, and much more. There are also some clips you can find there as well, such as this award-winning short film that Al-Alam art directed, called “Deaf Not Dumb.” There’s so much going on in Ruh Al-Alam’s world that you may want to just keep up to date on the news part of his website – but above all, we hope that his artwork dazzles you!