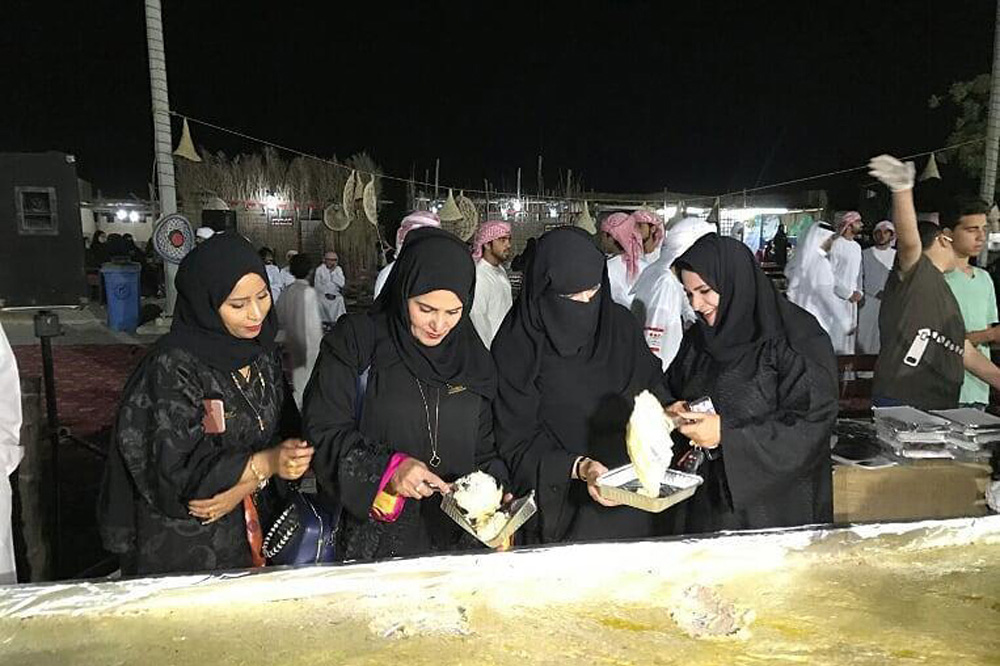 Just days after Saudi Arabia set out to break a number of world records during its 88th National Day celebrations, first with the largest mug cake mosaic (which took 30 bakers almost 8 hours to create) and then with the largest national flag to be displayed in the sky (last year it beat the world record for largest flag unfurled underwater), one Saudi woman has now made her own delicious record-breaking feat. Chef Mariam Al Ahmad has been making headlines this week for cooking up the largest bowl of “harees,” a Saudi Arabian dish made of meat and boiled or cracked wheatberries.

According to Akhbaar 24, the Saudi Arabian culinary mastermind was awarded the record at the United Arab Emirates’ "Sofra" festival, which was held in Ras Al Khaimah. Her dish, which was cooked in a 150-meter high pot, is considered to be the largest of its kind in the world. Speaking to the news site, Al Ahmad expressed her happiness at the achievement and also took the opportunity to dedicate her feat to all Saudi Arabian women, saying, "I want to prove that Saudi women can shine at international festivals and competitions.”

Flag and food aside, Saudi Arabia has also managed a number of record-breaking achievements in the past, and many for a good cause. Over the last few years, Saudi Arabia was awarded for altruistic-focused records such as creating the largest picture mosaic formed by people for the 2017 World Diabetes Day, in which 4,500 participants gathered together in Jeddah to produce the record-breaking image. 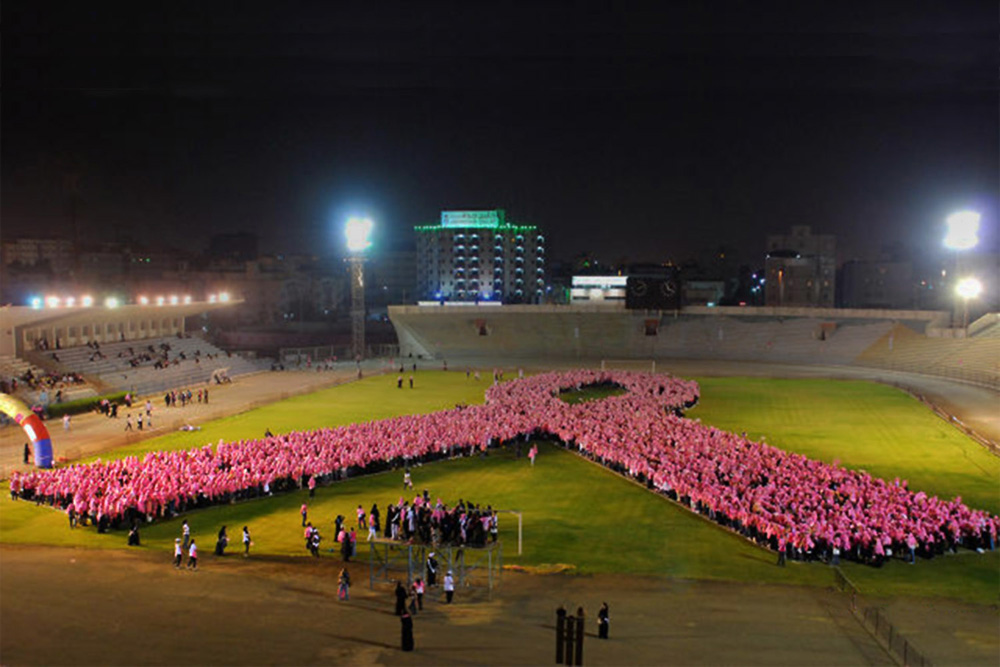 Forming the largest human pink ribbon in 2015, made possible by 8,264 participants who gathered at an event organized by the 10KSA initiative in order to raise awareness about breast cancer, and donating the highest number of school supplies –  4,019 kilograms to be exact – in 24 hours.